MCB’s Simone Messmer: Whatever it Takes; Part I 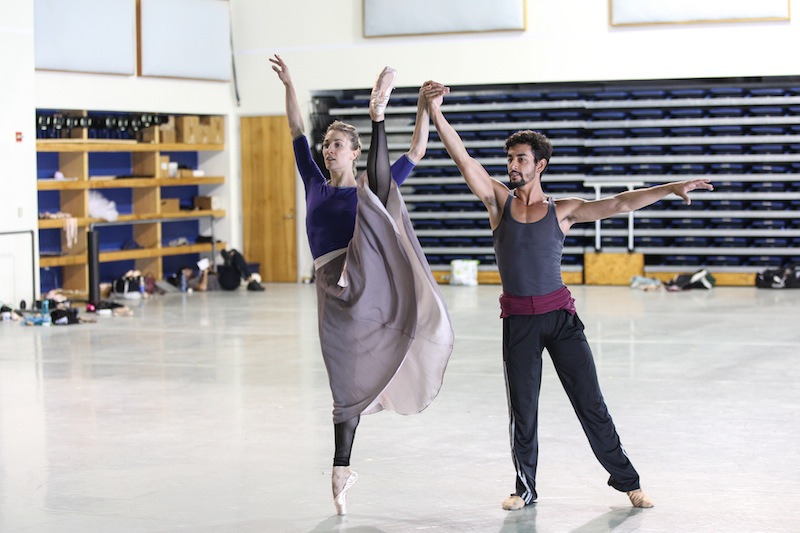 As many fans of Miami City Ballet know, a new addition to this year’s lineup is principal ballerina, Simone Messmer. Recently Artburst had the chance to sit down with Messmer at La Folie café on Espanola Way. Fresh and animated in white sweat pants and pale blue halter-top, arms crossed as she smoked a cigarette, her posture was so relaxed it was difficult to take in at first that this was the same person whose body challenged the vertical so forcefully as she danced the role of Odette recently.

French tourists chattering beside us, we spoke on topics that ranged from her training at American Ballet Theater, the methods she employs to break down roles, her decision to leave ABT and the difficult year with the San Francisco ballet. The talk also touched themes that echoed recent Artburst interviews with MCB dancers Jennifer Kronenberg and Rebecca King: the challenges social media poses to ballet’s artistic landscape and the dangers to the art form threatened by erosion of traditional authority.

Artburst will cover the interview with Messmer in three parts.

Part I, Theater and Technique

Artburst: Your fusion of technique with theatricality was remarkable during your performance as Queen of the Swans in Balanchine’s Swan Lake during Program I and even more so as one of the three girls the sailors compete to impress during Robbins’Fancy Free.

You didn’t depend on exaggerated facial expressions or mime to express nuanced aspects of the role you danced. It was clear that you relied on dance technique to communicate the roles. How do you approach your dance-craft when you develop a part?

Messmer: It made my mother very nervous that I went toward ballet instead of being a competitive swimmer. We didn’t have the resources to take advantage of some of the ballet training opportunities many young dancers experience. So we did what we could do. She sent me to a children’s theater in Minnesota that made me sing and act and partake in performances with a big group.

That group did The 12 Dancing Princesses. Initially, they cast me as one of the children; then they wanted me for the role of one of the adults. But I was only 12, so from that point on I had to juggle school and this world. My beginnings were here — acting while dancing — I learned here dance technique as a way to tell a story. Later all the work I did at ABT was to have my technique become so strong and clear that it could say anything clearer than my words could without at the same time having to overly remote from my face or exaggerate a run to express being startled.

Artburst: What were other decisive turning points in developing your theatrical craft?

A big turning point came for me when I began to work with Alexei Ratmansky [at ABT]. He was the first person to pick me for a ballet — On the Dnieper. It was Diana Vishneva and Paloma Herrera and me, and that by itself was a huge cast. After the first week of rehearsals I confessed to him that I did not understand the part. He explained the stagecraft and the personality dynamics of that choreography. However, working with him on Firebird — that was a big game changer for me.

I was called to be the princess, and usually in traditional Firebirds the princess is a fluff role and she’s not even in pointe shoes.

Ratmansky changed that. He made the princess with her ladies in waiting also dance the role of Ivan’s monsters. That ballet was not so much about the — Firebird; it was much more about the princess. Ratmansky also did something else. He expressed a confidence in me that I had not experienced before. It was the first time someone looked at me and my partner, Marcelo Gomes, and said, “I don’t like how this sequence works. I don’t know what I want — you two go off and work something out.” Sometimes he liked what we brought back to him, sometimes he didn’t. Still, I felt I wanted to be the best vessel for him to work with.