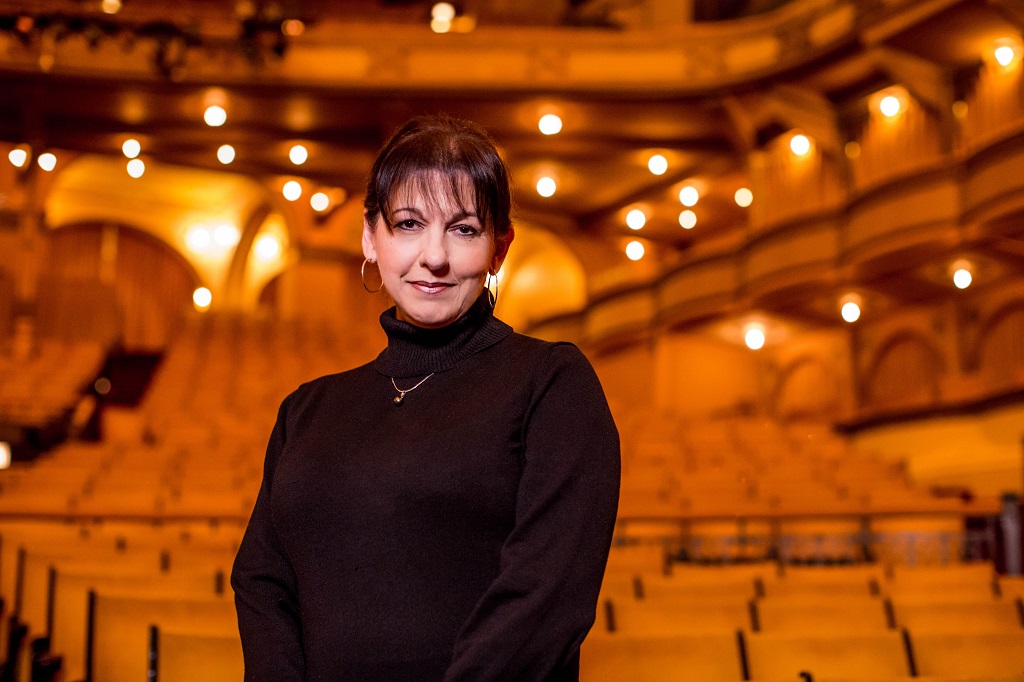 When an arts organization hires potential stars or expands repertory, the hearts of fans beat faster. But an important addition to the administrative force can prove just as eventful and should raise equal expectations.

Since Lourdes Lopez took over as artistic director of Miami City Ballet in 2012, the company has drawn in a good number of exciting dancers and scored high with premieres and special projects. Now her leadership will get a boost from the recruitment of Tania Castroverde Moskalenko, who brings hometown enthusiasm and widely gained know-how as the company’s new executive director.

“This is a dream job,” says Castroverde Moskalenko, considering not just the opportunities ahead of her but also the value of working with special colleagues in a city whose culture she’s watched grow with MCB at the forefront.

A graduate of Southwest Miami High School, Castroverde Moskalenko left this area to attend the University of Memphis, where she earned a BFA in theater and dance before going on to arts administration posts in Tennessee and the Midwest. Yet she’s been a frequent visitor to Miami, always yearning to reconnect with the sights, the sounds, and not the least the tastes of the place that welcomed her as a six-year old when she and her family arrived here from Cuba in 1968.

“What tipped the scales for me in accepting this position,” explains Castroverde Moskalenko, “was that Miami City Ballet’s artistic director is a woman—even more to the point, a Cuban-American woman. Especially these days being part of a team with Lourdes, in an industry dominated by men, is really transformational.”

Lopez believes that hiring a Hispanic was the most culturally sensitive choice, underscoring there’s honor in representing the diversity of our society. And she acknowledges that—with headlines spotlighting men behaving badly—dance has been late in coming to terms with issues of oppression, extending from training to the professional trajectory of females.

“This has been a bitter pill to swallow, all too frequently, and silently, tolerated,“ says the artistic director, welcoming a change in the national climate with the respect and inspiration women can bring.

Indeed, in an art form where the female presence often rules the stage—reflected in choreographer George Balanchine’s much-repeated maxim that ballet is a woman—positions of command have historically been held by men. Women artistic directors are still uncommon, and being Latina makes Lopez unique in the field. A partnership of women as artistic and executive heads is also a notable rarity. More typical is the situation at the Washington Ballet and the Cincinnati Ballet, for instance, where well-respected former ballerinas pull the reins artistically but serve alongside male executive leaders, which up to now has been Lopez’s own experience.

While being able to step up to the plate already shows progress, Castroverde Moskalenko recognizes that hitting home runs requires hard-earned skills and unflagging dedication. “To be honest I have a tendency to go to places that need organizational structuring or strengthening. I excel at rising to the challenge of taking them to the next level.”

During her four years at The Center for the Performing Arts and The Great American Songbook Foundation in Indiana, Castroverde Moskalenko moved those organizations from financial instability to a fiscal surplus, herself rising to regional prominence as an arts advocate. Then in the fall of 2016 she took over as CEO of The Auditorium Theatre at Roosevelt University in Chicago and in her short tenure, with an expansion of quality programming, managed to put the landmark institution on more solid ground.

“I really wasn’t looking for a job,” admits Castroverde Moskalenko, “but when the ballet called, I couldn’t pass up this opportunity. And I have the satisfaction I’m leaving the Auditorium in a stronger place.”

The new director aspires to increase MCB’s operating budget toward a sum that corresponds to the company’s escalating artistic reputation. And, just a few credits away from a master’s degree in philanthropy, she will use her knowledge in that area to help achieve financial goals. Besides tapping into sources of income and keeping tabs on expenditures, she’s determined to foster general public involvement—a specialty she’s developed throughout her career.

“I believe in doing things in an authentic way,” says Castroverde Moskalenko, “not only in the best interest of the company but for the whole community. Otherwise, partnerships can fall apart and people walk away.”

First on her agenda, though, is a total immersion inside the institution, what she describes as “going on a listening and learning tour—getting to know staff, exchanging ideas with the board, seeing dancers to have a good feel for who they are.”

Central to this will be developing a symbiotic relationship with the artistic director, for as Lopez puts it, “The AD and the ED are like the parents of a company. And, sure, there are weekly meetings, but we must also be in constant communication, working together in a fluid way.”

Lopez stresses the most important advice she can give the new ED is to be mindful of setting. “It doesn’t pay to compare Miami to other places. This city is still transitional. With its own civic pride and cultural aspirations, there’s a different vibe here. You can’t just change the city but have to adapt to its strengths and weaknesses.”

“I feel education and outreach are an essential part of the mission—something the non-profit sector must understand,” says the executive director. “It’s important to break down barriers that prevent people from participating. Organizations must strategize knowing that everybody comes at this in a different way—performers, donors, schools, the community at large—but when we figure out where and how to join together, everyone wins.”