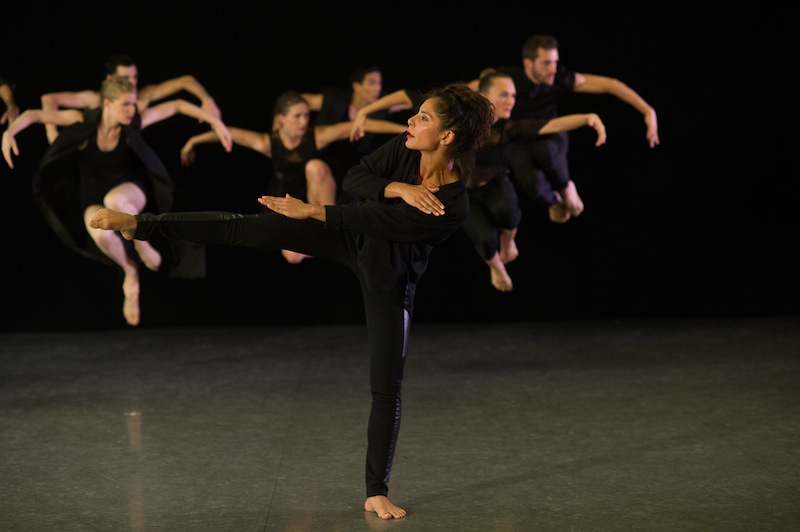 Jose Limon’s (1908- 1972) vision still endures and the company he founded is now in its 70th year — a tribute to the man and the artist, and those who believe in his gifts. He did not set out to be a dancer, rather a painter. Early exposure to the works of modern dance pioneers Doris Humphrey and Charles Weidman pulled him to dance. Limon’s legacy is felt in so many areas, as he was able to take great literary and music compositions and give them new interpretation through his choreography and dance/ drama gifts.

In many ways 1946 was a far different world than it is today; and in many ways not. The world had been at war, countries were rebuilding, turmoil was a constant and artists struggled to be heard above the continual clamor of discontent and xenophobia. Limon, born in Mexico, was not untouched by the violence of the Revolution in his country. At five he witnessed his young uncle being shot to death.The family immigrated to the United States shortly after.

This weekend the Limon Dance Company presents a program of works in recognition of the company’s 70th anniversary. Colin Connor, a former dancer with the troupe and now its artistic director, says the company will be presenting “a massive program — three Limon pieces and two contemporary works.” The Limon Dance company is one of the first to survive after the death of its founder. Connor credits this to the “community of people who believe in the work, the value of the work.” Limon’s works include Concerto Grosso (1943), Dialogues (1951) and The Moor’s Pavane ( 1949).

It was while serving in the U.S. military that Limon created Concerto Grosso, to music by Antonio Vivaldi. Connor describes it as a “three-part choreographic invention that evokes the formal beauty of the high Baroque and reflects the contrasting moods of the music’s movement: the elegance of the opening fugue, the tender melancholy of the largo, and the brilliance of the finale… Limon ‘s Concerto Grosso is the promise of a world, and a way of living, we have yet to see.”

Dialogues was lost to the world for many years until it was reconstructed by Carla Maxwell from a newly found film in the archives of Jacob’s Pillow. Maxwell worked closely with Limon and was artistic director of the company from 1978 until Connor took over in 2016. She reassembled this silent and unfinished piece into what we see today. Here, Limon looks to history for his inspiration. Connor describes it as “a dramatic double duet based on two pivotal moments in Mexican history involving foreign invaders who seek to dominate, and the Mexicans who defend their soil and integrity.” Dialogues is the struggle between people tied to their way of life and those pushing forward. It is about the winners and losers of history.

The Moor’s Pavane, to music by Purcell, is a masterpiece of the 20th century. Based on Shakespeare’s Othello, it succinctly captures all the bonds of humanity. Love, fear, anger, jealousy, deceit, evil, and naivety are condensed in Limon’s terse quartet as the stately Pavane is performed to its tragic conclusion. Patterns open and close, partners circle each other with suspicious glances. Whispers are exchanged… seeds planted. “Jealousy rips apart the formal dance meant to contain it, but the choreography that reveals this is built to endure,” says Connor.

The two contemporary pieces on the program: Night Light and Corvidae address many of the themes Limon wrestled with throughout his career. Night Light (2014) by Kate Weare “is a combative piece that doesn’t flinch in the face of manipulative violence,”’explains Connor. “It carries the work of Limon forward with its clarity of form, musicality, sense of touch and visual architecture.”

Colin Connor’s Corvidae (2016), with music by Philip Glass, draws on the innate power of animals, especially crows. Connor points out that crows, throughout history, have been seen as mythological messengers – seeing things that maybe we are not seeing. Things that perhaps Limon saw and examined throughout his life and work; a messenger of the human condition – then and now.