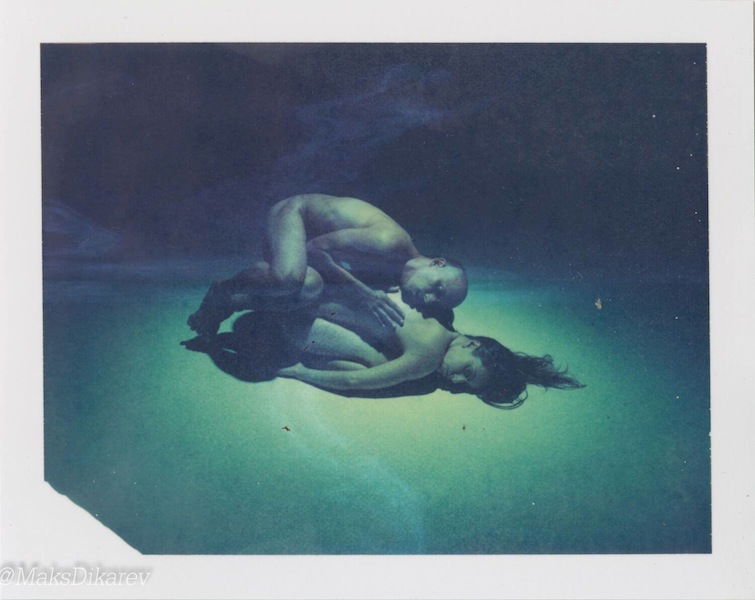 The Miami Theater Center in Miami Shores is giving experimental dancer-choreographer Lazaro Godoy the opportunity to interweave his visual arts and performance passions in ArMOUR, a multimedia, multisensory work premiering Friday through Sunday. It’s part of MTC’s commissioned “Inside the Box” series of productions by three artists who combine art disciplines; part of Godoy’s work will be up as an art installation before the performances.

“They offered me this space to create, to do research,” says Godoy, recalling the intuitive connection he and MTC’s director and co-founder, Stephanie Ansin, immediately established in 2013. (On June 30, Ansin resigns as director, and the company will be restructured under newly-elected Board President Giselle Kovac’s guidance.)

Godoy always wanted to be a visual artist, but never received formal training. Failing an audition in his hometown of Pinar del Rio, Cuba, he was refused entry to art school, but his mother soon proposed dance as an alternative. Godoy successfully auditioned ­and after studies in Cuba, eventually graduated from both New World School of the Arts in Miami and Juilliard in New York. While his dance career took him to the Netherlands, Switzerland and Israel, he maintained an informal drawing practice, usually giving his work away.

ArMOUR, whose title combines “amour” and “armor,” merges Godoy’s talents and dramatizes the transformation of identity through love. “It’s given me a lot of headaches, but in a good way,” he says, while moving through the black box space recently, strategizing, conjuring up and enacting elements of the installation. Everything must coalesce quickly, as he will gain continuous access to the space only a week before the performance.

“ArMOUR is revealing [itself] to me little by little, and hopefully by the time I perform this I will receive those messages. It’s like I’m a channel,” he says. “So I’m already preparing outside whatever I can with the drawings and sketches and ideas I write down.”

Those drawings will serve as a cinematic storyboard, he explains, sketching animatedly with his hands. “At the beginning, you enter the room and you feel something is going to happen. There’s a tension. You need a little of that sensation… There’s a little bit of fear, and ‘What’s happening here?’”

ArMOUR will present a maze of suspended metal tubes, which will chime or clang as audiences – and the protagonist, clad in medieval-style steel armor – move among them. “I’m already making them connect with me without touching me,” he predicts.

Godoy’s movements will be restricted. Besides its emotional impact, his stiff, heavy shell will provide sonic and sculptural elements to the performance – particularly as he sheds it in parts.

Song, emanating as a high-pitched castrato-like voice, will be indefinable of gender and time. The choreography will derive from the bodies in the drawings disposed about the space; and also from a series of new photographs by Maksimilian Dikarev. In Godoy’s preliminary vision, “Carlota will be like a goddess coming on a horse or unicorn. She will come from above, and eventually we meet, and it becomes a clean, clear, colorful world.”

Texture will come from drawings on the floor, made of colorful, fragrant frosting. “This will stick to our bodies. This sweetness of us together, creating joy and light where time stops will also be incorporated. Time stops; it’s stretchy, it’s long, it’s calm,” he says.

Pain, surrender and acceptance underpin the story’s unfolding. “Eventually, I take off those layers and I’ll be very vulnerable. The body, when it’s exposed… you’re just completely transparent. You’re just your body,” he says. And that scarred, imperfect body contains stories.

Romance provides the redemptive force. “If there’s love, it transports its protagonists beyond the limits of personality, background, time and space…. Nowadays, we all need to work on this as much as we can,” he concludes.