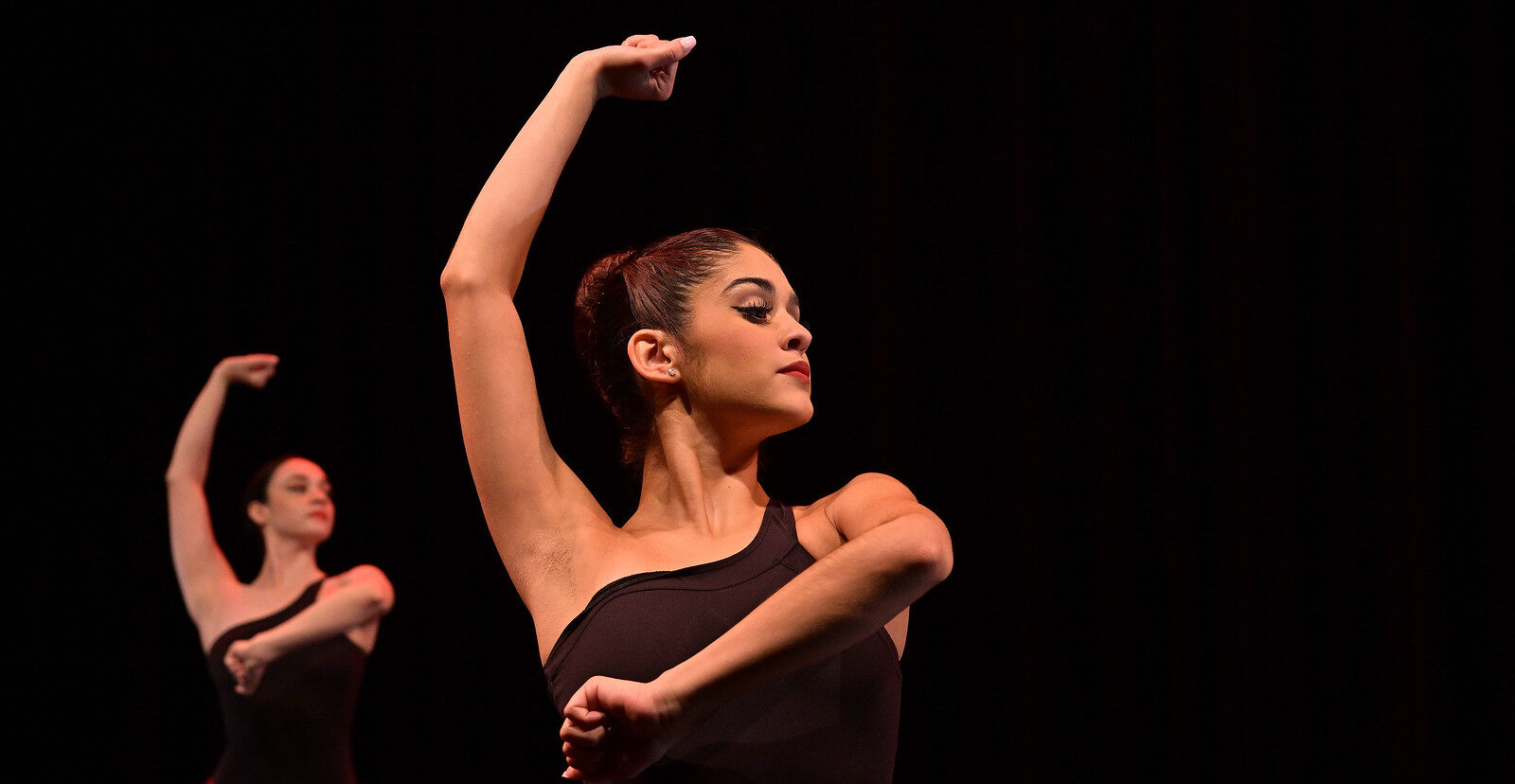 Daniel White spins his partner, Chloe Freytag, and she strikes an attitude and leans back in his arms.  White slides her across the floor into a lift and then backpedals as her legs scissor in front of her.  She pivots to face him and he press lifts her overhead then sets her down and snaps out a final jetée of his own.

In a purple hoody, Pikieris calls out instructions to the couple from the side.  He then begins to mirror and model the movements he intends as Freytag and White pay close attention.

“It (‘Hold My Hand’) was commissioned by Sharon Asbell, a big supporter of Dimensions Dance, and she wanted to commission something in the memory of her late sister,” says Pikieris.

Asbell wanted it set to “Avinu Malkeinu” (a Jewish prayer sung during services from Rosh Hashanah through Yom Kippur); Pikieris located an instrumental version of it.

“Her earliest memory of that prayer put her back in synagogue with her father holding her hand, added Pikieris.  “The words of the prayer are about the guidance and protection a father-like figure can give.”

For the choreographer, creating this work was timely given the climate of anti-Semitism, especially prevalent on social media, he says.

“I don’t have a lot of Jewish friends personally, but there are a lot of things being shared by prominent people with huge followings that I find incredibly concerning.  Any person in power can incite violence toward a group of people, and I find this terrifying.”

With support from a three-year South Arts grant, the company has been touring aggressively over the last six months with dates in New Orleans and Alexandria, La., as well as Gainesville, Florida. 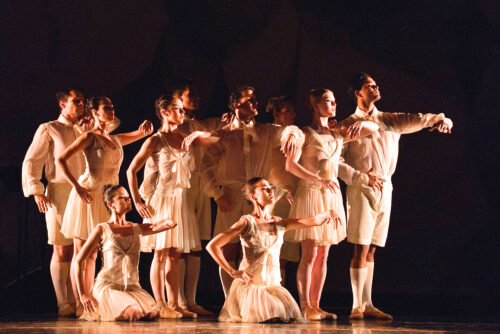 “We’re still feeling the aftereffects of the pandemic,” says Jennifer Kronenberg, former Miami City Ballet principal dancer and co-Artistic Director of DDTM with husband, Carlos Guerra (also a former MCB principal).   “The dance touring model in the United States is not sustainable without subsidies and without grant help.  There is still a lot of the dance sector that is stuck in the digital world (that developed to stream dance performances during the pandemic) and a lot of the audience that’s also still stuck there,” she says.

Freytag and White finish up as the rest of the company enter the sunny studio to rehearse a favorite DDTM ballet, “Juanita y Alicia.”.

DDTM last staged the work in Miami for the company’s debut performance in November 2016, but the ballet originated when DDTM was still just an idea in the minds of Guerra and Kronenberg.

“We only said we were thinking of forming a company, and former Washington Ballet Artistic Director and Choreographer Septime Webre immediately offered us a ballet for the program,” says Kronenberg.

The company then took the 25-minute ballet on tour and performed it in June 2018 at New York’s storied Joyce Theater.

Webre based “Juanita y Alicia” on traditional Cuban folk boleros.  It is an homage to the essence of Cuban culture using the vocabulary of classical ballet.  Romantic love is a recurrent theme of the work.

For instance, one movement begins with dancer Chloe Freytag standing with her hands crossed over her heart as dancer Alexey Minkin walks across the floor and kisses her on the neck.

He then spins her as the singer croons, “Las gardenias para ti – Te quiero” (“The Gardenias are for you – I love you”), from the Cuban ballad, “Dos Gardenias,” which will be performed live during the Saturday performance by Alain Garcia and his Latin Power band.

Minkin lifts Freytag in splits and carries her across the floor, and when Minkin lifts her in a seated position overhead the other dancers in the rehearsal cheer.

The piece ends with Minkin kissing her neck before walking off the floor.

When asked about the story of the pas de deux, Freytag explains, “The character is someone who never married, and she had a wild love affair with a man from a rural area that the family would never approve.”

Freytag adds: “Septime based this on his family. He told us about his aunt who had the experience that he relates through the choreography.  All of the characters in the ballet are based on Webre’s family.”

Freytag says this is the third time she is dancing the role.  “Erin Du (Webre’s Répétiteur) was also an original cast member of the ballet.  She keeps keep filling in the spots and giving us more details of the stories Septime tells in the work.” 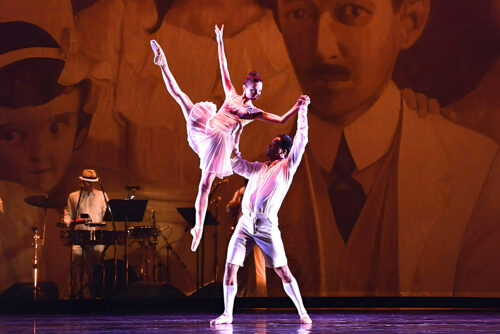 In later movements, the women wear their hair unbound – unusual in classical dance.  The look makes their spins and quick pivots especially dramatic.

“It changes the whole ballet because all of a sudden we go from being uncontrolled,” says Selah Jane Oliver, a dancer and company veteran.

The company’s movements are crisp, assured and missteps are quickly shaken off.  The company moves with energy and unity of technique, as a genuine ensemble.

“The challenging part of this piece is that it changes from soft to hard,” explains DDTM dancer Kevin Hernandez. “You have to be soft during many sequences but then you have to change back and be hard for the other (classical) movements.”

“Part of DDTM’s mission is to celebrate the diverse Latin voices within the Miami community.  This evening of dance encapsulates how and why Latinx artists are an important facet of the dance world,” says Kronenberg.