Karen Peterson and Dancers: Taking a Hard Look at the Impact of War 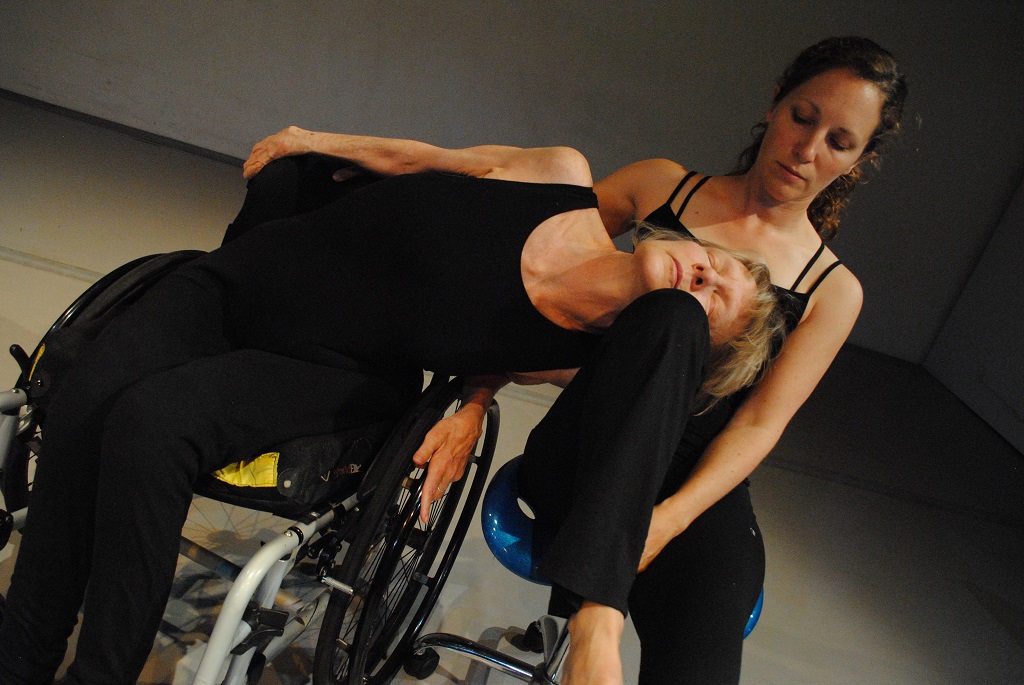 In America, we have so much. Even in the most challenging, difficult times, our ability to get support, advice and resources is extensive. It is an all too familiar path to be oblivious to the struggles that are on-going, the daily battles that are faced by so many.

On Friday and Saturday in The Light Box at Goldman Warehouse, Peterson will present “Warmamas: A Performance.” The work takes on the issue of “those who have been left behind” by the friends, partners, family members and children who have gone to war.

The piece is in collaboration with visual artist Maria Lino, who has worked with Peterson many times. Lino has created video projections that seamlessly blend with the dance movement to tell stories of hope, sadness, angst and ultimately, death.

Peterson was inspired by the oral history project Warmamas, a not-for-profit organization that gives a voice to mothers of soldiers who serve or have served in our military in a time of war. She saw her dance creation as an opportunity to bring to light issues that are not often talked about, but affect our culture so strongly.  The Warmamas site hosts a series of live interviews by mothers who are expressing their various states of being when their children have gone to war.  Sometimes the children return, sometimes they do not. The mothers live with the reality of not knowing.

“I am a mother, we are mothers,” says Peterson. “I don’t think enough focus is given to women who send their children to war.”

On a visit to Peterson’s studio, Excello, where her work is created and where Lino did much of her filming, we witnessed a rehearsal of “Warmamas” and spoke with the dancers to hear first hand from the team about how the piece came together, how they were impacted and what they hope audiences will take away.

“This really was a true collaboration with the dancers,” says Peterson. “We took ideas, threw them out. When I got stuck, got lost, the dancers would be really patient.

“Maria and I chose some of our favorite stories. We made a story board. And then I found music to go with each story. The work moves along in a series of vignettes that take a close look at the ones who are left behind.”

Attending almost all rehearsals as the piece was developed, Lino observes, “I sit here and I look at the choreography, the whole process developing. I always have in mind the concept. What is it that we’re trying to show? I’ll say things like, ‘that’s really beautiful, but what does it have to do with the concept?’ It’s really back and forth.”

Lino further described the filming. “The video is very minimal in a military way.  Military people follow orders. So there is part of that in the video. The same way Karen has ideas for choreography, the dancers have ideas for movement and conversation, I create ideas for visuals and filming.”

Warmamas director and founder, Patricia Figueroa Sowers, is adamant in saying that the organization is not any sort of political statement about war. “I really just want to honor the mothers. It’s a complicated issue and it’s not black and white.”   What these women are in summary saying is that in a war, no one is a winner.

KPD is a physically integrated company, with both able bodied and disabled dancers. The dance vocabulary remains constant throughout and is delivered by each company participant without favor or adjustment. “Warmamas” is built on emotions and stories.

“This is something that all of us are surrounded by, but unless it really touches us, we don’t connect to it,” says dancer Oscar Trujillo. “This project brings awareness in a much more human and visceral way and brings up all of the emotions that we have to navigate every day.”

For dancer Katherine Brennan, “[the dance project] is raising my consciousness. I hope that, for the audience, it creates a greater sense of empathy and awareness.”

Shawn Butler, a KPD dancer who is in a wheelchair and worked at the VA for 27 years, reminds us that not all wounds are visible and she wishes the audience will get a taste of that.

Follows up dancer Abby Contreras: “Everyone may be aware of the surface of these issues, but we don’t go deeper. This is a good way to speak about it.”

The six multi-cultural dancers of Brennan, Butler, Contreras, Martina Tarducci, Trujillo, Jesus Vidal de Leon de Jesus, who is participating with KPD for the first time, along with Peterson and Lino, have taken an eye-opening, unexpected journey in the creation of “Warmamas.”

“I hope, somehow, the audience will be affected,” adds Brennan, and “will remember and be mindful.”