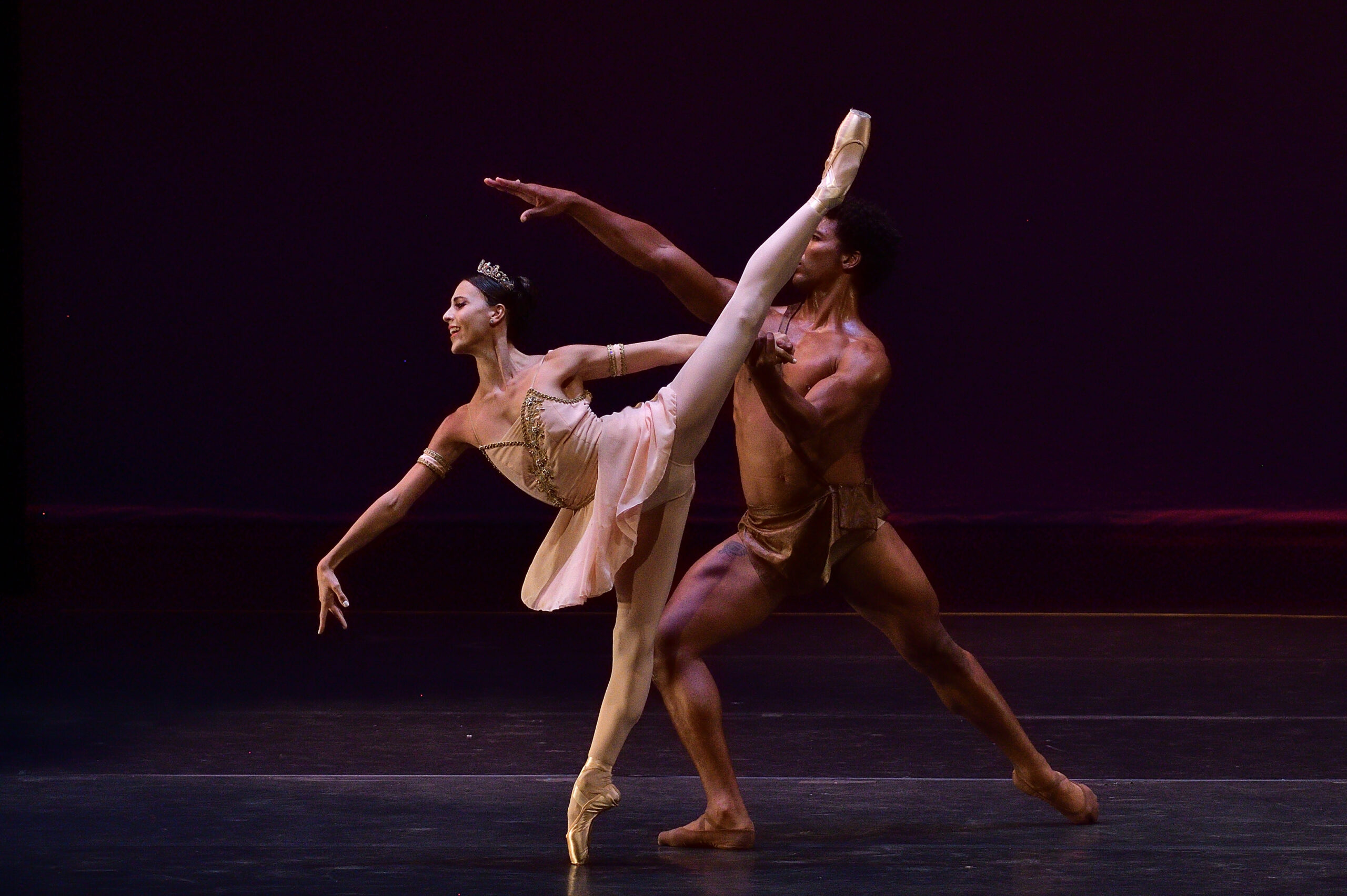 The International Ballet Festival of Miami (IBFM) was transformed into a summer event in 2018 to avoid the height of the hurricane season that disrupted its performance in September. Now, the event is back, ready to continue its successful trajectory – which not even COVID could derail – and consolidate its convening power.

“This is going to be the 27th edition of the festival and starting on Saturday, July 23, with the unveiling of the official festival poster, which this year is by the Cuban artist Edel Álvarez Galbán. The festival will be offering performances and collateral activities until Sunday, Aug. 14, when it will end with the customary Closing Gala,” says its director, Eriberto Jiménez, who added that the festival includes an art exhibition dedicated this year to Galbán.

What’s new in the festival program we ask during a conversation at the Miami Hispanic Cultural Arts Center (MHCAC)?

“Last year, we started with the Dance Marathon,” explains Jiménez, who adds that this year it is “much more organized. He says that 10 local dance studios will participate, presenting Miami’s young talent at the Miami Beach Bandshell.

But the great news of this edition has to do with what is always the most anticipated night of the event: the Étoiles Classical Grand Gala.

This year, the gala on Saturday, Aug. 13 we will be at the Adrienne Arsht Center, Jimenez announces. “Unfortunately, the Fillmore Miami Beach, where we originally planned to do it, will be closed for two years because they are building a hotel next door.”

He added that the Miami-Dade County Auditorium, where they had originally scheduled the closing gala on Sunday, Aug. 14, did not have the previous day available.

Some ballet lovers may agree this is a fortunate happenstance. The Étoiles Classical Grand Gala of the IBFM and the Arsht Center seems to be a match made in heaven. After all, we are talking about the dance night in Miami with the most outstanding international projection.

In addition, this is not the first time IBFM has presented its classic gala at the Arsht Center. The most recent was in September 2015, during the event’s 20th-anniversary celebration, then under the general direction of its founder, Pedro Pablo Peña (1944-2018). 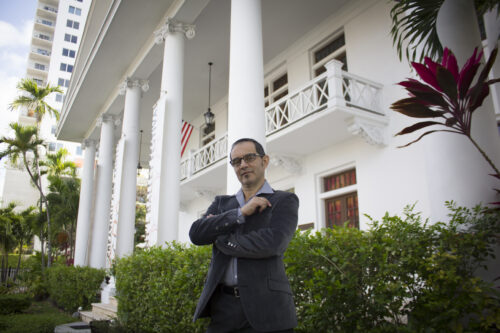 Eriberto Jiménez, director of the IBFM, at the entrance of the Miami Hispanic Cultural Arts Center (MHCAC). (Photo courtesy of Miami Hispanic Ballet/IBFM)

Next, Jiménez explains that the restrictions established for international travel since the pandemic make it impossible to confirm at this time the names of the artists who will perform at the function. But, of course, it is not an unprecedented development in the event’s history, especially in recent years. Some countries and companies always participate. In addition, some individual artists return to Miami again and again. But last-minute changes are also frequent.

In the beginning, the festival’s main attraction was the arrival in Miami of well-known figures announced in advance. The great stars of the ballet world of the 20th century were figures with some mystery, and the expectation was enormous. Then, Twitter and Facebook appeared in 2006, and Instagram in 2010. So many things have changed, and familiarity has replaced mystery in the second decade of the 21st century. However, IBFM is still a magnificent occasion to see great artists for the first time. This year is no exception.

Dancers from Brazil, Colombia, France, Japan, Italy, Mexico, Portugal, the Dominican Republic, Slovenia, Switzerland, and, of course, also from other parts of the United States will perform in Miami. 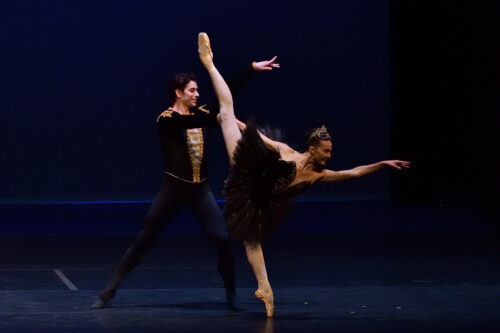 During the Étoiles Classical Grand Gala, IBFM will deliver the “A Life for Dance” award, instituted in 1998, to Colombian teacher Gloria Castro Martínez, founder of the Colombian Institute of Classical Ballet INCOLBALLET and the International Ballet Festival of Cali, for 13 years. INCOLBALLET is the only other school in Latin America that teaches the Cuban methodology whose origins are mainly in the Russian Vaganova method, which emphasizes dancing with the entire body.

For its part, the “Criticism and Culture of Ballet” award, established in 2007, will go to the Mexican teacher and cultural promoter Rocío Barraza Rivacoba, founder of DanzadanceOrg, a renowned international multicultural and multilingual network and non-profit with thousands of online followers, dedicated to the promotion and dissemination of dance and performing arts.

Regarding the participation of local groups, Jiménez comments that it is always limited “because the event takes place when dancers are on vacation or are engaged in events and summer courses in other parts of the world. But we are already assured of the participation of Arts Ballet Theater of Florida, Dimensions Dance Theater of Miami, and, of course, the Cuban Classical Ballet of Miami.” 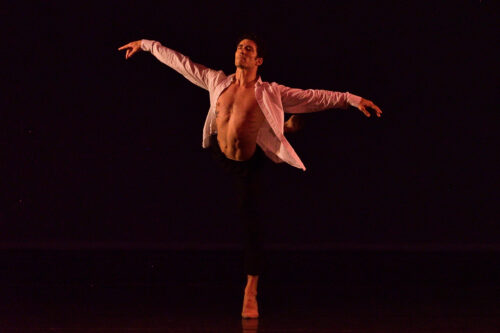 Last year, IBFM began offering a summer course with the festival. Always scheduled in June, Jimenez now believes “it is much better than the boys and girls who come to the summer course could take advantage of the opportunity to see the festival performances. Also, to dance at the medalist’s gala or the other two smaller galas we will have this year. So now we have it scheduled to cover the three weeks of the festival.”

As usual, among the collateral activities are the screening of films and the presentation of books with the authors present.

Finally, let’s not forget about the performances dedicated to contemporary dance, which this year will be four. “There is a free one outdoors on Lincoln Road,” Jiménez points out. “And as we continue to try to build an audience in the Homestead area, we’re bringing the festival to the Seminole Theatre. Here, we’ll be at the Miami Theater Center, and on Sunday, Aug. 7, we will perform at the Amaturo Theater of the Broward Center”.

To learn more about each of the scheduled activities and purchase tickets for the performances, visit internationalballetfestival.org for links to the websites of the participating theaters.