IN CONVERSATION WITH LOURDES LÓPEZ, ‘A LIFE FOR DANCE’ AWARD RECIPIENT 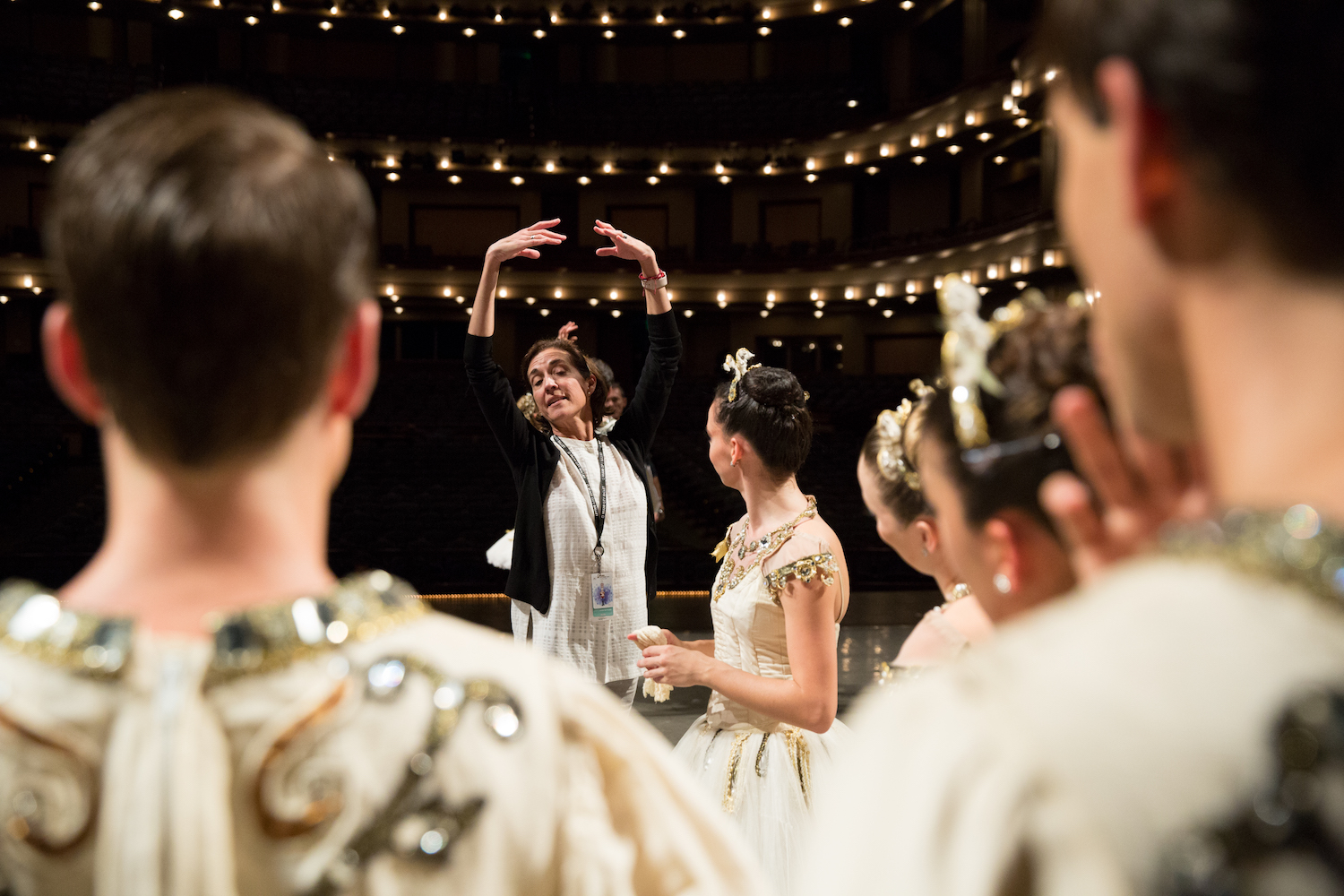 Lourdes López (Havana, 1958) this year received the Lifetime Achievement Award “A Life for Dance” (in Spanish, “Una Vida para la Danza”), which has been presented since 1998 by the International Ballet Festival of Miami (IBFM).

The artistic director of the Miami City Ballet (MCB) now becomes part of a select group of personalities from the world of dance, as the 25th honoree and the 11th woman. Also, as the fourth Cuban-born recipient – after Alberto Alonso in 2006, Carlos Gacio in 2016, and Pedro Pablo Peña, founder of the IBFM, posthumously in 2018.

How did the news of the “A Life for Dance” award make you feel?

“It was very moving. My mom always wrote to me saying, ‘Lourdita, put Cuba’s name up.’ So I grew up Cuban. And knowing that the award comes from a Festival that has so much history among Cubans here in Miami made me feel: “I’m a Cuban receiving an award!”. Add to that the fact that I’m entering my tenth year with the company and that this season we’re coming back from the pandemic, and you can say those three things made it much more special.”

Lourdes’ family emigrated to the United States in 1959, and she grew up in Miami, where she began taking ballet lessons at the age of six. When she was eleven, she received a full scholarship to the School of American Ballet (SAB) in New York. 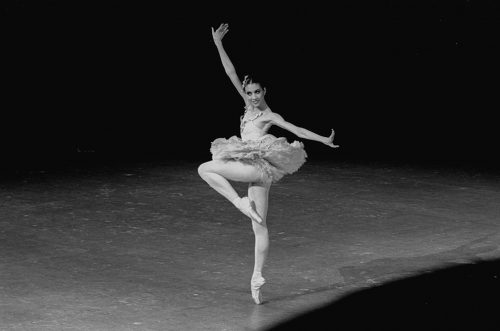 Being an artist was always the only option for you?

“No. I started taking ballet classes because of some medical problems I had in my legs. When I was young, I loved being around children, and at some point, I thought I wanted to be a child psychologist. My dad wanted me to go to the University, but I have no regrets about the career I chose because I can say that from a very young age, I found something that really fills my soul.”

Do you remember the first time you saw a dance performance?

“Yes. It was at the Miami-Dade County Auditorium, where a dance festival was presented that visited Miami once or twice a year. Because we were migrants and poor, my mom would buy a ticket, hide it in the program, and we would enter like… three of us. I remember seeing Lydia Díaz Cruz in “The Dying Swan,” Carla Fracci and Lupe Serrano, [both are also recipients of the IBFM’s A Life for Dance Award] among many other great dancers.”

At the age of 16, Lourdes joined the ballet corps of the New York City Ballet, became Principal in June 1984, and played numerous roles in choreographies created by George Balanchine and Jerome Robbins. After retiring as a dancer, Lopez worked as a cultural reporter, administrator, teacher, and even executive director of the George Balanchine Foundation. 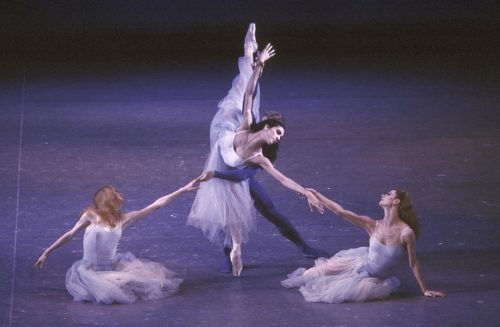 In 2007, she and the choreographer Christopher Wheeldon created a company called Morphoses, and in 2012 she replaced Edward Villella – also recognized by IBFM in 2004 – as MCB’s Artistic Director. Her management at the head of the company immediately exceeded expectations, and today his creative leadership is recognized by the public and critics. In 2018, she received the prestigious Dance Magazine Award.

What made you stop dancing?

“The respect I have for art. I’m a person who always tries to be realistic. I looked in the mirror, and my eyes saw me. I’ve never been blind. I looked at myself and recognized what I was missing, what I needed, and what wasn’t right. When I was about 38, I began to realize that there were pieces that I wasn’t dancing the way they should be danced, and I said to myself, ‘no more… I prefer to retire with dignity.’ So, I finished the season and didn’t come back.

What personal characteristic has been of most help to you in your career?

“What has helped me in my career is something my parents taught me, and that’s a commitment to the job. ‘You have to put one foot in front of the other.’ ‘You can’t take it for granted that someone is going to give you something.’ All those things they tell you. And my parents were a great example because they worked for many years.”

What is your definition of success? 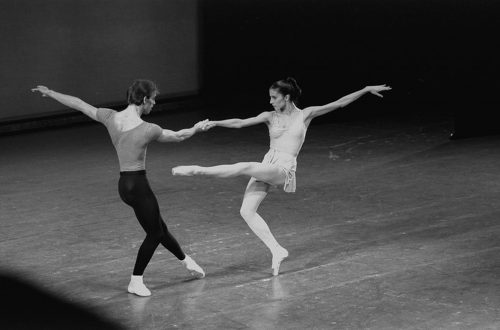 What achievement has made you feel most proud?

“In my personal life, my two daughters, I swear. The first one was born while I was dancing, and she changed my way of thinking, even my way of dancing. Children make you see the world differently. In my career, that’s something I can’t answer because every single thing I’ve done has a different meaning. But there is something that is never mentioned and of which I am very proud. It is to have been the first and only Latina Principal Dancer -until today- of the New York City Ballet. Latina and Cuban”.

When two Cubans have a conversation like this one, the current situation in Cuba is a must, and for quite a while, we didn’t talk about anything else.

“The unprecedented wave of protests taking place in Cuba is something powerful. The Cuban people are speaking out against what has been a lack of human rights for a long time. And about a government that has not heard their cries for change. Everyone has the right to be heard, live their lives without fear of expressing themselves, and freely determine their own future. As a Cuban and an artist, I stand in solidarity with the Cuban people and support their struggle for change.” 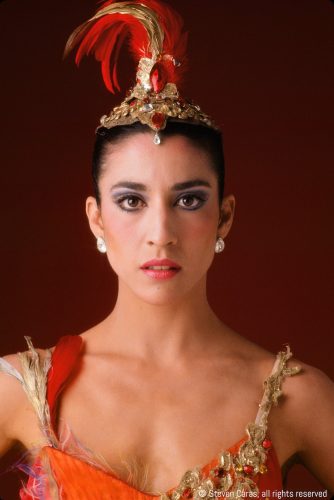 Lourdes López as the firebird in Balanchine / Robbins’ “Firebird,” a performance called “magical” by Jennifer Dunning (The New York Times) in 1995. (Photo courtesy of Steve Caras)

Finally, what is your recommendation to a young artist interested in making a career in dance?

“My advice would be to take every day as it comes. And by that, I mean two things. One is that what happens today, good and bad, is likely not to be that important in five years. The second is that life is not going to be a straight shot. Life is up and down, next to and around. So, the important thing is to be present every day. The important thing is to stay present.”