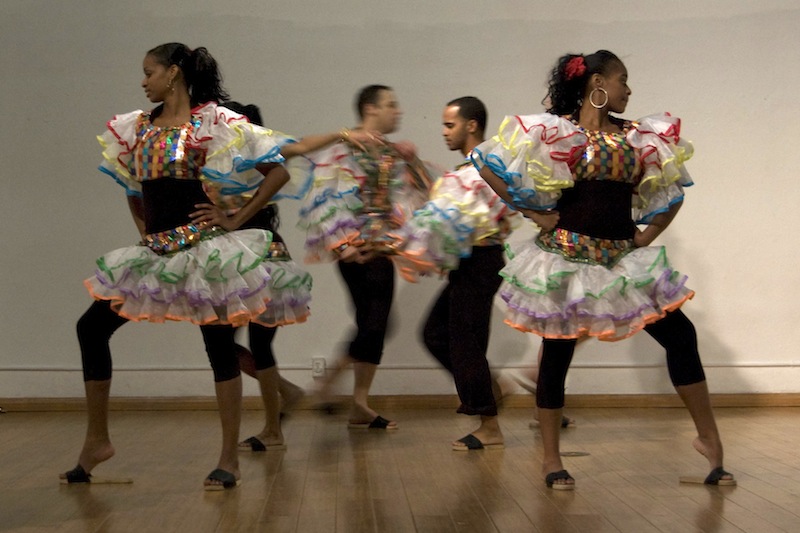 “I’ve got one foot in Miami and one foot in the Caribbean,” says Neri Torres, the founder and director of the Ifé-Ilé Dance Company, which will be hosting its 16th annual Ifé-Ilé Afro-Cuban Dance Festival from Thursday through Saturday. This is true for her culturally, as a Cuban artist living in Miami who is intent on keeping Cuban traditions alive on foreign shores. Literally, too, she is living part time in the Caribbean, as a lecturer in dance at the University of the West Indies. But she considers Miami home. As a teacher, performer and choreographer, Torres has brought high-quality dance and performance to the Miami community year after year through the Ifé-Ilé festival. We recently spoke with her about this year’s festival — taking place for the first time in Little Havana — and her future creative direction.

What kinds of events are on the festival schedule?

This year, we have a panel discussion about fusion artworks [Thursday]. The premise is how the traditional diaspora forms have influenced contemporary dances. So we have some local artists discussing the arts and the influence of tradition in their contemporary view and process.

Who will be speaking in the panel discussion?

I’ll have Yvonne Goodrich and Celeste Fraser Delgado from Barry University, Maria Helena Thevenot from Miami Dade College, Petagay Letren from the University of the West Indies, and myself. I’ll be talking about one of my pieces that I choreographed two or three years ago, that has to do with the end of the world. It’s kind of black humor. It has a lot of multimedia, and I use the dance symbols of several Afro-Cuban dances, but it’s a contemporary piece. So that’s a side that people don’t know about me, the contemporary one.

What do you have planned for the dance workshops and performances?

Most of the people who visit from out of town are looking for cultural tourism and they’ve been asking me to have something outdoors. So I partnered with Viernes Culturales in Little Havana to have a performance there for the visitors and whoever passes by on that day. We’ll have an informal performance in the Parque de Domino (Domino Park) for the participants. And we end that with a conga line. So whoever is there will have some fun with us.

The next day, Saturday, we have workshops from 9:00 a.m. to 5:00 p.m. The artists from Ifé-Ilé have experience in both the secular and the vernacular, so they will be teaching the orishas [sacred dance], and also more social dances like Cubaton, the Cuban reggaeton that is very big now in Cuba. And rumba and Cuban casino.

Then we have the closing performance with the dancers and musicians from Ifé-Ilé. This year, I’m presenting an opening piece for the Abakuá. Abakuá is a male religion in Cuba, where rumba derives from. It’s not very known, I think. It’s a masquerade dance, so it’s very visual. I want people to see how the steps and the style actually nourish what is today’s Cuban rumba. And that gave way to other styles like mambo and cha-cha-cha, and particularly salsa. Also we have orisha dances, and a little tribute to Celia Cruz at the end. So it’s pretty much a traditional evening.

What does the future hold for you and Ifé-Ilé?

I’m planning to do an evening-long historical musical piece. We’ll be talking about the immigration in the 1980s from Cuba to America, and all the influences that immigration brought to South Florida and America in general. I decided to do it next year, because I wanted to keep the funds coming. I didn’t have enough funding to do it this year. But it seems that it might be a dream come true next year that we can do this piece.

The Ifé-Ilé Afro-Cuban Dance Festival, Thursday through Saturday at the Koubek Center, 2705 S.W. 3rd St., Miami; and on the outdoor stage on Friday for Viernes Culturales, on Calle Ocho (free). Tickets for a single workshop are $20. Full day passes and discount packages also available. Closing night gala tickets are $20 general admission; $15 for students and seniors; for times of performances and workshops call 786-704-8609, or visit http://www.ife-ile.org/festival/register.htm