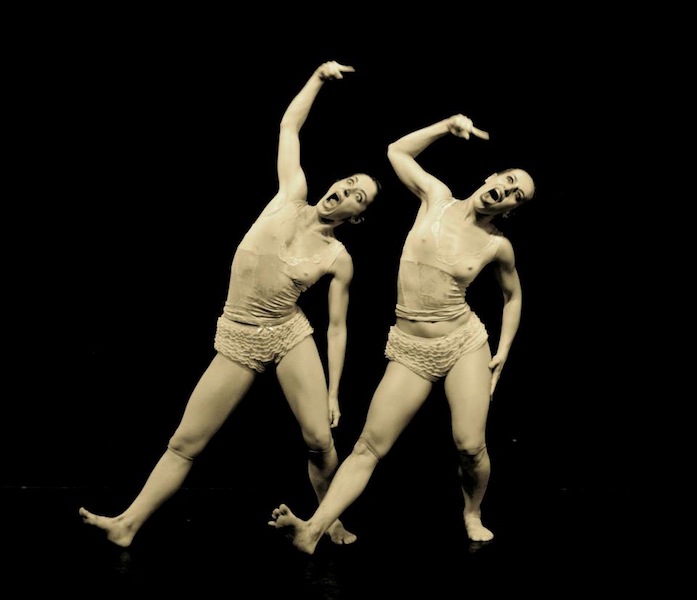 This year marks the 17th year of Miami Light Project’s Here & Now. A Knight Emerging Artists Series, this program was created to give new artists a lift-off, and thus more than 75 locals have been given a chance to expand their work with the help of a Here & Now commission. The 2015 group of projects includes both dance and theater-based productions by Liz Ferrer, Lazaro Godoy, Michael Yawney, and Hattie Mae Williams.

While each project has its own independent agenda, all four artists claim their working process to be collaborative — inclusive of performers, creative/artistic partners, and even the performance space and audience, making this year’s program something of an intersection point.

Liz Ferrer describes the team behind her Underwater Opera as “a loose collective of puppeteer cultists, abject theorists, maximalist installation artists, and polyglot curators.” This is right in alignment with her body of work, which aims for “performance, spectacle, play.” Her projects typically employ some experimental blend of collaborators and media, and may be presented in the context of theater or the visual arts.

Also envisioning an uncanny space, Lazaro Godoy’s Harmonicum Accordion | Act 1 is labeled by the artist as both a “dreamy underworld fairy tale” and “a dysfunctional family portrait.” This piece is considered the first installation of a series of works to be further developed by GodoyPradera Projects (Godoy in collaboration with creative partner Carlota Pradera, who is performing in this first act).

In contrast to the experimental fantasy space of Underwater Opera, Godoy’s Harmonicum Accordion seems to go more directly towards the subconscious. And, referencing the circus and silent film, Godoy draws from nostalgic and visually evocative sources, which have been rendered by the performers as well as a sound artist, visual artist, and costume designer.

Michael Yawney’s project, Exile Jesus Starbucks, takes us back to external reality, albeit a strange one. His theatrical piece is based on a real-life character, Assurbanipal Babilla, an Iranian artist who fled his country under threat of execution only to end up as an essentially anonymous barista in the United States. This unlikely story is told primarily through scripted text.

Yawney cites the ultimately unpredictable space of live performance, which includes engagement with the audience, as key variables in his creative process. He says, “The ultimate goal of all my work — as a writer, dramaturg, or director — is to present human actions in contexts that challenge easy preconceptions and slick assumptions.”

Local choreographer Hattie Mae Williams is similarly invested in redefining our understanding of ourselves and our surroundings. She has described her creative trajectory as “increasingly committed to art in public spaces, community outreach, collaboration between all artists, commenting on society issues where race, gender, and class come into play.” Key in this investigation is the notion of expectation — of architectural situations, and of the “others” from whom we may feel separated. As a result, she is typically drawn to site-specific work. For Snatched, her Here & Now commission, Williams has produced what she calls a “promenade-style theater work.” The subject matter is “the eroticism of the black female body within a society subject to racism, capitalism, and patriarchy.” Williams makes use of dance, visual art, music and projections to produce installations that the audience will encounter unconventionally.

A version of this preview also appears in miamiartzine.com.