Here & Now 2016: A Taste of Many Genres and Modes of Storytelling 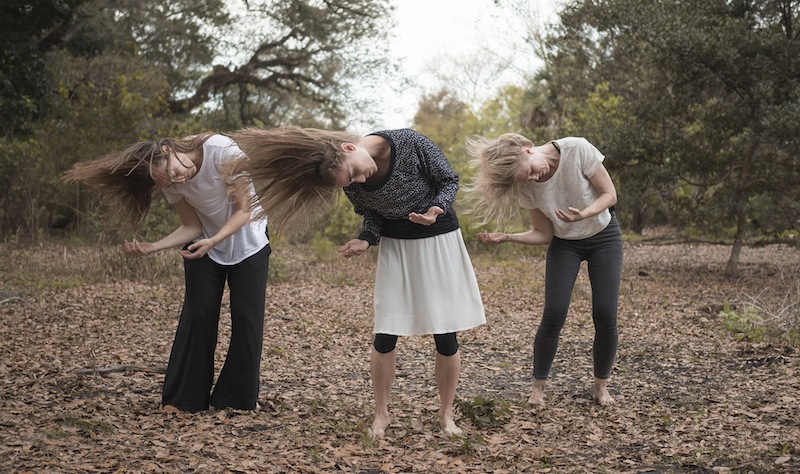 Miami Light Project, one of this city’s most vital performing arts organizations, has long been known for convention-bending work from both local and visiting artists. Its current Wynwood performance space, The Light Box, shows a wide variety of performance projects including music, dance, theater and many that do not fit easily into any category.

One of the highlights of the Miami Light Project season is their annual Here & Now festival. Here & Now commissions new performances from emerging artists and is especially welcoming to those who take creative risks. The latest iteration runs May 12 to 21.

This year’s selections remain true to the interdisciplinary tradition. Carla Forte, Natalia Lassalle-Morillo and Jenny Larsson, three of the 2016 commissioned artists, are known for combining dance, film and theatrical performance. For Here & Now, they will each dive into emotion, the mind, and memory, mixing multiple storytelling forms in their own way. Sandra Portal-Andreu also creates theatrical dance works that depend on both sound and projected images. Her performance will no doubt feature her signature sense of humor about human behavior and social habits.

Two artists whose work may fall even further outside the usual dance and theater structure are Charo Oquet and Juraj Kojs. Oquet is best known as a visual artist and director of Edge Zones, a former Wynwood gallery that closed in 2011. Edge Zones remains active as an organization, though, and under its umbrella Oquet has been producing performance festivals for the last few years. Still, venturing into performance work feels like unfamiliar territory. “Working with Miami Light Project has been an amazing experience,” she says. “It’s very much for people like me who are new or not as seasoned in performance.”

Oquet is originally from the Dominican Republic. Her work often explores issues of Afro-Caribbean identity, especially the troubled relationship between her home country and neighboring Haiti. “I have been studying a thing called gaga, which is the Dominican version of rara, an Afro-Caribbean ritual that happens in Easter on both sides of the island.” Miami happens to have two raras every week in Little Haiti that wind through the side streets with drums and singing, like a walking party.

She recently had an experience at a rara that made a deep impression on her, later becoming the source of her Here & Now project The Miami Flyers. “While we were marching, there was an accident… a truck veered into the street and flipped upside down.” As she says, “it was an incredible happening.”

The Miami Flyers is largely an audio project. “I wouldn’t call my piece theater, but it has elements of that.” And rather than a typical stage set, Oquet is building something more like a sculptural installation that sits in the center of the performance space. The rara band she found in Little Haiti, Kris Rara [need to confirm spelling], will make an appearance too.

Like Oquet, Kojs also regularly breaks the usual rules of performance. The Slovakian was trained in classical piano, and music is at the core of everything he does. Beyond just music, his work typically includes elements of both theater and movement. He describes his upcoming performance for Here & Now as “activating public space with sound.”

For Kojs, this project is both personal and political. After trying to commute using Miami’s transport system, he found that the bus and train networks here are not yet efficient enough to be practical. This is the motivating idea behind the piece, titled Bang for the Train. Kojs points to traditional cultures that use drumming to call the rain or challenge political authorities. “I thought it would be useful and impactful to create a campaign in which the whole city can drum for this train to happen.”

For Here & Now he has enlisted a large group of musicians, including both professionals and local high-school students. His performers will bang out sound patterns both inside and outside the Light Box space and will ultimately engage the audience to participate. The rhythms in Bang for the Train are based on Kojs’s recordings of Miami’s Metrorail system, plus a version of a traditional American railroad song called “Wabash Cannonball,” so the idea of trains runs throughout.

This year’s performances will be presented in two separate weekend programs. To catch all of six of them, attend both weekends.