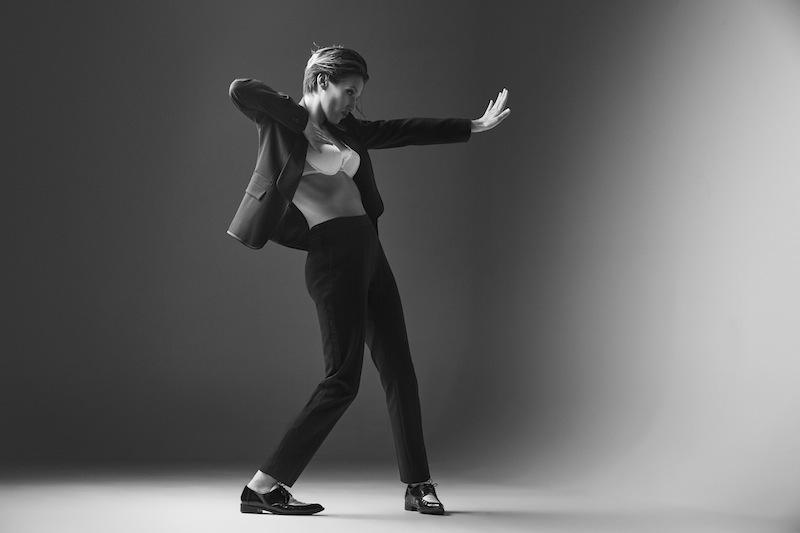 Whether your interest in flamenco gravitates toward the folkloric, the funky or the just plain fun, Miami’s Centro Cultural Español (CCEMiami)’s spunky FlamenGO series is out to pull you in. The Center celebrates its 20th anniversary this season; FlamenGO is just one indicator that this popular outpost for all things Spanish shows no signs of slowing down.

CCE Project Director Mayte De la Torre said of FlamenGO, now in its second season, “What we want is not to bring people that are very famous, but to bring young people who are starting to do great things related with flamenco…modern things.” Educational workshops, affordable or free performances and CCE’s laid-back vibe also give aficionados the chance to mingle and connect with artists on a more personal level. With a 200-seat house on Biscayne Boulevard and loyal fan base, the CCE can take risks that larger theaters can’t. To its credit, it does, showcasing both artists unknown in the U.S. and the quirky, cutting edge performers at flamenco’s fringe. This year, FlamenGO brings theater and film into the mix of performance offerings.

The series begins with a documentary centered on the gypsies of the famed Sacromonte caves above Granada. Sacromonte: Los Sabios de la Tribu examines the lives and tales of some of flamenco’s older foot soldiers. Director Chus Gutierrez views this quintessential gypsy neighborhood through the eyes of the musicians and dancers who grew up there before the floods of 1963 destroyed the place, leaving much of it uninhabitable to this day. It was a hardscrabble existence, where a marginalized people forged bonds through common hardship, found humor in the face of adversity and made life into art. In this generous, nostalgic film, colorful members of the old guard dance, sing and tell their own stories, in charming, inimitable fashion.

After that look back at flamenco’s origins, the rest of the programming plunges headlong into the future. Thursday’s bill features Flamencógrafo, the product of a weeklong lab between local dancers and avant-garde choreographer Juan Carlos Lérida, who travels the world performing and giving workshops. Noted Nu Flamenco performer Niurca Márquez, who has worked with Lérida in Barcelona, Vienna and Miami, said that Lérida digs deep to get the best out of dancers: “Each group is like new territory to explore…each of us has a separate tool kit, a different bag of ingredients to work with.”

His approach is different from that of other flamenco choreographers, she added: “He’s applying many techniques from contemporary choreography and composition to a flamenco space.” (Lérida himself will be dancing later in the summer during Fundarte’s Out in the Tropics festival).

Márquez will also present a work directed and designed by Lérida as part of Microteatro’s “Sesión Golfa,” an after hours round of performances in the seven colorfully decorated shipping containers on the Center’s back patio. Márquez’s solo takes as its jumping off point her own first trip to Spain over 20 years ago. “That’s the excavation site,” she said, laughing, explaining that Lérida gave her a “list of ingredients” she would need to dig up for the piece that included everything from a gazpacho recipe to flamenco music from the ‘90s to news items from the time period. “It’s really intended to be a dance theater piece,” she explained, focused on content rather than on technique or steps. That content deals with the unique contributions foreign artists bring to flamenco, a subject Lérida has been exploring long term in his work with international dancers. A Cuban American, Márquez said that her own work is clearly indebted to her roots: “We didn’t grow up with flamenco, but we did grow up with many of the same elements that led to flamenco.”

The primetime theater sessions on the patio will present “Microteatro y Olé,” where local actors, writers and directors will present original 15-minute works in Spanish. The performers, who are not flamenco artists, were at first skeptical, said De la Torre. She told them, “‘Imagine that the container is like a tablao [flamenco stage] and you can express stories about, I don’t know, revenge and love, deception, falling out of love…the stories that you hear in flamenco songs.’”

The real flamenco singing will take place on Friday evening when musical duo La Flaka (Jessica Cánovas) and Junior Miguez perform at the Miami-Dade County Auditorium. As their names might suggest, they represent a fusion of elements unexpected at a typical flamenco performance. Theirs is a strange hybrid that blends modern flamenco a la Camarón de la Isla with rap, in a combination that speaks the language of Spain’s urban youth culture.

La Flaka, who gained fame on Spain’s version of The Voice, is “very, very, very flamenca,” said De la Torre. “She has a super flamenca voice, but she’s mixing her music with hip-hop, soul, jazz….which makes her very interesting.”

Where she is a cool drink of water, her hip-hop husband and counterpart, Junior, is a tightly wound bundle of energy, spilling forth rivers of words rushing out so fast that your ears can’t always keep up. Together, they create songs that weave in and out of each other’s styles, but that convince with their comfortable and compelling delivery.

In keeping with FlamenGO’s mission to bring flamenco performers closer to the people, local artists can try their hands at flamenco fusion during the Saturday afternoon workshops at the Center with Cánovas, Miguez and guitarist Pepe Pulido.