Francisco Hidalgo Takes Flamenco Back to a Nobler Time 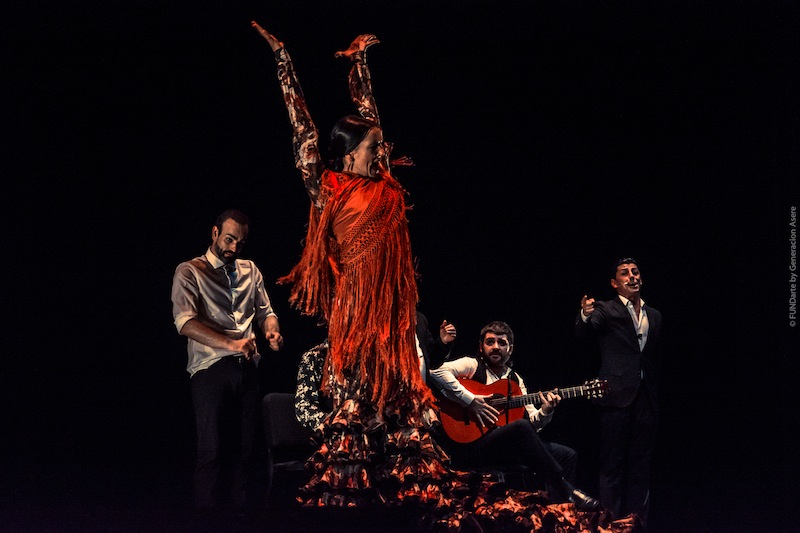 Flamenco performer Francisco Hidalgo, whose surname means “nobleman,” brought a bygone era of dignity and grace to life on the stage of the Miami-Dade County Auditorium in early November, in a collaboration with FUNDarte. Miami was the first stop on a multi-city U.S. tour of Los Silencios del Baile, Hildago’s full-length choreographic debut.

Hailing from a small pueblo blanco in the mountains of Cádiz, Spain, Hidalgo’s provenance is about as authentically traditional as one can get. And like a latter-day Don Quixote, this 31-year-old choreographer seems on a quest to restore flamenco to a more noble and chivalrous age, a time when male dancers with ramrod straight backs and quiet upper torsos were models of restrained power. This is not to say that he eschews all the trappings of modernity. Although much of his aesthetic is decidedly more retro, his spectacular technique is clearly a product of the 21st century. For his first solo, he wore a Chinese-style silk shirt, giving him the aspect of a Zen master and enhancing his broodingly mysterious onstage presence.

Hidalgo’s core is rock solid. This gives him an incredible axis and balance for turn, and he landed triple and quadruple pirouettes almost effortlessly. In his solo por soleares, he raised both arms slowly, circling his hands in gorgeous arcs, sometimes seeming to caress the very air with his fingers. While male dancers of the past would never have allowed themselves this liberty, seeing handwork as too feminine, today’s bailaores have incorporated it fully into their technique. His use of the hands lent Hidalgo’s dancing great expressive range. One could also appreciate the meticulous rehearsal that must have gone into perfecting every line and every moment; when he finished off a lightning speed footwork run with a kick to the back, looking like an Arabian thoroughbred, you felt his leg must always go up to that precise and perfect angle.

Hidalgo’s counterpart, dancer Rubén Puertas, also embraced an aspect of flamenco’s half-forgotten history when he donned a pair of castanets for his solo, a joyous and lively fandangos. Castanets, decades ago de riguer in flamenco performances, are often dismissed as “too classical” by today’s dancers. Puertas’ gorgeous and hugely entertaining solo showed that, played by a master, this most quintessentially Spanish of instruments has an important role in the flamenco repertory.

Like Hidalgo’s, Puertas’ technique is superb. He alternated between a lighter, joking side, sticking his behind out in an exaggerated arch at one point, and pure business, awing the audience with triple vuelta quebrada at another. Later, with a high jump in the air, both knees flexed and feet pointed under him, he landed in a deep lunge, torero-style, first to the left, then, springing up from the floor to lunge to the right. Caution: do not try this at home.

Bailaora Lucía de Miguel wowed the full house with her shawl work, but the choreography for her alegrías, while capably and stylishly danced, was less interesting than that of her male counterparts. The guitarist and singers were first rate, although a tuning problem during José Almarcha’s first guitar solo, “Amalgama,” was an unwelcome distraction and a glitch in the sound system gave singer Trini de la Isla’s a raspier sound than he comes by naturally. The younger Roberto Lorente’s voice provided a pleasing contrast to El Trini’s. Both have incredible rhythm and spot-on instincts when it comes to singing for dance.

With no theme or plot, Silencios del Baile was held together by its unity of tone –elegant, somewhat somber—and by Hidalgo’s talent for creating visually interesting onstage groupings and seamless entrances and exits that, without fanfare, took on a subtle drama of their own. And although the work’s title means “The Silences of the Dance,” Sunday afternoon’s audience was anything but silent, erupting in a long-standing ovation at the end of this beautiful and impeccably crafted program.