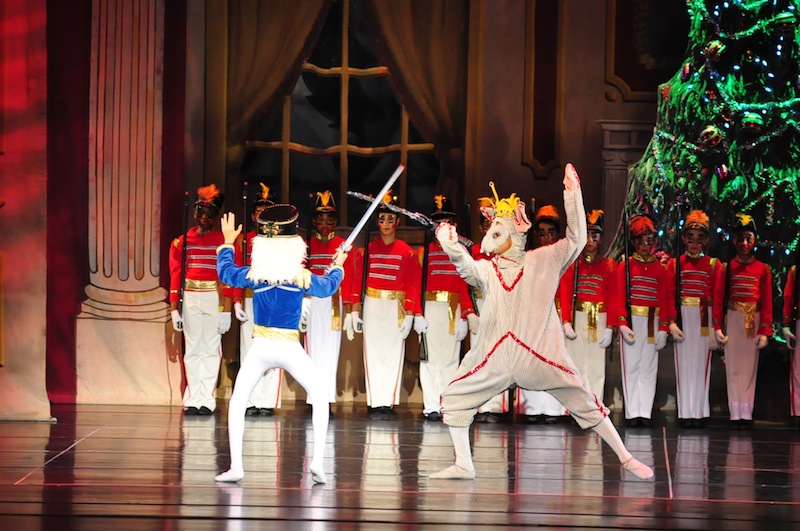 When dancer Xiomara Reyes would visit her mother in Miami, she’d rehearse in a studio to keep in shape while on break from her professional life as one of American Ballet Theater’s star ballerinas.

Ruth Wiesen, director of Thomas Armour Youth Ballet, offered the dancer the company’s South Miami studio whenever she was in town. Wiesen never expected anything in return, but Reyes knew one day there would be a way for her to show her gratitude as only a dancer can.

The prima ballerina will come to Miami as guest star in the role of Sugar Plum Fairy with Thomas Armour Youth Ballet and New World School of the Arts in its annual The Nutcracker on Saturday, Dec. 5 at the Miami Dade County Auditorium.

South Florida audiences are seeing Reyes at a turning point in her career, one that she’s created of her own design. An audience and critic favorite, her lively, commanding, effervescent, and charismatic performances captivated the dance world for 14 years with ABT. She retired in May. “I wanted to do other things,” she says, adding that it was a “mutual decision” for both she and the company.

“To be part of a company full time, where there are many of us, I felt like I didn’t have time to only dance one, two, or three performances.” Reyes says. Although dancing is “very hard on the body” she feels “fantastic” physically. “It’s not that I felt that I couldn’t do it, it’s because my necessity and their necessity were going in different directions.” The dancer has a full month of The Nutcracker, she says, including performances with Alberta Ballet in Calgary, Canada.

Her Cavalier will be 21-year-old Lyvan Verdecia. The dancer and choreographer arrived in the United States from the National Ballet of Cuba 10 months ago to become a company member with Ballet Hispanico, based in New York.

Dancing opposite Reyes is a “once in lifetime” experience, according to Verdecia. So how did he become this production’s prince? “The dance world is very small,” says Verdecia. “All the Cuban dancers know one another.”

In a typical case of who knows whom, someone mentioned to Verdecia that Reyes was looking for a partner to dance opposite her in the youth ballet’s holiday production. “For me, to be dancing with someone of Xiomara’s stature at this time in my career is a great honor. I feel like I’m dancing with one of the most impactful and talented dancers of our generation,” says Verdecia. Known, too, for giving his all in every performance, the young male dancer says that working with the former ABT star has propelled him to the next level in his career.

Both agree that audiences will see magic on stage aside from the holiday sparkle that comes naturally to The Nutcracker when the pair perform the Sugar Plum Fairy and Cavalier pas de deux.

“There’s something that Cuban dancers share,” says Reyes, who points out that she and her Nutcracker dance partner both went to the Cuban National Dance School, but decades apart.

Verdecia agrees: “The connection is very profound and age makes no difference. Maybe it’s that we share the same life experiences in some way from our country. It’s something. It’s a certain chemistry.”