Flamenco legacy Farruquito has a story to tell — his own 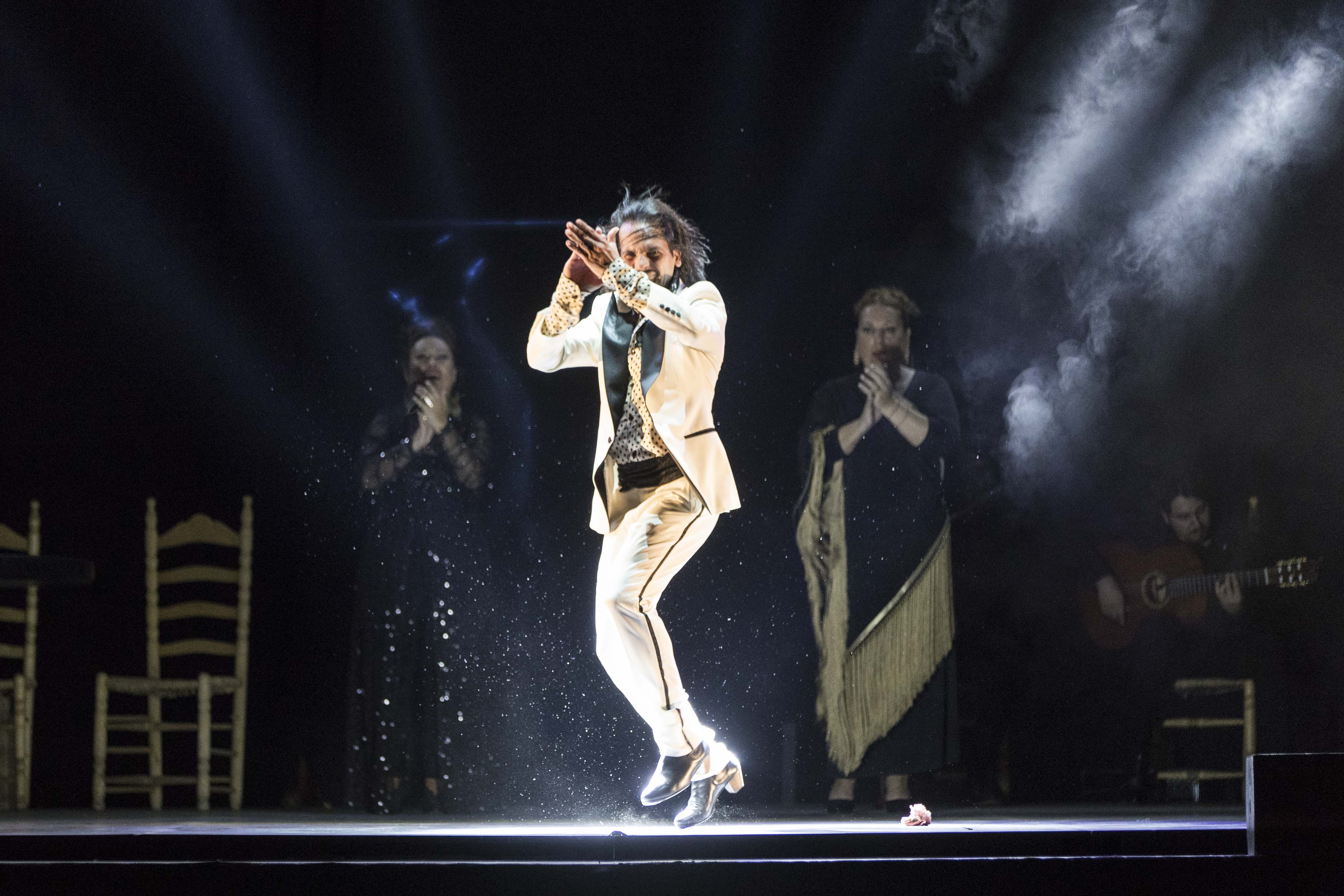 His new show, simply titled “Farruquito,” suggests both a look back and a statement of individuality, all told in words, music and dance. “Farruquito,” featuring an ensemble of dancers, singers and musicians, will be performed Feb. 2 at the South Miami-Dade Cultural Arts Center.

His father was a flamenco singer and his mother a dancer. His maternal grandfather, Antonio Montoya Flores, aka “El Farruco,” is considered one of the greatest dancers in the history of flamenco. Having lost his own son in a car accident, Flores took his grandson, then nicknamed “El Mani” (The Peanut), under his wing. That marked the birth of Farruquito.

The young protege first took to the stage when he was just 5 years old, joining his family in the closing number of “Flamenco Puro,” a now-legendary Broadway production. Soon, there were more improbable milestones. He was 11 when he appeared on a video by Camarón de la Isla, the premier singer in modern flamenco. Two years later, Farruquito danced a soleá (a key style within flamenco) with his grandfather in Carlos Saura’s documentary “Flamenco” — tradition finding its future. That same year, he played the lead role in his grandfather’s “Bodas de Gloria,” a work based on playwright Federico Garcia Lorca’s “Bodas de Sangre.”

But in 1997, just two years later, El Farruco unexpectedly died. At 15, Farruquito found himself the repository of his grandfather’s legacy. Then, in 2001, his father, Juan Fernández Flores, “El Moreno,” died in Farruquito’s arms during a performance in Buenos Aires. Adding to the family tragedies, in 2003, Farruquito was involved in a hit-and-run accident for which he served 14 months of a three-year prison sentence.

The autobiographical “Farruquito” marks the first time one of his productions carries his name. It will be presented during Farruquito’s first North American tour.

Artburst spoke with the dancer in Spanish from his home in Spain.

Artburst: Perhaps more than any of your previous works, this show tells your story. What was the impulse behind it? Why now?

Farruquito: For this show, I have taken the most important moments in my career, the moments that have taught me the most, only that I’m revisiting them with the perspective of how I feel and who I am today. It might be a function of age or the sum of many, many years of being onstage, but it’s a way of finally saying, “This is who I am.”

Artburst: In flamenco, there seems to be a running argument between traditionalists and innovators about the notion of purity. Where are you on this? Especially considering your grandfather’s work is now venerated as part of “the tradition.”

Farruquito: Those terms [such as “tradition”] have become a bit distorted in flamenco. Artists in other disciplines don’t have to deal with this all the time, but it seems that in flamenco we have to, and “purity” has become a synonym of old, traditional and basic. Why? Flamenco might be modern and be pure. The essence [of flamenco] doesn’t have to do with age or tradition. The essence, that “purity,” has to do with the artist’s truth, with his feelings and with the quality of how he expresses them.

Artburst: You wrote the music and lyrics of this show, but this is not something entirely new for you. Can you speak on the place of music in your work?

Farruquito: Many people are not aware that I have created music and lyrics for my other shows. Sometimes, dancing is not enough for me to express myself, so I turn to the cante, and to the music. I’m a music lover, and not only of flamenco music. [Guitarist Paco de Lucía] was a great influence, and so was [singer] Camarón or a group like [flamenco-blues band] Pata Negra […] But as a kid, I grew up not only listening to Michael Jackson — he was my favorite — but also Aretha Franklin, Nat King Cole, Ray Charles and so many others. And, of course, I bring their inspiration to flamenco, because that’s where I feel I can defend myself best. That’s my territory.

Artburst: You are at the center of “Farruquito,” but the show suggests a dialogue of the dancer with the singers and the musicians. It’s not that one simply accompanies the other, but rather they converse. At different times, they all probe and respond, lead and accompany. Roles change. Is that the idea?

Farruquito: That’s how it was designed. Flamenco was not born with a principal dancer and a bunch of accompanists. Also, for us, flamenco is not just what one prepared for that moment but also improvisation, spontaneity. This show is very structured, but also has a lot of improvisation. We can say it’s rehearsedly improvised […] because that’s life for us. You can create a structure, but life cannot be 100 percent structured nor 100 percent improvised. All my shows carry messages of lessons I’ve learned in life. But it’s hard for me to talk about those lessons. I’d rather dance them. I communicate them better that way.