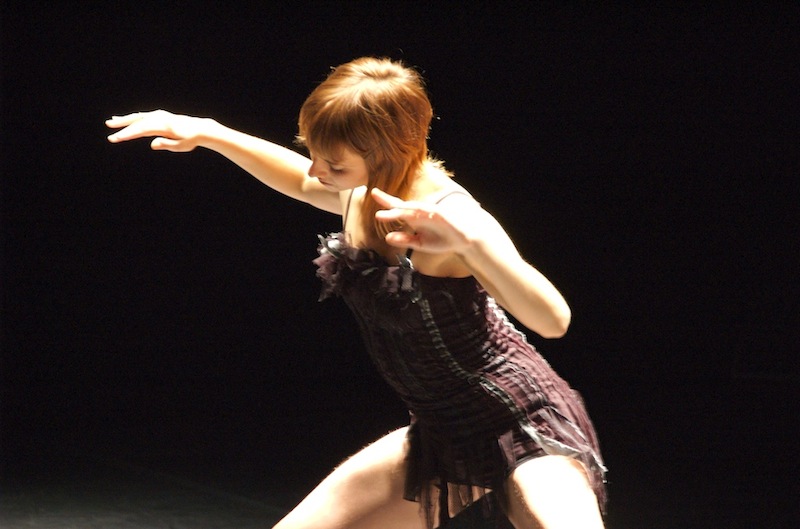 Set aside for a moment any preconceived notions you may have about the French arts and culture; toss out the idea of the beret with a striped shirt and a baguette stuck underneath an arm. So much happens creatively in France and in the French diaspora, but it seldom reaches South Florida.

This year, that began to change thanks to Tigertail Productions’ Florida-France Festival, or FLA-FRA, http://www.tigertail.org/home.html, which began on April 1 and closes on this weekend with one-of-a-kind performances by leading French choreographer Myriam Gourfink http://myriam-gourfink.com and fellow countryman and renowned dancer Cédric Andrieux.

These concerts cap the month-long celebration of dance, music, film, video and performances, with talent from both Florida and France, which make up FLA-FRA, the brainchild of Tigertail founder and executive director Mary Luft.

“Festivals are changing in the United States. It’s not just what you have in a concert hall. I was very interested in engaging people from this community, and that’s been great fun. All kinds of people have responded,” says Luft.

“This is a two-year project, and next year it has more of a focus on the diaspora,” she explains — she’s seeking artists from Cote d’Ivoire, Algeria and Tunisia.

And the reason she chose France?

“Very little new work from France gets to Miami,” she says. “There’s a huge [French] festival in New York City, but new work in dance doesn’t get here. Expats are usually extremely conservative. I found that with Brazil as well. They are generally more business-oriented.”

Still, a large contingent of French-speaking people makes South Florida home. “There’s a huge French diaspora here, from the Caribbean, from Canada, and so I was interested in focusing on significant French artists to bring in new ideas,” Luft says.

One such artist is dancer Cédric Andrieux, who first visited the area in 2007 with the Merce Cunningham Dance Company and still has vivid memories of that visit. “The idea to create a festival that allows different cultures to meet, especially in the experimental and contemporary art forms, seems to me extremely rich in itself,” Andrieux writes in an e-mail from a dressing room in a theater near Lille, France.

“It allows the audience to discover different points of view on sometimes similar issues, which is always a fascinating experience,” he continues. “What do we share, how do we deal with our differences, which in the long run helps us develop new ways to be together, and also new ways to interact with our surroundings.”

For his colleague Myriam Gourfink, whose performances on Friday and Saturday mark her South Florida debut, the interaction has always been there, but it is in the way the work is presented that opens new paths of communication with the public.

“I would say that engaging the audience in an interactive way may seem new, but in fact, it is more the way of doing it that has changed,” says Gourfink from her home in Paris, after having danced this month in Greece, in the south of France, and in other locations around her hometown.

“I think that any kind of art, and any kind of live performance, is by definition interactive,” says Gourfink, whose performances at FLA-FRA are based on the idea of dancing guided by breath, a concept that stems from her yoga practice and on which she has been working since 1996.

“All audiences are alike, but all are also very specific,” she adds. “It is difficult to foresee what will happen between the three performances we will present at FLA-FRA and for the Miami audience. …We will share the same space during the very same time and we will see what will occur.”

Right before Gourfink’s pieces go on at the Miami-Dade County Auditorium, Miami’s own Heather Maloney, from Inkub8 http://inkub8.org/Inkub8/Home.html, will also be performing a five-minute piece to the sounds of French composer and pianist Eric Satie.

Gourfink’s work, starting with Breathing Monster, a solo performed by her on a raised catwalk, then takes center stage.

Meanwhile, Andrieux’s program at the Colony Theatre in South Beach on Saturday features a solo, biographical piece that carries his name, and which he not only performs, but narrates as well. A renowned French choreographer and provocateur who has used this format with several dancers to present their lives as performances conceived the piece. “This piece is part of a series that Jérôme Bel started in 2004, at the Paris Opera Ballet, for a corps de ballet dancer, Veronique Doisneau,” says Andrieux. “It has since taken several forms… The idea with these works is to question different dance practices, from the dancer’s, or worker’s perspective. It allows the audience to become part of the experience of dancing, but it also questions them on their expectations when it comes to dance, and in a larger format, art.”