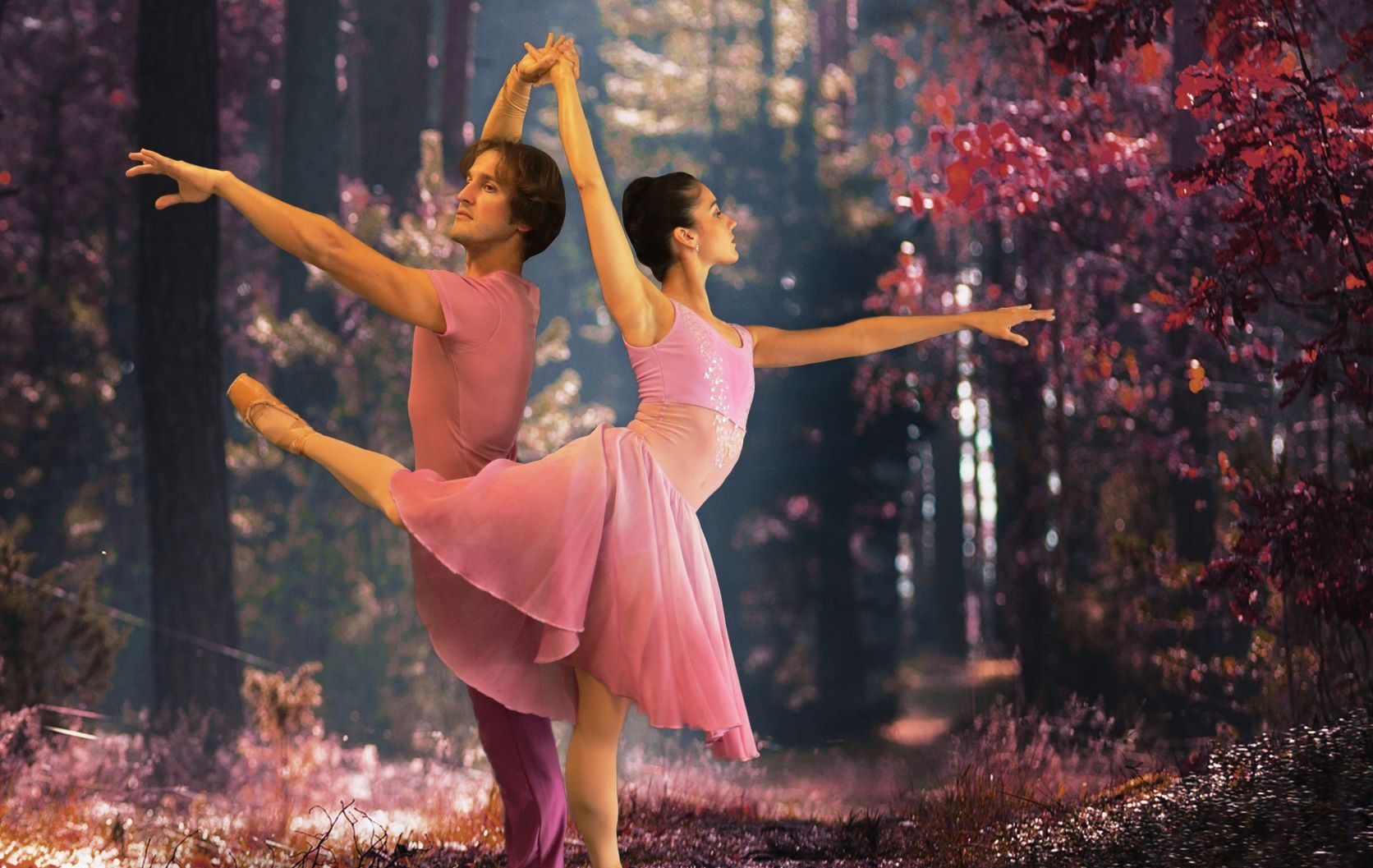 Claudia Lezcano and Maikel Hernandez in “The Four Seasons” by Yanis Pikieris. (Photo courtesy of Dimensions Dance Theatre of Miami)

Dimensions Dance Theatre of Miami returns to the SMDCAC Main Stage in July with its Program II: “Generations of Genius.”

The program, set for July 17-18 at the South Miami-Dade Cultural Arts Center, will feature premieres choreographed by different generations.

The first, “Around Midnight,” is the work of DDTM dancer and choreographer Yanis Eric Pikieris. The five-movement, 20-minute piece was originally commissioned and performed in January by Ballet Vero Beach. Pikieris set “Around Midnight” to music by 20th-century Hungarian composer Ernst von Dohnànyi, and said he found inspiration from a painting of the same name by Hungarian painter Robert Pelles.

In it, the painter establishes a counterpoint on the canvas between hard-edged, brightly colored geometric figuration and cloudy washes of purple and blue tones. 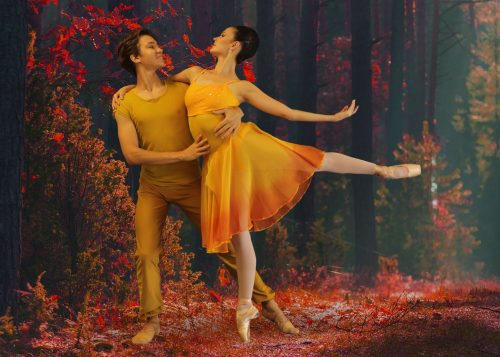 Mayrel Martinez and Alexey Minkin in “The Four Seasons” by Yanis Pikieris. (Photo courtesy of Dimensions Dance Theatre of Miami)

This counterpoint of sharp and soft is one of the choreographer’s hallmarks. Solo and group sequences mesh snap re-directions with gooey duets in which the partners twine together.  Unsurprisingly, this is the kind of transition that Pikieris the dancer executes brilliantly.

“In this piece, I’m committed to the concrete reality of connection between dancers while also remaining committed to abstraction in movement. For ‘Around Midnight,” this means visually repeating the ethereal, airy quality of the music and painting while locating moments of tenderness in the abstraction,” he said. “If there’s no connection between the people dancing, abstract dance can get boring. It’s important that the dancers locate each other and have a relationship for the dance to feel warm.”

DDTM’s Program II connects both dancers and choreographers. Pikieris not only contributes a new work to the program but dances a principal part in his father’s full-length, 40-minute choreography of composer Antonio Vivaldi’s 1723 violin concerti, “The Four Seasons.” (DDTM frequently performs to excerpts of the piece, but this will be the first program where the company dances the entire work.)

During a recent rehearsal, the violins pulsed brightly with the principal theme of “Spring,” the work’s opening movement, as Pikieris’ father, choreographer Yanis Pikieris, observed intently from the sidelines.

Dancers Meisy Laffitte, Claudia Lezcano, Miranda Montes de Oca, Calista Olson, Paulina Zambrana and Cassidy McAndrew circled the floor in pairs, sashaying en pointe, their arms sweeping low to overhead before forming three pairs that introduced a visual fugue. Each pair executed a forward-kick swung back in attitude then freezing in a lunge, their arms reaching overhead as if holding up a trophy.

“And then we run out of steps,” said the senior Pikieris, jokingly, as he cut the music. “This used to be a solo. We never had this many women dancing with us, so I’ve redone the piece to include them.”

DDTM was founded in 2016 by former Miami City Ballet principal dancers Jennifer Kronenberg and Carlos Guerra and, since then, has built a reputation for consistently strong dancing. On this afternoon of rehearsals, though, the lunges seemed deeper, the footwork crisper, the coordination and group timing even sharper than before the shutdown.

“I feel everyone returned with a new appreciation for what they’re doing,” said Kronenberg. “They have a mentality now of, ‘Let’s not hold back. This is something that can be taken from me.’ People aren’t saving themselves.

“Also, throwing Emily and Cassidy into the mix has been fun, like throwing a pebble into a lake,” she added, referring to Los Angeles Ballet company dancer Cassidy McAndrew and former Miami City Ballet principal Emily Bromberg, who both perform in this program. 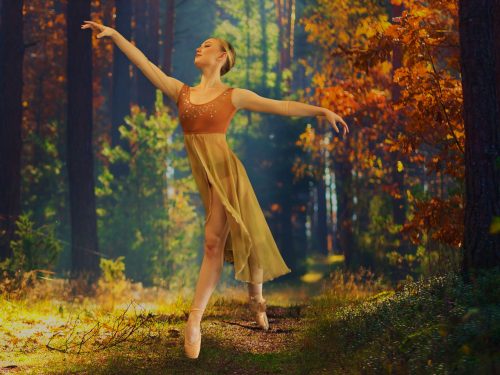 With the first slow chords of “Summer,” Bromberg transitioned elastically from deeply forward to a full backbend, her arm wafting with the adagio passage above her head, and the tip of her finger lifting softly to mark the end of the phrase.

“I asked if I could take class and they said sure, so long as I was vaccinated,” Bromberg later related. “Then after a set of canceled performances, I realized I’d go to Spain without dancing for eight months.”

Bromberg is headed to Spain for her new role next year, as both principal and ballet mistress with the Ballet de Barcelona under artistic director, Chase Johnsey.

“I found it gracious of [DDTM] to invite me,” Bromberg said. “March 2020 was the last time I was in a theater, and this program gives me the chance to dance one last performance for audiences in Miami before I leave.”

For Kronenberg, Bromberg brings a special skill: “I think she embodies what we are trying to get [the dancers] to do. She has a different style and technique … Her footwork is so deliberate, intentional – you don’t see the shoe when she dances, not to mention her suppleness and musicality.”

Oliver admitted some nervousness at the prospect of performing live on the SMDCAC Main Stage after such a long pause. 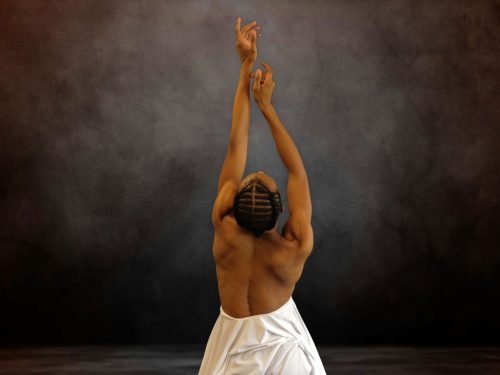 “This is the first Main Stage ballet, so I have nerves, but they’re good nerves,” she said.

The final piece is “Touch Me,” a 1977 Gerald Arpino work being danced by DDTM guest artist Daniel White. It was staged for DDTM by Cameron Basden, a Joffrey Ballet repetiteur, The Gerald Arpino Foundation board member and Artburst Miami collaborator. Set to a recording of a live concert by the Rev. James Cleveland and the Charles Fold Singers, “Touch Me” is notable for its nod to Alvin Ailey works like “Cry,” and the striking visuals the bare-chested dancer makes as he sweeps the floor, draped in a voluminous white gown.

“Arpino’s sensitivity in every element of ‘Touch Me’ truly shows how inspired he was by Rev. Cleveland’s music,” Basden said. “It becomes a real journey for the dancer using Arpino’s modern-influenced movement combined with the spiritual gospel music. I know audiences will be moved.”

With “Generations of Genius,” DDTM hopes to move and inspire.