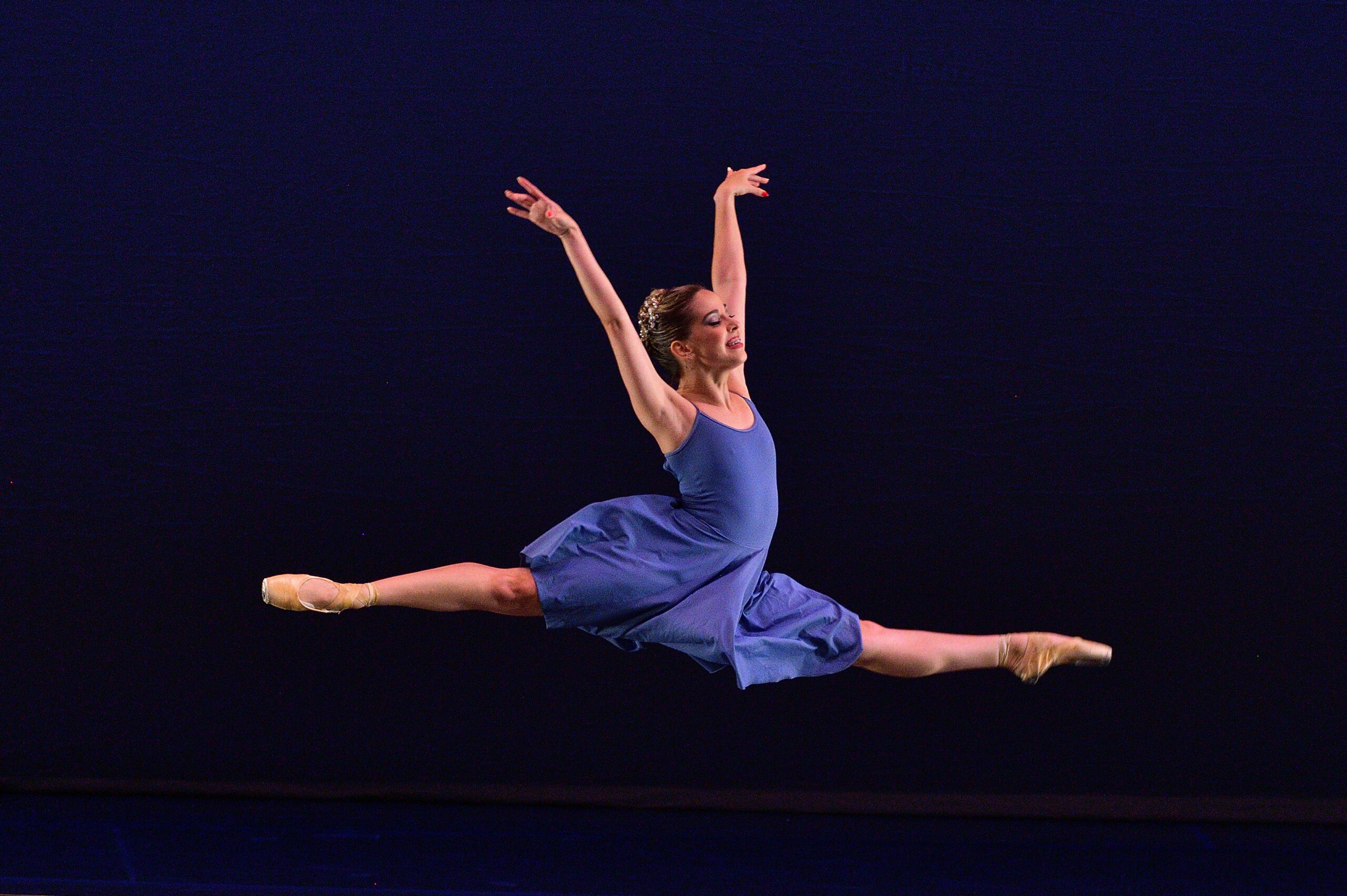 Dimensions Dance Theatre of Miami knows how to put audiences in a friendly zone. Often sunny and sonorous, the troupe’s repertory has plenty of game drawing us in with big, brisk movement, stirring music, and eye-catching designs that foster a good feeling.

Naturally, there’ll be no shortage of those high, bright notes when the company returns to South Miami-Dade Cultural Arts Center on Saturday, July 16 and Sunday, July 17, with its “Modern Masters” program, which features new and recently adapted works by in-house artists, including the beatific “Adiemus” by choreographer-in-residence Yanis Pikeiris and his longtime associate David Palmer.  Yet, for intriguing balance, it’s the intimate voice of French-Canadian choreographer Helen Simoneau that will lead into more shaded, circumscribed territory.

In “Smallest Orbits,” her first stage work for DDTM, Simoneau references the setbacks of confinement and strides toward reconnection amid the pandemic. The springboard was a brief dance the often-commissioned choreographer—who also heads Helen Simoneau Danse—set virtually on members of Philadelphia’s Ballet X sheltered in their respective pods. Thus, while our COVID battles will continue to reverberate in the arts for a long time, “Smallest Orbits” arrives like a dispatch from the trenches. 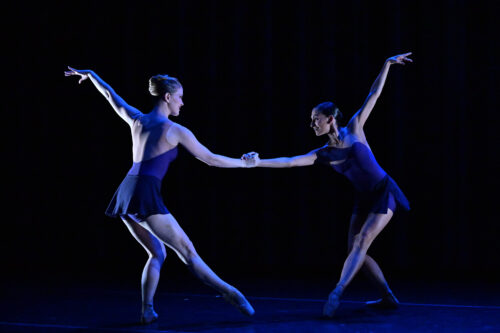 “My focus was on isolation and how our worlds had shrunk,” says Simoneau, pointing out how lives that would have intersected became only parallel. “Just saying hello, checking in with people, seemed so precious.”

But limitations turned into lessons. “We realized how much joy starts in these smaller orbits of our lives,” underscores the choreographer.

In fact, the course from distanced coping mechanisms to in-person contact determined how Simoneau’s premiere came to fruition at Dimensions. Among five regional dance creators chosen by Atlanta’s South Arts for Momentum, a project to facilitate touring opportunities and networking, Simoneau and DDTM co-artistic director Jennifer Kronenberg connected at a cohort meeting in the fall of 2019. Rapport between the then North Carolina-based choreographer—a Guggenheim Fellow and American Dance Festival favorite—and the up-and-coming Miami group augured easeful cooperation during the three-year duration of the initiative.

Then the virus hit. “It felt like the rug had been pulled out from under us,” recalls Kronenberg. The supporting organization and Momentum participants scrambled to jump over the hurdles of a new reality. 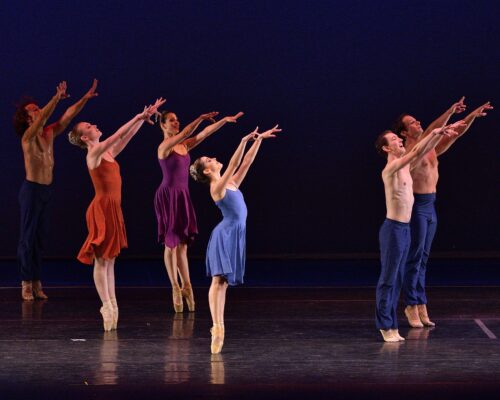 “We started talking about the redefinition of touring, how to go on with the mission of engaging with new communities,” says Kronenberg. “With mandates being so different in each state, we still had to find ways of helping each other. At least we got a lifeline in funding to keep dancing through the pandemic.”

Forging ahead, Kronenberg’s husband and company co-director Carlos Guerra helped Simoneau mount one of her duets on Dimensions using Zoom, confirming their partnership was a great fit. By the start of this year, the choreographer was finally able to visit DDTMstudios to set the opening section of “Smaller Orbits” for a works-in-progress showing last March.

“Helen came in like a breath of fresh air, with a calm mindset and inclusive approach,” says Melissa Verdecia, who is dancing in “Smallest Orbits” along with her husband Lyvan, Chloe Freytag, and Daniel White. “She has created a magical union in the way we circle around each other in the dance  — like every planet unique, but sharing a common human force.”

As another choreographer on the program, Lyvan Verdecia is also re-staging his percussion-driven duet “Sobre un Hilo” (“On a Thread”), which denotes the tightrope of uncertainty he tread on having left Ballet Nacional de Cuba during a 2014 Canadian tour to seek asylum in the United States. He feels that now performing in Simoneau’s work has amplified his knowledge of the dance-making process. 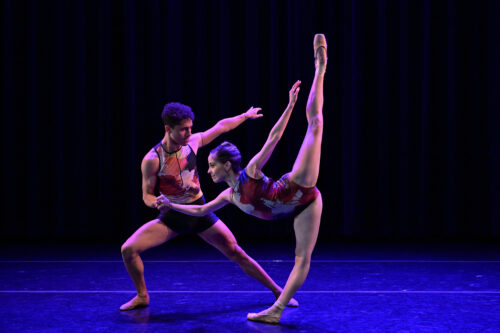 “At first she drew figures on paper, color-coded to each dancer, so we could see the movement patterns better,” he relates, impressed by her methods of exploration and openness to collaboration. “Her different way to do things helped us think and understand better.”

The Verdecias agree Simoneau’s modern dance sensibility applied to ballet technique calls for a flexible but transformative stance.  And the visiting choreographer recognizes there are challenges in her style, where moves—say, a turn on pointe propelling a ballerina to curve downward—flower with a hybrid vigor.

But Simoneau found her DDTM cast to be “committed and present, their sociability very productive. Whether for modern dance or ballet, it’s always when dancers show me their own curiosity, their desires, that I come to realize how they look best.”

This helped her develop the original concept of “Smallest Orbits” into a deeper exploration of the role the individual plays in a group, a constant concern in her oeuvre. Perhaps having grown up in a small village and a large family in Quebec alerted her from an early age to the complexities of interpersonal dynamics.

“As I’ve taken my path in life,” admits this artist, “I think a lot about belonging—about coming into community.” This is no abstraction for someone who, venturing out from a rural environment, plunged into her art form at seventeen enrolling in the University of North Carolina School of the Arts, her first English-language academic setting. 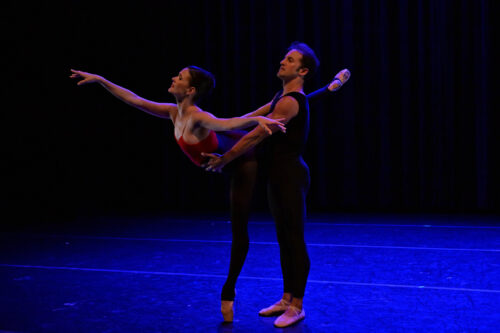 Mayrel Martinez and Maikel Hernandez in “No. 5,” Yanis Eric Pikieris’s fifth work for the company. (Photo courtesy of Simon Soong)

While her choreography for “Smallest Orbits” grew, Simoneau relied on contemporary American composer Michael Wall, whose career has been closely tied to dance accompaniment, to add more of his music to the score. From this long-established collaborator, the measures on the piano—with the insistence of ranging thoughts—provide both an overarching atmosphere and a path-blazing pulse underfoot.

For company dancer and emerging choreographer Yanis Eric Pikieris (whose father Yanis choreographed “Adiemus”), watching how Simoneau works has been revelatory. “I’m amazed at how fast she’s able to put things together. She knows what she wants, but when adjustments are needed, she’s also great at problem-solving.”

In part to celebrate the expansive spirit of DDTM, with its embrace of choreographers such as Simoneau, the young Pikieris is contributing a premiere of his own to the upcoming lineup. “No.5” is his fifth work for the company and is intended as a bow to his artistic home on its fifth-anniversary season. From sweeping ensembles to zestful duets, there is an exult in his passion for Bach using movements from the “Keyboard Concertos” and selections of Peter Gregson’s inventive re-compositions of the “Cello Suites.”

“I hope this program shows how far we’ve come,” says Pikieris. “We’re taking on very different pieces. But in each one every dancer has risen to the occasion.”