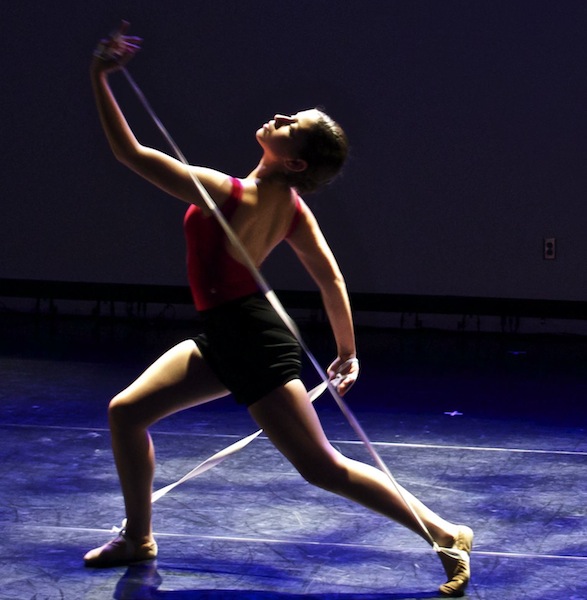 When Dimensions Dance Theatre of Miami (DDTM) takes the stage this weekend, it will present a program rich in the cultural milieu of Miami. Co-founders Jennifer Kronenberg and Carlos Guerra introduced the company last November in an inaugural performance that received rave reviews. That program, “Between Havana and Heaven,” displayed a company more than ready to add its voice to the world of professional ballet.

Each ballet company is formed by its own unique time and place. Some arose out of a decision of a national government, others from the vision of its founder or founders. Kronenberg and Guerra wrote that they “would like Dimensions Dance Theatre to be as representative of Miami as we personally feel that we are, and have been for years.” Both are former principal dancers with Miami City Ballet. Kronenberg says they would like to bring a wider variety of dance to South Florida. “The art scene in Miami is advancing rapidly – lots of energy; dance and ballet are not keeping up.” [Of course, some of Miami’s energetic cultural activity took center stage last Sunday with the Oscar winning Moonlight, including for Best Picture.]

What makes ballet flourish in one area and struggle for survival in another? There are many possible reasons for success: a supportive community; a commitment to excellence; work that is accessible to audiences. Miami seems to have all the components in place, yet many people still point to a void. “Exposure helps the evolution; dance needs to evolve in South Florida,” says Kronenberg.

DDTM program once again taps into the rich mosaic of Miami. The works of three generation of Latin American choreographers are presented: Ariel Rose, Douglas Gawriljuk and Yanis Pikieris. All are at different stages in their careers. Rose, from New York, is an emerging choreographer who performs with Miami City Ballet. His piece, “Esferas,” is a pas de trois between two men and a woman. Kronenberg describes it as “flowing, involved and fast.” Gawriljuk comes from Brazil and danced with MCB from 1993 to 1998; he has established himself as a choreographer to watch. His piece, “Entre Dos” — to music by J.S. Bach — is a pas de deux performed by Kronenberg and Guerra, who are a married couple. Venezuelan Pikieris was a founding member of MCB, and has created works for numerous ballet companies. Two of his pieces are on the program: “Concerto for Gamelan,” with music by Lou Harrison; and “Zheng Concerto” to a composition by Tan Dun.

DDTM will also present a discussion with the choreographers, giving audiences an insight into the creative process of this new troupe. This will be followed up with a question and answer session at the conclusion of the program.

What does it take to build a ballet company? Kronenberg responds with a touch of humor “guts, determination and lots of sleepless nights.” Speaking with gravitas, she adds that it also comes with responsibility. “A responsibility to keep it going, especially for the dancers who perform with the company; a responsibility of furthering the process — diving deeper in the water — and to keep it growing.” And, it might be said, a responsibility to audiences seeking fresh voices that reflect a cosmopolitan 21st century Miami.