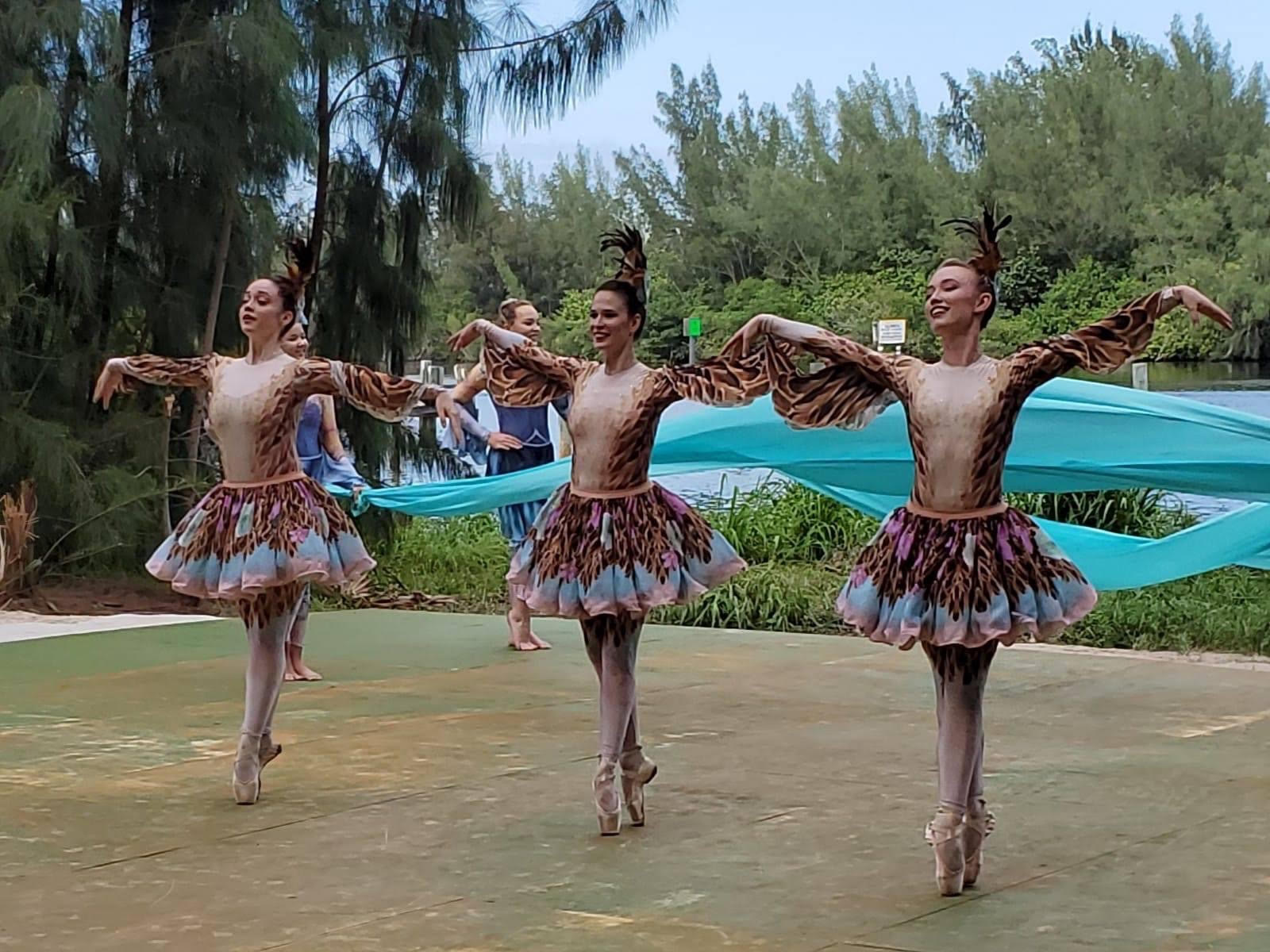 Dimensions Dance Theatre of Miami has been busy preparing new, full-length works for its spring program.

But first, it will launch its fall series this week by offering a sneak peek at some of these works.

Starting Nov. 6, Dimensions Dance will present “From Behind the Mask: Digitally Unveiling DDTM’s 2021 Season,” a free virtual program with informal vignettes of upcoming premieres, interviews with choreographers, and artist insights into the works, as well as behind-the-scenes footage.

“What I find magical about Yanis is the passion and energy that pours out of him,” said DeAlexandro. “I notice in his choreographies a similar energy to Vicente Nebrada’s choreography with lots of twisty-twervy movements for the girls. [‘Adiemus’] has a kind of Enya vibe – gooey, lovey, and Yanis knows all the tricks to the partnering.”

For Jennifer Kronenberg and husband Carlos Guerra – DDTM co-artistic directors – generating new works meant they could keep their dancers employed during tough times. The company received initial funding for its digital season from the state and Miami-Dade County, as well as from South Arts, a nonprofit foundation supporting performing arts organizations throughout the South. A recent boost came from The Miami Foundation, which has allowed Dimensions Dance to extend rehearsals an additional five weeks, Kronenberg said. 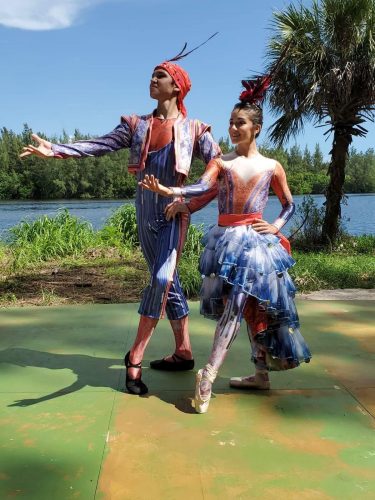 Alexey Minkin and Claudia Lezcano in “Nutcracker on the Indian River,” which will stream from Dec. 23 to Jan. 6. (Photo courtesy of Carlos Guerra)

“We’ve filmed an environmentally themed outdoor version of ‘Nutcracker’ in Vero Beach on the Indian River,” Kronenberg said. “For instance, instead of the Land of the Sweets, Clara encounters all kinds of local wildlife, like Mother Mangrove instead of Mother Ginger, the Cranes instead of the Arabian dancers. We have Sand Pipers instead of Mirlitons, Gopher Tortoises replace the Chinese, Land Crabs take the place of the Spanish – their claws act as castanets.”

Asked how they were able to continue creating new works during the COVID-19 pandemic, Kronenberg said the key to staying in the studio has been frequent testing. The dancers have formed social bubbles of twos and threes.

“We have a protocol list they had to sign if they wanted to work at this time,” Kronenberg said. “We are extremely diligent about daily safety protocols, including temperature taking, mask wearing, hand sanitizing and general sanitizing practices in the studio. We have successfully completed five weeks of work without any COVID scares.”

DDTM dancers DeAlexandro and Chloe Freytag agreed that the chance to return to the studio made any inconveniences observing the company’s protocols worth it.

“Knowing that a life-threatening virus could harm any of the people that I love motivates me to get tested regularly,” DeAlexandro said. “Of course, it can be a tedious task, but if that’s what we have to do to practice our craft together in the studio, then I am all for it!”

Of course, the pandemic makes it impossible to dance before a live audience right now. For DeAlexandro, no live audience meant less nerves and the added chance to push the envelope: “I felt a little more comfortable in the space, knowing that if someone would see something, we could pause. Knowing I could stop made me go for it and push even more.”

But both dancers agreed that dancing without an audience was just not the same. For a digitally streamed performance, the audience can respond in likes, comments and emojis, but that is all “really different than a roaring audience giving reverence to what you’ve just done,” Freytag admitted.

WHAT: Dimensions Dance Theatre of Miami’s “From Behind the Mask: Unveiling DDTM’s 2021 Season”