Deconstructing Flamenco with Brazzdance and Da-Da 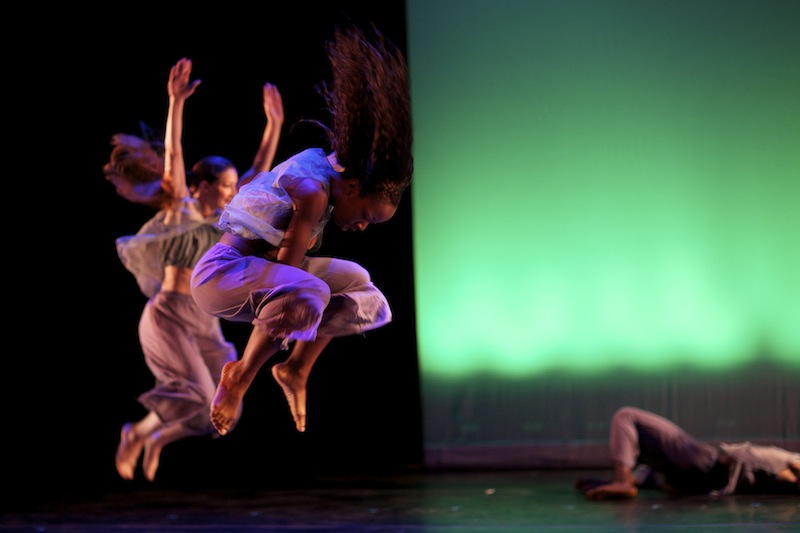 Brazilian native Augusto Soledade and his company, Brazzdance, are known for hybridizing multiple cultural styles, from American hip-hop to Argentine tango to Brazilian capoeira, and turning them into original contemporary dance works.  Miami-based Soledade and his full-time roster of dancers lately have been exploring flamenco.

One result is his project, Da-Da, being performed April 3 and 4 aThe Gleason Room Back Stage at the Fillmore on Miami Beach. We spoke with Soledade when Da-Da first premiered, and about the multi-layered creative process from which it was formed.

How did you develop your ideas for Da-Da?

For this specific work, I wanted to look at rhythm. Rhythm as a cultural process became more prominent to me in Miami because here, I’m exposed to all these different rhythms — Afro-Cuban music, Afro-Haitian music, bachata. Then that little light bulb came on. What I felt I needed to do was to investigate something that was not really known to me. Something outside my comfort zone. And so I started to investigate flamenco music and dance. And the starting point was rhythm itself.

What is your take on rhythm?

For me, rhythm starts with a simple kind of binary structure. You know, just two beats, one, two. When I realized my starting point was two beats coming together, I gave it the name, “Da-Da.” And also Dada is an artistic movement from the beginning of the 20th century. Choreography for me is about making associations, so I decided to look at Dada and see what it was about.

I realized that it had to do a lot with what I was intuitively pursuing already. Dadaism is all about anti-art, going to the more common and routine objects and presenting them as artistic ideas. And so I started to create improvisational games to generate the work.

Through this framework you were exploring flamenco? What did you find?

My biggest connection was with the gestural movement that is so important in flamenco dance. The gestural movement in flamenco has such a strong sense of cultural narrative. I started to think, “How can we communicate something through gestures?” And I immediately thought of sign language. I am actually in the process of trying to find someone who can sign, to make that a part of the work.

During this process, did you make any discoveries that surprised you?

I was most surprised by how sign language became such an important reference to what I was doing.

In 2012, when I was at the Florida Dance Festival and I was teaching a class, one of the students there was deaf. She had somebody there who was translating everything I was saying. And I was so intrigued by that interaction. It was my first time ever teaching a deaf student. …That kind of stayed in the back of my mind. I feel it surfaced again through this work. We as human beings are so much about communicating. We communicate verbally, nonverbally, spiritually, psychologically.

Do you think of rhythm as a language?

Yes, I do see rhythm as a language. Rhythm the way I know it, and experience it culturally, doesn’t always feel like a language because I don’t have to make an effort to utilize it or understand it or produce it. But I feel that a sense of language is more prominent once you find yourself in an unfamiliar context. I’ve been to places where I simply did not speak a word of the language of the place. And I know how that made me feel. And I also understand how I felt once I started to recognize the symbols that represented the language. When it comes to rhythm, that process is very similar.

I dealt with that specific issue when I got to Miami and I was exposed to Afro-Cuban rhythm. I was like, “Wow, I cannot find the downbeat!” So it took a little knowing or listening more and hearing the rhythm, until I could say, “I can find myself in it.”

It was the same with flamenco music. That’s why I chose flamenco for this piece. I wanted to put myself in that vacuum so I could say, “Yes, this is really new to me, I don’t really know what I’m doing and so, here we go!”