Daniel Lewis Dance Sampler: A Preview of Seasons to Come 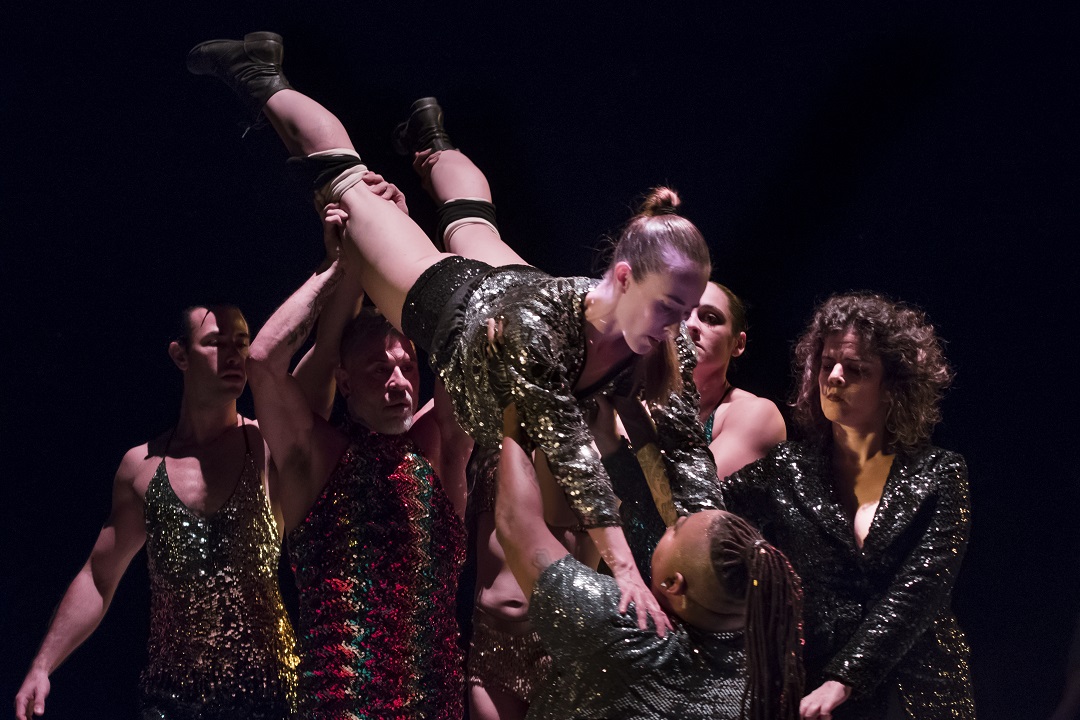 When the 11 dance companies performing in the Daniel Lewis Miami Dance Sampler step onto the stage Saturday, they bring with them a rich array of diversity and experience. This includes Momentum Dance Company, one of the longest established modern dance companies in Miami, to Alma Dance Theater and Dimensions Dance Theatre of Miami, two of the most recent additions to the area’s growing roster of professional dance companies.

Delma Iles, artistic director of Momentum, has had a front row seat to the growth of dance in Miami. “We have a bigger dance community now — bigger in all directions — more ballet, more tap, modern, more flamenco, more of all of it,” says Iles, whose company is presenting a piece titled “Nacre.”

The Sampler is a preview of the companies in the area and offers a taste of what each troupe will be presenting in the coming season. “The mission of the Sampler is to showcase Miami’s established companies and choreographers,” explains Hannah Baumgarten, co-director along with Diego Salterini, of Dance Now! Miami. The company has been presenting the Sampler since 2011, naming it the Daniel Lewis Miami Dance Sampler after its founder, choreographer and former Dean of Dance at the New World School of the Arts, Daniel Lewis.

Pioneer Winter, whose company Pioneer Winter Collective is a staple at the Sampler, says it’s “a good example of the breadth of dance that we have in Miami. No two companies are alike.”

Winter is presenting an excerpt from “Reprise,” a work that shows off the diversity of the company.

Watching Dance Now! rehearse in the studios of the Little Haiti Cultural Center, it is easy to sense the excitement for the coming season, which will be its 19th. Jenny Hegarty, rehearsal director, performs “There I am, Here,” a solo which the company will present at the Sampler. It is lyrical with a jazzy feel to it and one of the shorter pieces on the program, with most run about seven minutes — sufficient to give the audience a feel for each company.

Baumgarten and Salterini speak with passion regarding the Sampler’s importance to the community.  They express the need to establish a stable and repeated season for the Sampler, something audiences can look forward to each year. “They may discover a group they weren’t aware of,” says Baumgarten. A pre-show discussion is planned before each performance that acts as a bridge between the audience and company directors.

The history of the Sampler goes back nearly 20 years, when Lewis started it, presenting modern dance companies at the Colony Theatre. In 2011 Baumgarten and Salterini presented the current rendition at the Little Haiti Cultural Center in conjunction with Lewis’s Miami Dance Futures and Florida Dance Educational Organization. Two years ago the Sampler shifted to NWSA, which also became a collaborator. Lewis’s vision has gone beyond modern dance and includes all styles of dance. Baumgarten explains that selections are based on many factors, including a rotation system. Some companies like Momentum, Arts Ballet Theatre and  Karen Peterson and Dancers appear most years. For Dimensions Dance Theatre, it’s their second year appearing. The troupe is presenting a piece titled “Rock and Roll” which is an “upbeat mix of classic ‘50s rock. It’s a dance-in-your seat piece,” says Jennifer Kronenberg, artistic director (with Carlos Guerra) of Dimensions Dance. The company recently appeared at the Joyce Theater  in New York City and was given glowing reviews by The New York Times dance critic Alastair Macaulay.

Alma Dance Theater is presenting for the first time at the Sampler this year. Marissa Alma Nick, artistic director of the company, has garnished many accolades since founding her company in 2014. Nick and Winter are both recipients of this year’s Dance Miami Choreographers Award. Company member Marisa Turner is performing a solo from Nick’s 2017 Knight Arts Challenge  Award-winning, “Flowers,” which deals with aging and dying.

Ballet Flamenco La Rosa,  which was founded in 1985 by Ilisa Rosal, is presenting an excerpt from Verano y Humo, an original flamenco ballet by Rosal and inspired by Tennessee Williams’ “Summer and Smoke.” The performance features live music with singer Salvador de Angela and guitarist Victor Barrios.

The Sampler often marks the start of a busy season for most of the companies. Winter is planning to perform his “Grass Stains” pieces as well as an international  site-specific project with six cities including Athens, Bogota, San Francisco, and New York City. In addition, Ballet Flamenco La Rosa will perform their interpretation of Dracula in El Conde Dracula. Alma Dance Theater is premiering A Rebel in Venus. Dance Now! has an active season ahead including New Voices presenting Chris Rudd.

As for the Sampler, the companies and choreographers this year also include Fuentes Stephanie Dance Project, Karen Peterson and Dancers, New World School of the Arts Dance Division, and Tango Out.