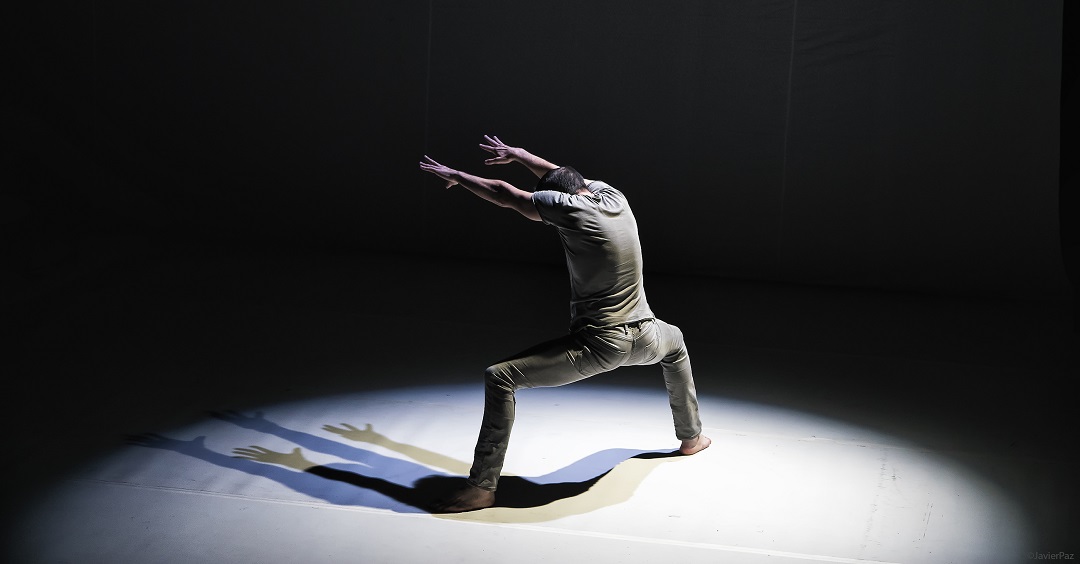 Dance, seemingly so rooted in the body, is of course also all about the heart and mind. And what goes on inside our heads when we are shaken out of our comfort zones is the subject of “Cabeza,” the solo work by contemporary dance choreographer Daniel Abreu that has its Miami debut on October 19 at the Miami-Dade County Auditorium. The 42-year-old Abreu is a much-lauded artist in his native Spain, having won the country’s National Award for Dance in 2014 and, more recently, taking home not one but three awards this summer at the Max Prizes for Theater Arts in Seville.

The inner workings of the mind are a fitting subject matter for a choreographer like Abreu, who has a degree in psychology.  This academic training helped him as an artist: “I learned to read reality from many different perspectives,” he says, stepping back in order to objectively observe both himself and others. In “Cabeza,” the dancer creates a series of images that, Abreu explains, takes each individual audience member on a separate journey based on their personal reaction to the movement. At its core, he says, “Cabeza” is about feelings: the emotional response from the audience that gesture and movement create.

That said, “Cabeza” is an intensely demanding physical performance, but  Abreu’s movement style is difficult to pin down, as it is so deeply personal. Having trained first as a classical dancer before studying contemporary dance, there are brief moments in his work that look like they might spring directly from classical ballet. The way he plays with weight and the use of the body against the floor, on the other hand, brings to mind contact improvisation, while his reliance on gesture and repetition offer shades of the legendary Pina Bausch’s style of physical theater. Other movements are surprisingly reminiscent of jookin, the form of street dance that performer Lil Buck made famous with his take on the “Black Swan” performed in high tops and sweats to the cello accompaniment of Yoyo Ma. Abreu’s liquid hands and arms and the impossible pliés to the floor and back up again would be as at home on the streets of Memphis as in Madrid.

In fact, Abreu’s movement language is all his own, an idiosyncratic idiom that he arrived at over the course of many years, through hours of solitary improvisation. “I would go to the studio, put on the music and improvise for six or eight hours at a time,” he says. His movement style developed organically from those sessions. He has created over 60 works in his career, for his own company, for international dance companies and for theater groups in Spain.

His knowledge of psychology had a particular impact on “Cabeza.” “I wanted to examine what happens to the body when we experience a shock,” he says. The jumping off point for the work was a personal experience, but he hopes that every viewer will see the work through the lens of his or her own life history. “Everyone should make the work their own,” he says. “’Cabeza’ isn’t mine. It’s the spectator who gives it life.”

Abreu speaks often of imagery and using movement as metaphor, sometimes sounding more like a poet than a choreographer.  Like a poet, he embraces paradox, observing that, “in order to seem ethereal, you have to really be in contact with reality.”  He throws out carefully crafted images and hopes that viewers “let themselves be inundated.” “There’s no linear narrative in my work,” he says. Upon reflection, we each create our own story for what we have seen. “I just open the door,” says Abreu.

Apart from the performance, Abreu will also be offering a master class for dancers on Saturday at the Centro Cultural Español from 10:00 a.m. to 1:00 p.m.  In the workshop, he will ask participants to view their bodies in an entirely different way, at the smallest cellular level. The method, he says, can be transformative: “They realize that the gesture of the smallest part of one finger can be important.” Rather than looking at the angle of the arms or the height of a leg extension, dancers should feel “that they are moving millions of cells, like the sea moves or the sand.” Although they are entirely rooted in the physical, Abreu says, at the end of the day, the dancer’s job is but “to move the air.”