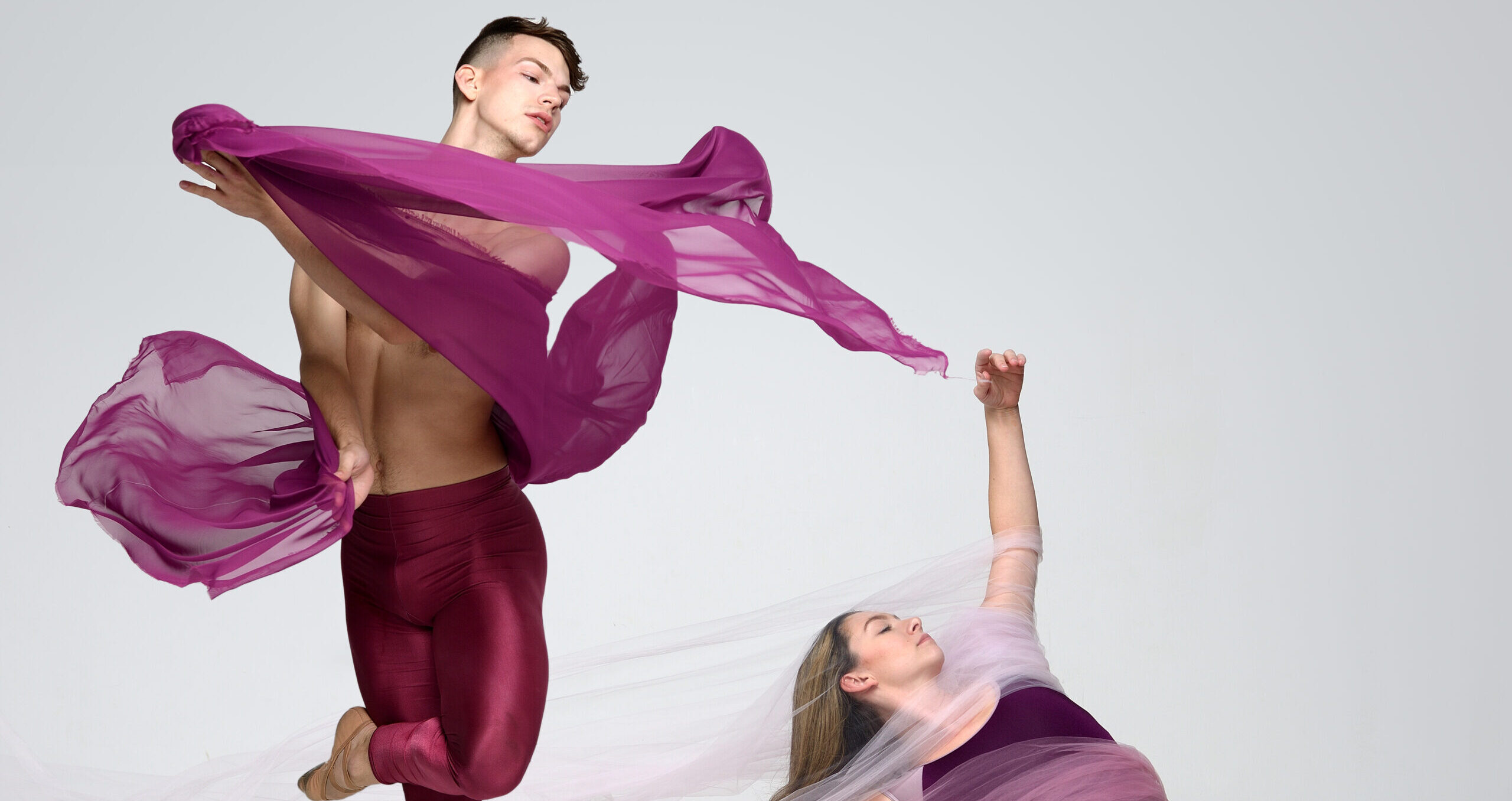 The traditional “Nutcracker” ballet tells a children’s story of a young girl transported to a magical world of sweets accompanied by her Nutcracker doll who transforms into a prince.

The ballet is also performed with a large number of children in key roles and auditoriums frequently packed with families.

For Dance NOW! Miami co-artistic directors, Diego Salterini and Hannah Baumgarten, it’s time for a new “Nutcracker.” The pair say they are taking the holiday classic in a new direction with “Clara,” a ballet that reconceives the “Nutcracker” story using mature themes with an adult audience in mind.

“Clara” tells the story of the self-discovery of a young woman.  A main feature of DNM’s new “Nutcracker” is the notable absence of the Nutcracker role.

“This is both supposed to be a holiday experience, and it is expected to be enjoyed by adults,” says Baumgarten. “No one under 13 is allowed,” she says as the DNM dancers set up for rehearsal of the new work on a recent Wednesday at the Little Haiti Cultural Center.

Baumgarten and Salterini came up with the idea last year but began to create new choreographies for the company in October. 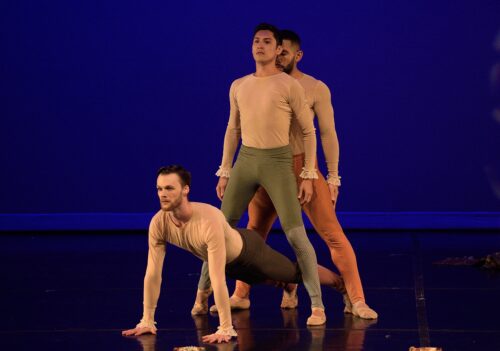 In Jaconello’s re-imagining, the music begins and the ballet’s opening melody is instantly recognizable but enveloped by jazzy rhythms and instrumentation that conjure a Manhattan lounge club vibe.

The dancers enter in gray pebble coats jogging from one side of the floor to the other.  Nine boxes are piled on the sides, each square painted in a way that, when combined, form the ballet’s key props from a Christmas tree to a throne.

The traditional “Nutcracker” ballet opens with the arrival of guests to a holiday party at the house of Dr. and Mrs. Stahlbaum.

DNM’s revised version shows a young-adult Clara (danced by Amanda Davis) welcoming friends by executing quick, flirtatious pirouettes with each as they arrive.   Once greeted, the guests mass at the back of the stage suggestively grinding and entwining together.

Also, in the traditional “Nutcracker,” Clara’s mysterious godfather Drosselmeier performs a supporting, non-dance role, which drops out before Act II. 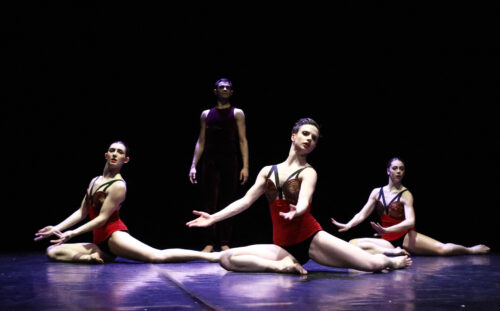 For DNM’s “Clara,” Drosselmeier – danced by David Harris – wears cigarette pants and a purple corset.  During the opening of the piece, his main objective is to prevent Clara from getting too close to the other dancers.

“He (Drosselmeier) is first so focused on blocking Clara from growing up and exploring herself that he doesn’t get to know himself,” explains Harris.  “As things progress, he gets intrigued to discover who he is.  When he is finally forced to reveal who he is, he doesn’t know why he was keeping (himself) in all the time.”

The scenes that follow innovate on the traditional sequences in a way that recasts the themes of the tale in an adult frame.

In the dance of Chocolate, the trio of Duclos, Roberts and Faris are together for a pas de trois that quickly morphs into a menage a trois, working out every combination possible of passionate couplings.

Finally, where the traditional “Nutcracker” closes with Clara and the Prince flying off in a magical sleigh, “Clara” closes with Davis and Harris dancing a final duet to a light piano solo. Then with a crash of cymbals, the other dancers join in as jazzy trumpets and saxophones on melody shed Christmas for a New Year’s countdown party vibe.

In 2019, DNM traveled to Florence where they performed “Bridges Not Walls,”  the company’s choreographic response to former President Donald Trump’s immigration policy.  During the tour, DNM collaborated with the Florentine company, Compagnia Opus Ballet (COP).

At the upcoming performance, COP makes its United States debut with an excerpt from “The Labyrinth.”  Danced by Sofia Galvan, Stefania Menestrina, Riccardo Papa, Giulia Orlando and choreographed by Arianna Benedetti, the work presents a psychological take on the myth of Ariadne and the Minotaur.

COP also performs the light and playful, “Ototeman,” choreographed by Sofia Galvan and Stefania Menestrina who are also the dancers in the piece.  “Ototeman” is about shaping a dance work without having a basic concept, which allows the two dancers complete creative freedom. 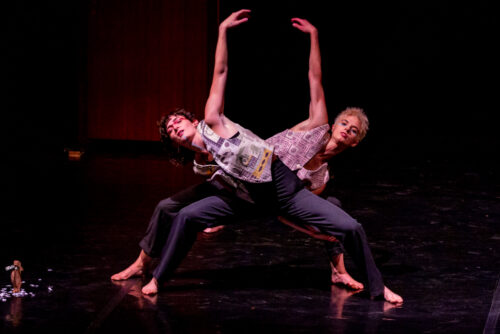 On the same program is “And First They Slaughtered the Angels,” a 1974 work by Daniel Lewis, choreographer and former founding dean of dance at New World School of the Arts.

“I used the poem as my inspiration,” explains Lewis.  “She (Kandel) was one of the Beat poets from the ’60s.  One dancer – the Black angel – reads some of the poem’s lines, and three women perform the roles of white angels and three men perform as Hell’s Angels.    Then there is a Superstar angel and two couples who do pass-throughs.”

Lewis says it is one of his favorite works.

“It always closed any program I ever did and audiences loved it.  The whole purpose of this piece is for everyone to walk away with a different idea.  People walk away smiling,” he says, adding that part of the reason is the music – the Johann Pachelbel Canon in D. “People just love it.”

COST: General admission, $40 in advance, and $45 day of the show; $25 for Miami Shores residents. Student tickets $5 in advance only at cultureshockmiami.com

(Note: The performance includes some profanity, adult themes and content. It is not recommended for children under 13.)