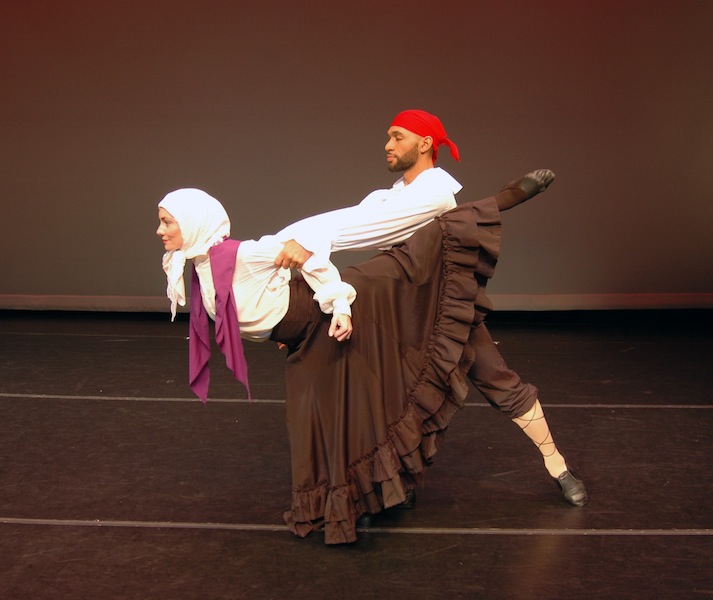 What happens to old dances? Do they slowly disappear as choreographers and dancers move on to other projects? This may well be the case unless an effort is made to revive the piece– reconstruct it and present it back to an audience. The question then arises as to which pieces are worthy of an encore; enter Ritmo Jondo(Deep Rhythm), a seminal work by Doris Humphrey, one of the foremost choreographers and dancers of modern dance.

Choreographed in 1953, and set in Spain, it examines the relationship between men and women during a time, and within a culture, with established mores for the sexes. Using the passion of flamenco, it’s an intriguing piece filled with shifting rhythms. Humphrey chose Carlos Suriñach evocative piece, Ritmo Jondo: Flamenco for Orchestra, for her piece. Scores of Suriñach, a Catalan composer, were also used by Martha Graham in Acrobats of God and for Embattled Gardens.

“The hardest part of reconstruction was the first movement for the men,” says Hannah Baumgarten, co-artistic director of Dance Now! Miami. “It was done without counts, and was very challenging.” Daniel Lewis, founding Dean of the Dance Department at Miami’s New World School of the Arts and a former dancer and artistic director of the Jose Limon Dance Company, workedwith the Dance Now! dancers to reconstruct the piece, which will be performed on Friday.

Lewis conducted a two week seminar, teaching the style of the Limon technique. Dance Now! is a company which performs works from a variety of choreographers. “Other voices serve as a counterpoint to our work,” explains Baumgarten.

Humphrey was one of the second generation of modern dancers, was a mentor to Limon and artistic director of his company. She choreographed Ritmo Jondo for the company towards the end of her career. Her pieces often examine relationships and social order — Ritmo Jondo gives philosophical depth to the study of these relationships. Humphrey’s technique includes her concept of fall and recovery, which she called the “arc between two deaths.” Her book, The Art of Making Dances, is still used in many universities today. Ritmo Jondo was on the programin 1954 when the Limon Dance Companybecame one of the first companies chosen to tour South America with the sponsorship of the International Exchange Program under the tutelage of the United States Department of State.

House on Fire is Hannah Baumgarten’s contemporary jazz piece. It has the sense of a New Orleans club scene. With music by Tom Waits, Jimi Hendrix and Medeski, Martin and Wood, it’s a playful look at “club rats” in their search forcompanionship. Baumgarten describes it a sort of game – likened to musical chairs, as “each person seekstheir partner…depicting different relationships of friendship, passion and love.”

Dance Now! Miami co- artistic director Diego Salterini looks at dreams in Sogni. It’s an exploration of dreams — a series of visions in a non-narrative manner. Salterini explains Sogni sometimes has the feel of being in a dark vacuum with sparks of “floating poetry.”

Dance Now! Miami recreates a masterpiece worthy of its rebirth, and presents and two contemporary pieces from choreographers who are part of the legacy of artists whose works should not be forgotten, but celebrated.