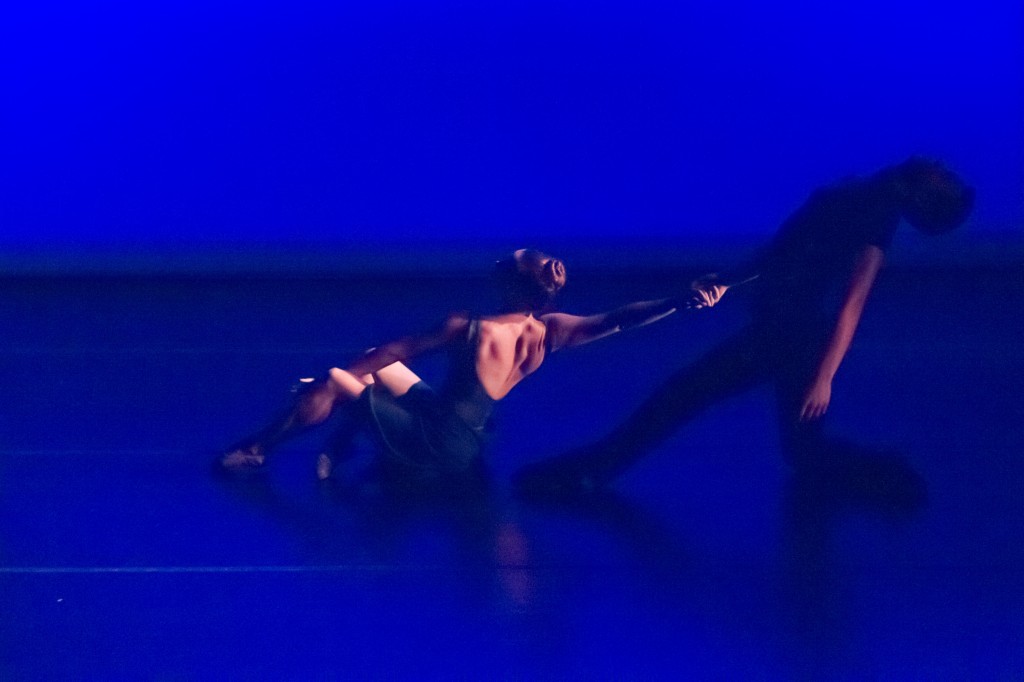 In 1981, American choreographer and dancer Gerald Arpino saw the world debut in New York City of his East meets West-themed Light Rain ballet, as performed by the dance company he co-founded with Robert Joffrey, The Joffrey Ballet.

Back then, The New York Times wrote that “Light Rain… is one of Mr. Arpino’s slickest efforts in the pop-erotic genre and it is mighty good slick.” With music by Doug Adamz and Russ Gautier, the work became an instant audience favorite. Now, some 30 plus years later, it is audiences in South Florida that will have the chance to discover some of that sexy mist on stage when Dance NOW! Miami contemporary ensemble performs the ballet’s signature pas de deux (http://arpinojoffreyfoundation.org/light-rain-solo.html).
Presented here for the first time by a non-Joffrey company, the piece is part of a larger show at The Colony Theatre this Saturday and Sunday, the aquatic-inspired Il Mare, some 18 months in the making. Dance NOW!’s artistic directors and founders Diego Salterini and Hannah Baumgarten will also feature their works Oceanica and Water’s Edge, the Long Walk, respectively. “We have sort of had a growing connection to the Joffrey history, starting with Michael Uthoff, who has been one of our guest choreographers and artistic advisors and who danced for the Joffrey,” says Baumgarten from the company’s home base at the Little Haiti Cultural Center. “Diego and I have taught every summer for the past 10 years at the Interlochen Center for the Arts [in Michigan], and the director of dance, Cameron Basden, was Arpino’s associate director for many years. We met her there, she saw our work and said, ‘Maybe you could do some of the Arpino work.’”
Baumgarten brought the idea to Miami philanthropist and arts patron Harvey Burstein, who suggested that the company design a whole evening where the Light Rain ballet, rather than being on its own, would fit into a full project. “So we decided to create Il Mare, which is all water-themed works,” says Baumgarten. “And even though the duet is entitled Light Rain, it’s not actually about rain, it’s a rain of light, not of water. But it’s a beautiful play on words, and it suits our team perfectly.”
Salterini’s Oceanica, from 2012, went under the sea for inspiration — the native of Rome was a swimmer — paying homage to its creatures, explains Baumgarten. Meanwhile, her own work would be about one of her rituals: walking on the beach. So she came up with stories of people on the seashore, hence the name Water’s Edge, the Long Walk, which had its premiere in Miami last November.
The coup for Dance NOW! and the special treat for South Florida, however, is Light Rain. “We have two of our wonderful dancers [Megan Holsinger and Luke Stockton] performing, with the blessing of Cameron Basden,” continues Baumgarten. Basden, ballet master and co-associate director for The Joffrey Ballet from 1993 to 2008, has said about this collaboration: “Dance NOW! Miami provides an excellent opportunity to showcase this signature pas [de deux] to Miami audiences. With Dance NOW!’s blend of classicism and contemporary techniques, and their ode to the history of The Joffrey Ballet, I see this pas as pushing boundaries for the company and introducing both dancers and audiences to the freedom, the passion and the spirit that have always been at the heart of Gerald Arpino’s ballets.”
The vote of confidence bestowed on Dance NOW! to perform Light Rain is one that Baumgarten trusts will resonate with dance lovers here. “I really think Miami audiences will vibe with this,” says Baumgarten. “It’s from 1981, and the ‘80s was when Miami started to turn up its heat as far as being a major city. It just has a sexiness, a raw energy — and the score! It has a multi-cultural, multi-ethnic sound. The kind of thing that we are extremely familiar with here. It’s a great fit for Miami and a great fit for our company.”
‘Il Mare,’ Saturday and Sunday at 8:00 p.m. and 3:00 p.m. at The Colony Theatre, 1040 Lincoln Rd., Miami Beach. Tickets: $35 general, $30 in advance, $15 students and seniors; www.dancenowmiami.org, www.neweratickets.com; 305-975-8489. This preview first appeared in Miami New Times.