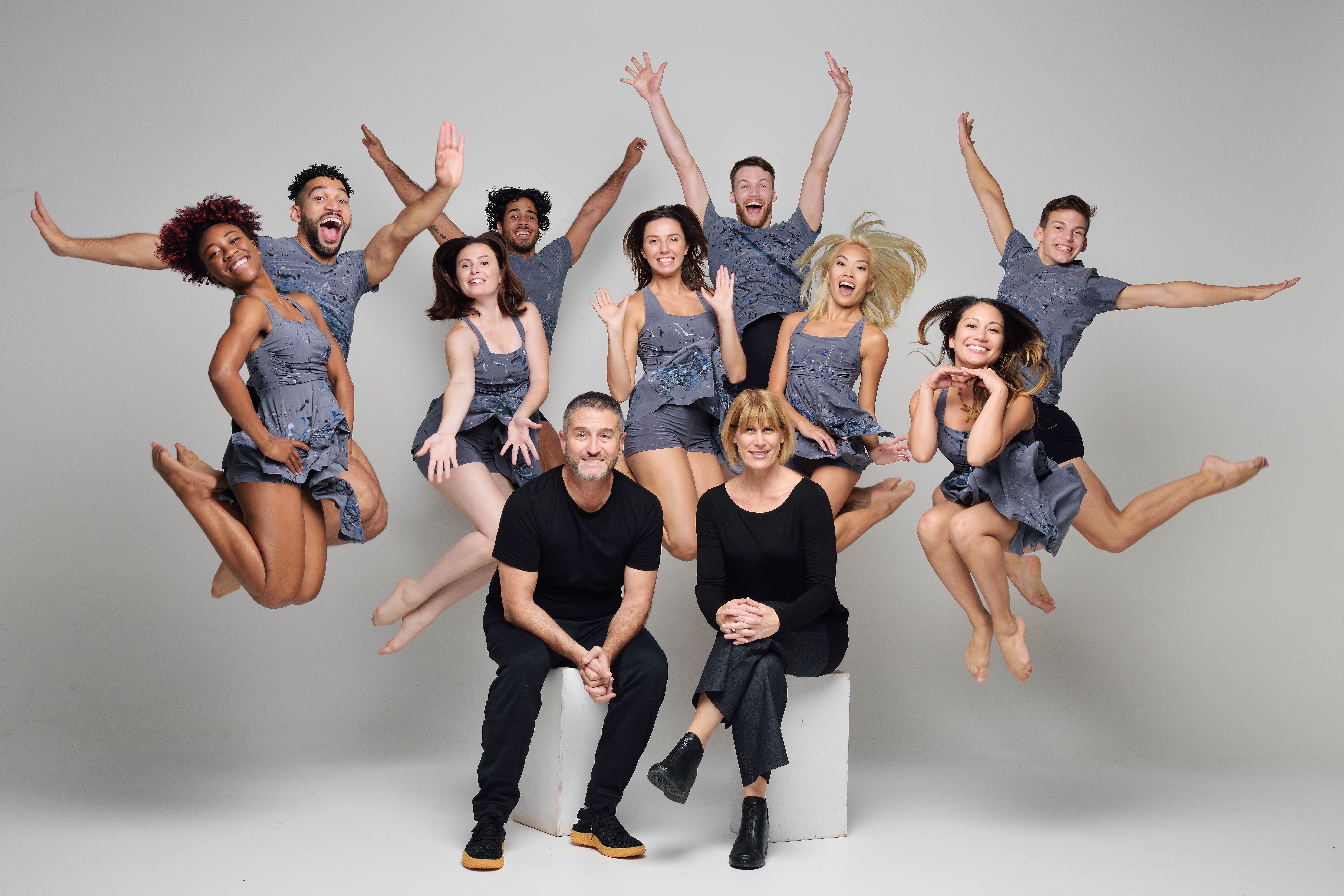 Twenty years is a long time for any dance company to not only survive but thrive.

Hannah Baumgarten and Diego Salterini, the founders and directors of Dance NOW! Miami, say the reason their company has flourished for two decades is because it isn’t solely about them.

“The focus of Dance NOW! is not Hannah and Diego, but to serve its community,” Salterini says.

Adds Baumgarten: “We understood quickly that, as beautiful as it can be, being a creative artist was not our sole purpose. Having a company that would allow dance to thrive was our goal.”

Their generous, can-do spirit has powered the company’s expansive mission, which through the years has grown to also include the restaging of historic modern dance and ballet works; presentation of new choreographers; educational and community programs; showcases for Miami dance artists; as well as the company’s own performances, international touring, and site-specific works.

In many ways, Dance NOW! has become a pillar of the Miami dance community.

When the COVID-19 lockdown derailed plans for their 20th anniversary season, Baumgarten and Salterini pivoted efforts to continue under quarantine.

Salterini’s video skills helped them to quickly figure out Zoom, keeping their company working on an imaginative series of “Covideos,” which included public service announcements on staying home and poignant blends of onstage and quarantine performances.

They’ll present their season finale concert on its original date of May 31 – but on Facebook Live, instead of onstage. It will be a kind of variety show (a throwback, perhaps, to Salterini’s previous life dancing on Italian TV), featuring interviews with collaborators and former dancers, images, fun facts and performance clips. The event will culminate in “Zoom, Zoom, Zoom,” a final Covideo piece they describe as playful and surreal. The virtual performance is free, though they are encouraging people to buy a $20 virtual ticket.

“We’ve always said to our students, ‘Go ahead and try, the floor is not that far,’” Baumgarten says. “Our life is based on uncertainty now. It’s all trial-and-error. Even companies with large budgets are exploring.

“We had to mark our 20th anniversary and tell the story of our history. It might not be ideal. But it’s the cards we were dealt.”

Baumgarten and Salterini met in the mid-’90s. Baumgarten, a graduate of the elite Juilliard School who had performed with modern dance and contemporary ballet troupes, came to Miami in 1994 after burning out on life in New York. Not long afterward, Salterini, who had been working as a dancer, assistant choreographer and director on Italian television’s elaborate variety shows, arrived in Miami in search of something more artistically substantial.

They met at PAN – a South Beach dance and performing arts center founded by Miami dance pioneer Ilisa Rosal – where Baumgarten was teaching.

It was creative love at first sight.

“In a totally cliché way, when we saw each other, I felt bells and whistles and flashes of light,” Baumgarten says. “It’s a weird feeling I never had before or since.” 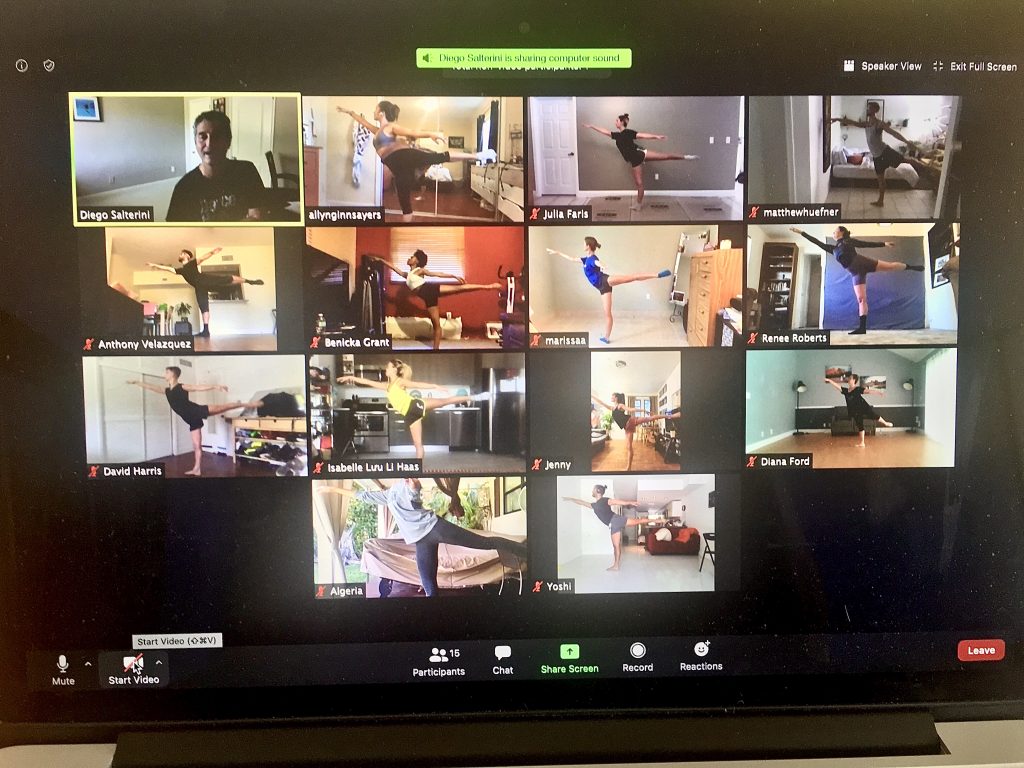 Their bond is purely artistic, not romantic. They say their closeness sometimes confuses people. “Every time we meet someone new, it’s hard for them to understand we’re not married,” Salterini says.

They formed Dance NOW! Miami in 2000, initially with just themselves and two other dancers, primarily to present their own choreography. They made a key shift toward a more expansive mission in 2009, when they became one of the resident companies at the Little Haiti Cultural Center, a bustling arts center with a theater and two large dance studios. Having free rehearsal, storage and performance space (the group now pays a nominal rent) gave them crucial stability – they could function like an organization, rather than project to project.

Just as important, they joined with the center’s community and education programs. They developed the World Dance Summer Intensive with the center’s diverse resident troupes. They do free student and community performances at the center, and other school residencies on their own.

“We were so blessed to have the facility, we knew we needed to share,” Baumgarten says.

They built a rich matrix of relationships with multiple generations of artists and the dance community. They present young artists in their “New Voices” series, such as Chris Rudd, a Miami-raised New York choreographer, and experimental artist Lazaro Godoy.

Others are mentors, including Cameron Basden, a former close associate of Gerald Arpino (the late artistic director of Chicago’s Joffrey Ballet), who stages Arpino’s works for the troupe.

Another is Daniel Lewis, founding dean of the dance department at Miami’s New World School of the Arts. After Lewis retired in 2011, Baumgarten and Salterini took over his “Dance Sampler,” a longtime showcase of Miami artists ranging from newcomers to ’80s pioneers, and expanded it last year to include troupes from around Florida.

This winter, Dance NOW! Miami had Andrea Seidel, another Miami pioneer, stage Isadora Duncan’s “Varshavianka,” an homage to revolutionary struggle. The goal was to perform it onstage in March. Instead, this week Baumgarten and Salterini posted video of a studio performance online – seeing a succession of dancers fighting to support each other now echoes health-care workers’ relentless battle against COVID-19.

“[The dancers are] running into their own death, and none of us in our generation know what that’s like. Now, suddenly, it’s happening,” Baumgarten says. “As we start to open up, I want us to remember [health-care workers] are still there trying to protect us.”

The pair began taking the threat of COVID-19 seriously back in February, as Salterini’s Italian family and Baumgarten’s Italian boyfriend endured that country’s desperate pandemic situation. By the time Miami locked down in March, they were already making plans.

“It took us a week to move everything online,” Salterini says. “We thought: We could retreat or move forward. So we moved forward.”

They’ve reacted by being proactive, positive and community-minded. They’ve kept their dancers engaged (and under paid contract), teaching classes online, creating the Covideo series, and joining Dale Andree’s online National Water Dance project. As they dealt with disappointment and uncertainty, they’ve been grateful for each other.

“The beautiful thing about having two of us is that, if one of us is in the gutter, the other can pull them out,” Salterini says.

“We knew we could bend and not break,” Baumgarten says. “We’re trying to lead by example, knowing everyone is experiencing the confusion, the claustrophobia and the longing. We will adapt.”

Even as they wonder what their 21st season will bring, they’re creating an extra celebration for this Sunday’s finale: a chance to join the company’s dancers in a live dance party.

To participate, find the event on Instagram to learn some of the movement phrases in advance.

“There’ll probably be some music and cocktails,” Baumgarten says. “Everyone needs to feel a little extra-connected now.”

Cost: Free, but you can purchase a $20 virtual ticket, as a donation, at Dancenowmiami.org/program3