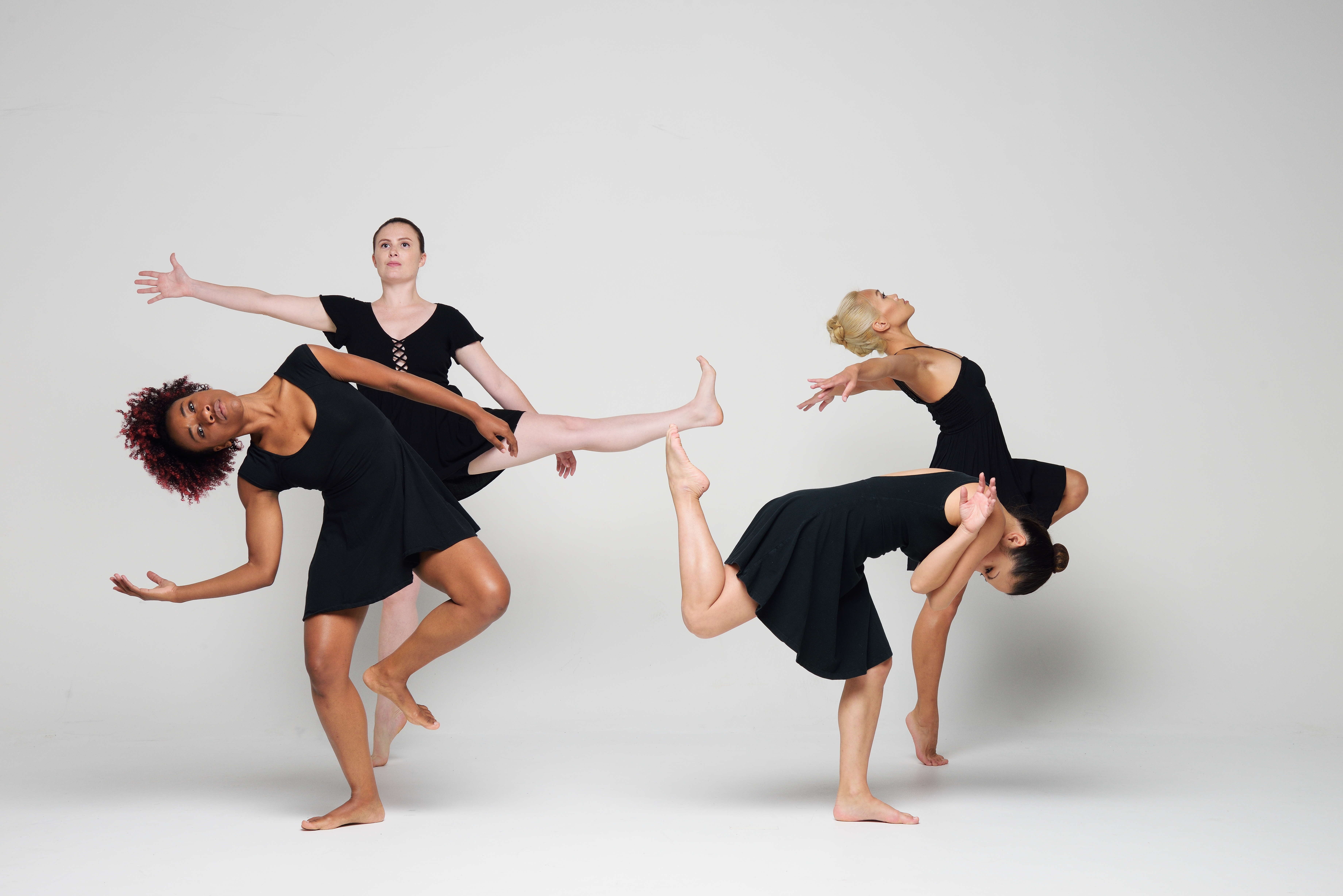 Dance NOW! Miami kicked off its 20th season on Dec. 21 at Lincoln Road’s Colony Theatre, showcasing works exciting for their creativity and for their relevance to pressing social issues.

First up was “Women II” — the evening’s strongest work, distinguished by its imaginative choreography and political relevance. Dancers Allyn Ginns Ayers, Benicka Grant, Isabelle Haas and Renee Roberts led five girls, ages 12 to 14, from Miami’s Conchita Espinosa Academy. To a recording of the 1941 Ink Spot’s anti-war hit, “I Don’t Want to Set the World on Fire,” the nine dancers covered their eyes or spread arms wide, hands shimmering. One sequence saw the four “elders” striking robotic poses, while the “young’uns” shuffled along the diagonal, snapping their hands out as if catching butterflies between their fingers.

The 12-minute work remained surprising throughout, as when Roberts, Haas, Ayers and Grant cartwheeled seventh-grader Catalina Vigil through a lift.  Sequences connected consistently to the spirit of the #MeToo movement and the student-led protests that followed the 2018 Parkland school shootings. When the girls, hands on hips, pumped arms as if in victory, the rapid tap-tap-tap of the snare recalled gunshots.

Next up was the company premiere of “Those Things … ” – performed by Matthew Huefner, Anthony Velazquez, David Harris and Joshua Rosado. The men paired off and tested each other through pivots and exaggerated lunges, showcasing their strength.

Often, one dancer broke from the pair, twitching in a panic attack. At once, the other dancer dropped the athletics and comforted him in a moment that sparkled with intimacy. The episodes vividly recalled headlines describing recent spikes in mental illness among young adults.

The four men performed powerfully during both the polished dance sequences and the sudden theatrical shifts, but the choreography ended unconvincingly with troubled dancers simply returning to the contest. If the suggestion here was that those experiencing chronic anxiety just needed a warm rub on the back to get back to things, that message fell flat.

An excerpt from “Visions of Unrest” opened with “Insomnia” and DNM newcomer Julia Faris hugging a futon-sized pillow. To a sharp techno beat, Faris thrashed through variations of fetal positions to off-pillow sequences that included spun attitudes or legs wind-milled wildly.

This was followed by the evening’s most touching segment: “Dreams.”  The piano soloed as Huefner spooned Roberts. Still coupling, they looked to the horizon, or disengaged in sequences on their own, before returning to the rehearsal of intimacy. “Dreams” presented a very sweet vignette of two people learning to form a life together.

In “Awakening,” Ayers – gorgeous here – often soloed, or served as the focal point for the others, initiating motions they then echoed. The movement closed memorably with the dancers lying on the floor and Faris walking toward the audience as the lights went black.

Act II saw the company premiere of Salterini’s four-part “Elemental.” The subject’s inevitable intersect with environmental themes made it the evening’s most risk-taking work.

“Gaea,” the most effective movement, presented Earth as both a stage for human cooperation and a limit to human activity. Huefner, Rosado and Harris took turns cycling Faris – lovely here in the role of Gaea – through lifts. She first performed as their focal point, the men often finishing at her feet. Increasingly, they excluded her from sequences until she lay on her back, motionless. Then they too lost steam. 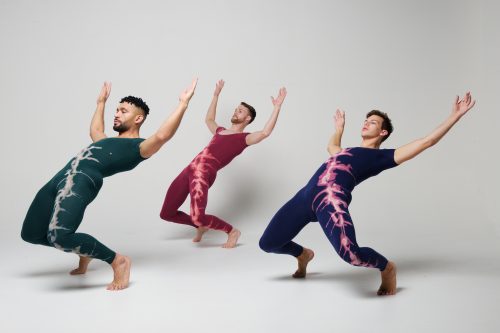 From left, Anthony Velazquez, Matthew Huefner and David Harris in the “Earth” section of “Elemental.” (Photo courtesy of Simon Soong)

Grant was striking in “The Fire of Faith,” soloing to a recording of gospel great Mahalia Jackson. Repeatedly, she lifted her leg overhead then lunged, accenting the vocals as she kicked back, hands clasped overhead in prayer.

However, the work’s spiritual treatment hit limits with “The Shifting Weight of Water” and “Heavenly Creatures.”

“Water” opened with Ayers, Haas, Roberts and Rosado in blue tops and loose-fitting slacks, forming a line of four. To the sound of running water, they gorgeously mimicked the back-and-forth of cresting waves. But where “Gaea” connected the material to the spiritual, “Water” and “Creatures” stayed with spirit. By not addressing the material complexities that sea level rise and the atmosphere’s changing chemistry now carry for South Florida life, the treatments of these elements lacked relevance. After starting strong, they grew repetitious.