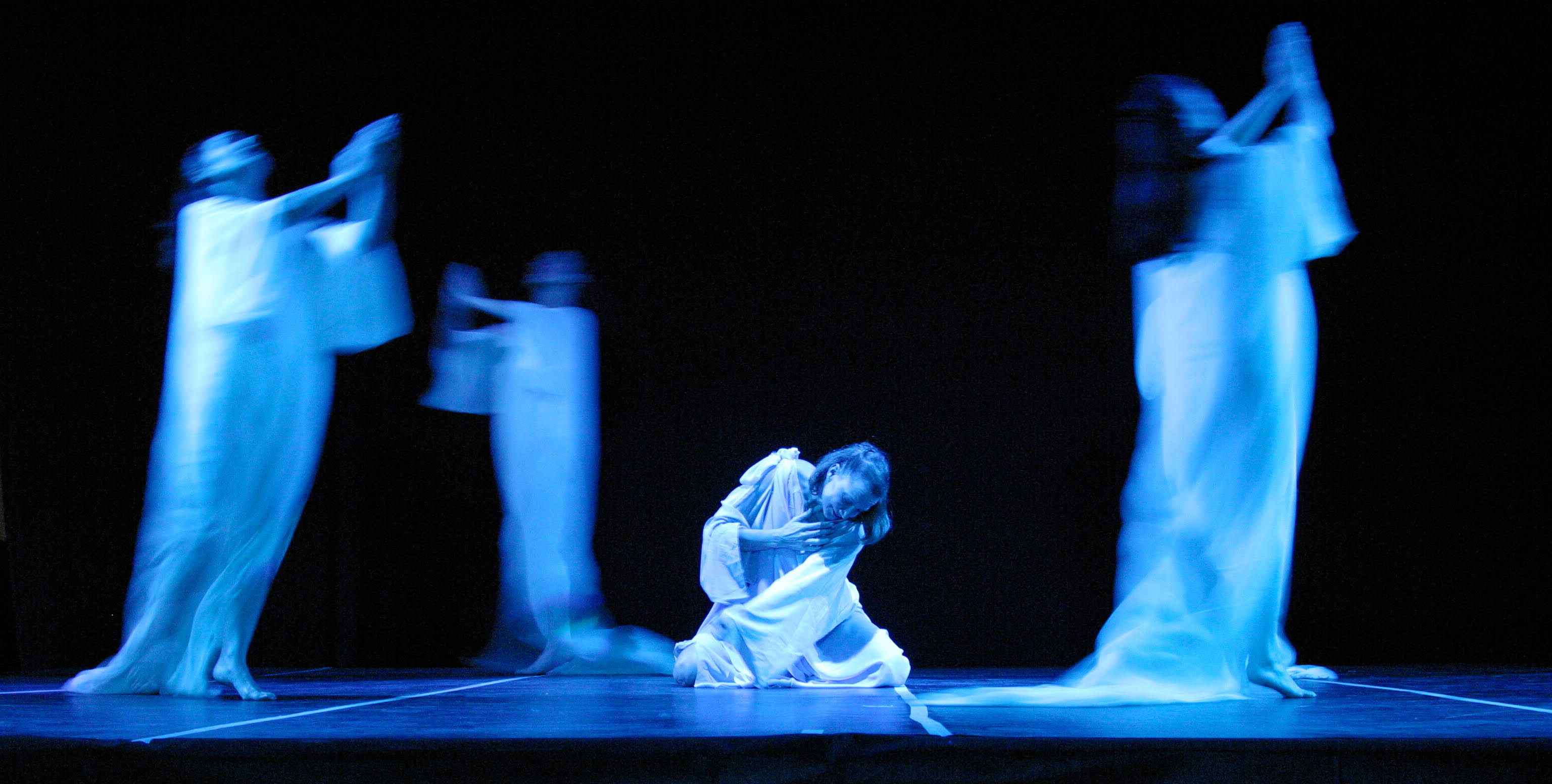 Dance NOW! Miami’s Program II “Contemporanea 2020” was to include company works as well as pieces by Isadora Duncan such as “Ave Maria” (1914). (Photo courtesy of Isadora Duncan Dance Ensemble)

Dance NOW! Miami was all set for its tribute to modern dance pioneer Isadora Duncan.

Of course, Program II was canceled as a result of the coronavirus outbreak. But the company’s hope is that much of the performance can be presented as part of its Program III: “20 Years of NOW!” at the Broward Center for the Performing Arts in Fort Lauderdale on May 29 and the Colony Theatre in Miami Beach on May 30. If travel bans are lifted by then, the Opus Ballet could still be part of the program, according to the company’s website.

Before the cancellation, Artburst Miami had a chance to witness a rehearsal for the performance, which  was to feature pieces by Duncan as well as company works. Program II intended to juxtapose the power of the individual with the power of the group – and to show how dance resonates with these themes as much today as it did 100 years ago.

The rehearsal began with Duncan’s 1924 masterpiece, “Dubinushka.” Dancers reached and pulled in two long lines as a deep Russian baritone belted out a chant. The dancers’ tight coordination was awesome; they seemed to be guiding a warship into dock.

They repeated the sequence as dancer Benicka Grant broke from the group. Arms crossed on her chest, she snapped one arm in a right angle, her fist pointing upward, revealing a muscled upper arm as she lunged to the side. She looks snatched from a 1960s Soviet propaganda poster promoting proletarian internationalism.

When the piece ended, the dancers flowed right into “Varshiavianka,” the second of Duncan’s “Russian revolutionary dances,” which were created while she lived in Russia. Duncan expressed communist sympathies and had her U.S. citizenship revoked in the 1920s.

Dancer Anthony Velazquez strode to the center, carrying a massive red flag. In time to the march, he ran to the corner, did a lunge and defiantly swept the flag from side to side. He fell back and gripped his chest as if struck. Before he collapsed, Grant rushed forward, took up the flag and cradled him to the ground. She then repeated the sequence and also collapsed, as another dancer cushioned her fall and took up the flag.

“They are getting shot,” explained Dance NOW! Miami’s co-artistic director, Hannah Baumgarten. “We don’t often think these days about those times when people died for a cause that way.”

Dance NOW! Miami co-artistic director Diego Salterini, who is Italian, locates the power of Duncan’s work in its simplicity.

“In the ’60s, we kind of lived communism in a friendlier way [in Italy] than they did here in the U.S.,” he said. “There is a kind of charm to those pieces – the power of the people. It’s important we take that power and rise up when we go to vote.” 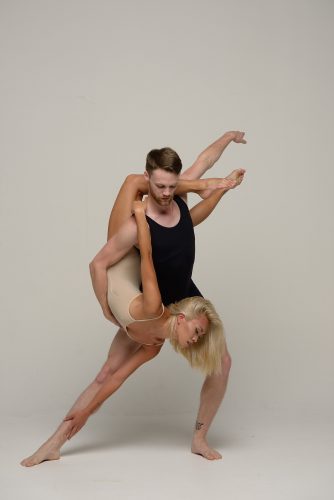 Dancer Isabelle Haas, who’s in her first year with the company, shared the challenges she experienced connecting with Duncan’s Soviet choreographies.

“The whole Isadora thing is emotion before motion. It was challenging to get to the emotion of the piece,” Haas said.

Andrea Mantell-Seidel – who is associate professor of religious studies and professor emeritus of dance at Florida International University and past artistic director of Miami’s Isadora Duncan Dance Ensemble – coached the company on Duncan’s technique for the performance.

“[Mantell-Seidel] continued saying, ‘Oppression, oppression,’ and asking us to think about what makes us feel oppressed,” Haas added.

As the dancers set up for “Harp Etude,” Baumgarten said, “In these earlier works, like ‘Ave Maria’ and ‘Harp Etude,’ you see how Duncan discarded the tricks of ballet for a deep experience of human emotion.”

As an innovator, Duncan (1877-1927) broke with classical dance technique and returned to the ancient Greeks for inspiration. That Greek influence shines in “Harp Etude.”

As the piano music started, dancer and rehearsal director Allyn Ginns Ayers floated forward, wearing a semi-transparent white robe, a light mantle attached at her wrists pulsing like wings. During the piano’s arpeggios, she held her arms in front and pushed forward as if swimming.

Baumgarten leaned over and observed, “You can imagine how Duncan must have shocked audiences …  being almost naked underneath that robe.”

In addition to the Duncan revivals, the company was to perform a Baumgarten-Salterini collaboration titled, “One, No One, Everyone.” Temporarily substituting for dancer Anthony Velazquez, Baumgarten danced the principal role during the rehearsal. She soloed, executing a series of turns before being lifted by dancers David Harris, Joshua Rosado and Matthew Huefner.

Crossing the floor, the dancers repeatedly placed hands to hips, paused off-balance, then dominoed forward. The group moved beautifully, both in couples and as an ensemble.

“One, No One, Everyone,”  Baumgarten later said, “is made up of stories of longing, where the dancers repeatedly attempt to escape the grind of their lives but predictably fall back into their soul-grinding routines.”

Program II also was to include Angela Gallo’s “Those Things,” Baumgarten’s “Unburden,” and Salterini’s “Chronicles.”

To find out when Dance NOW! Miami will continue performing, keep checking its website, dancenowmiami.org.