Dance NOW! Miami goes to the edge in season opener 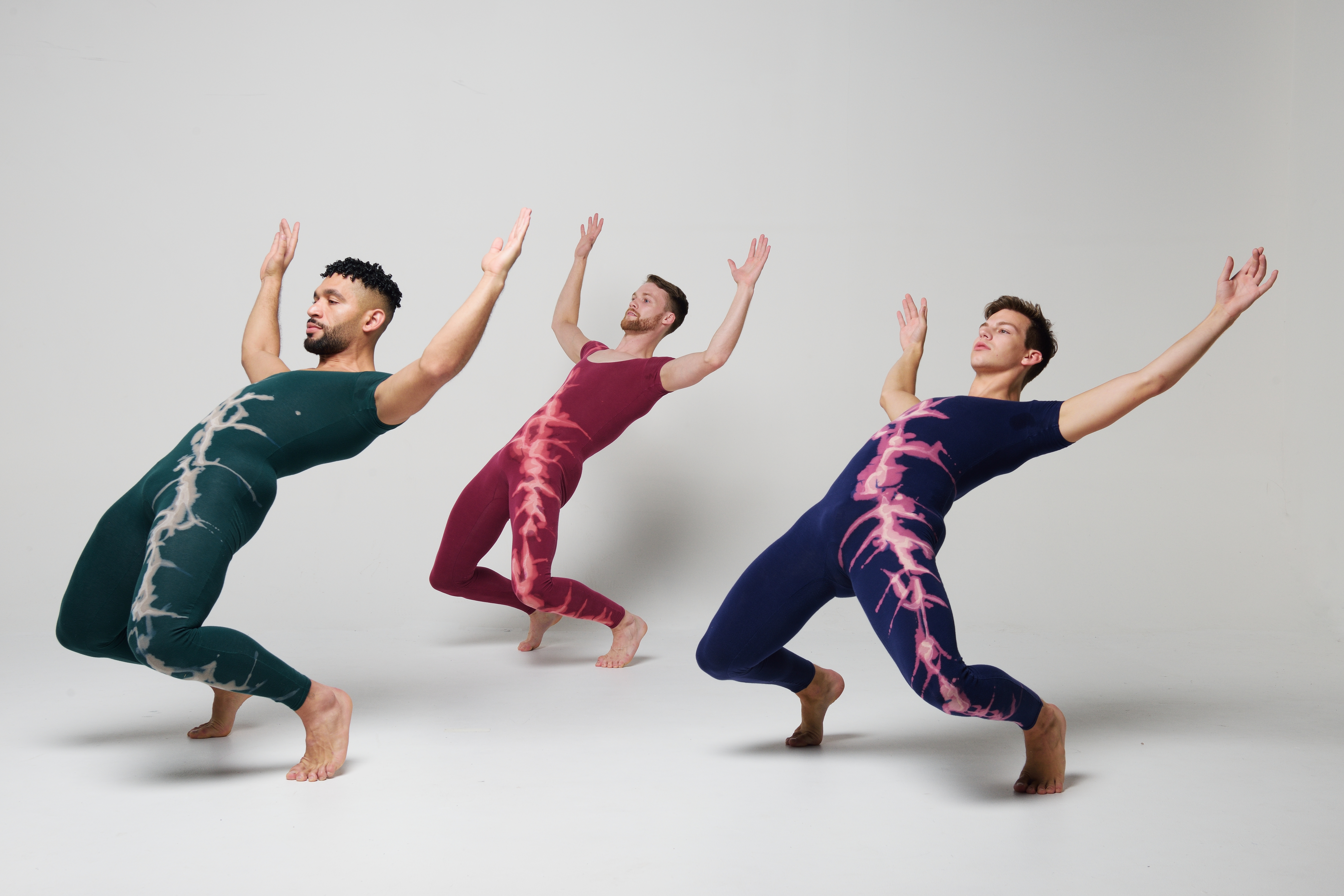 Wearing black tops and skirts, four dancers walked the diagonal in the Little Haiti Cultural Complex’s bright studio. Allyn Ginns Ayers, Benicka Grant, Isabelle Luu Li Haas and Renee Roberts were accompanied by five 12-year-old girls in jeans and brightly colored shirts from Miami’s Conchita Espinosa Academy. The dancers all reached arms up and out as they sashayed from side to side to a recording of the 1941 Ink Spots hit, “I Don’t Want to Set the World on Fire.”

They were rehearsing for “Women II,” part of Dance NOW! Miami’s Program I, which is set for 8:30 p.m. Dec. 21 at the storied Colony Theatre in Miami Beach, suddenly a hub of renewed dance activity. Program I also will feature “Elemental” and “Those Things … ”

Inspired by the #MeToo movement, “Women II” represents the first new work in 25 years by Daniel Lewis, founder and former dean of dance at Miami’s New World School of the Arts. Ayers, one of the dancers who is a five-year veteran of the company, says the recent activism of young people greatly influenced Lewis.

“The youth energy today around the Parkland [school] shooting and #MeToo reminds Danny of the ’60s,” Ayers says.

The dancers have connected to Lewis’ choreography by including movements and gestures they suggested on the basis of personal experiences related to the movement. “Women II” has a rite of passage vibe, with the young girls growing up through the piece, says Haas, a new dancer in the company.

“Those Things … ” is the work of choreographer Angela Gallo, who is dean of the arts at Coker University in South Carolina.  Where “Women II” examines the gender and generational divide, “Those Things … ” challenges the separation of public personas and private realities.

To a sharp techno-pulse, dancers Matthew Huefner, Anthony Velazquez, Joshua Rosado and David Harris practiced pairing off and testing each other through spins and lunges. In one sequence, Rosado and Harris performed a tug of war of bodies, legs raised behind to sharply offset their centers of gravity.

In another sequence, Harris and Velazquez formed a standing lean. Harris hit the floor and flipped, catching a falling Velazquez with a foot to his chest. They disengaged, with Harris suddenly beginning to spasm and shake with a panic attack.  Velazquez shifted from athletic aggressiveness, comforting him in a half-embrace. The gesture was so intimate that it triggered a reflex to look away and give space.

“Originally, I didn’t understand the piece whatsoever,” Velazquez says. “But in my personal life, I work like 50 jobs. One day, I was in the car when the pressure of it all caught up with me. I pulled over to the side of the road. I was just breathing so hard, and then I thought, ‘Oh, that’s what this piece is about.’” 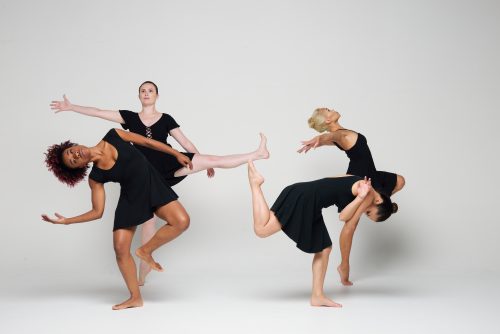 Audience favorite “Insomnia,” by DNM co-artistic director Hannah Baumgarten, has been revived for Program I as a nod to the company’s 20th anniversary. It opens with dancer Julia Faris (new to the company) clutching an ottoman-sized pillow and thrashing through sequences that anyone who has been bright-eyed at 2 a.m. recognizes too well. The percussion line strengthens and Faris throws herself through turns and sharp pivots, arms swinging at the limit before suddenly coming to sit, chin on palm.

Treading the line between reality and delirium, the Pillow Solo originated in the sleeplessness the choreographer experienced from a hip injury.

“Though it was a painful period, it was also out of body. I would get close to falling asleep only to be shocked awake by the injury,” Baumgarten said.

“Elemental,” a new work by choreographer and DNM co-artistic director Diego Salterini, forms the second half of the December program. Originally the work was inspired by the pressing themes of environmental crisis and resource depletion.

“For the first movement, ‘Gaea,’ I had in mind a battle between human beings, represented by the three men and Earth in the figure of Julia [Faris].”

But Salterini’s passion for Eastern philosophy edged the work from a political plane to one of spiritual struggle, forefronting the energy of volcanic primal forces.

For example, “Gaea” opens with Faris, Huefner, Velazquez and Harris forming a braid of limbs. They stretch away and the men sweep Faris repeatedly overhead. In the sequences that follow, she remains their focal point. At one point, she hits an arabesque and Velazquez catches her head between his hands. Their eyes lock.

Salterini’s four-part work treats the classical division of the elements expansively.  For the final movement — “Heavenly Creatures”– Salterini locates the element of air on a purely spiritual register.

As the choreographer explained: “In it, we shed everything that is physical and we live in pure joy.  After all, once you get to be a spirit, you have to have fun.”

What: Dance NOW! Miami’s Program I, featuring the world premiere of “Elemental” and the company premieres of “Women II” and “Those Things … ”

Tickets: $35 general admission; $15 for students and age 65 and older with ID (at the box office in-person only); regular-price tickets may be purchased in advance online at colonymb.org/dance-now-miami, by phone at 800-211-1414, or at the Colony box office.