Dance Critic Orlando Taquechel On Criticism and His New Book 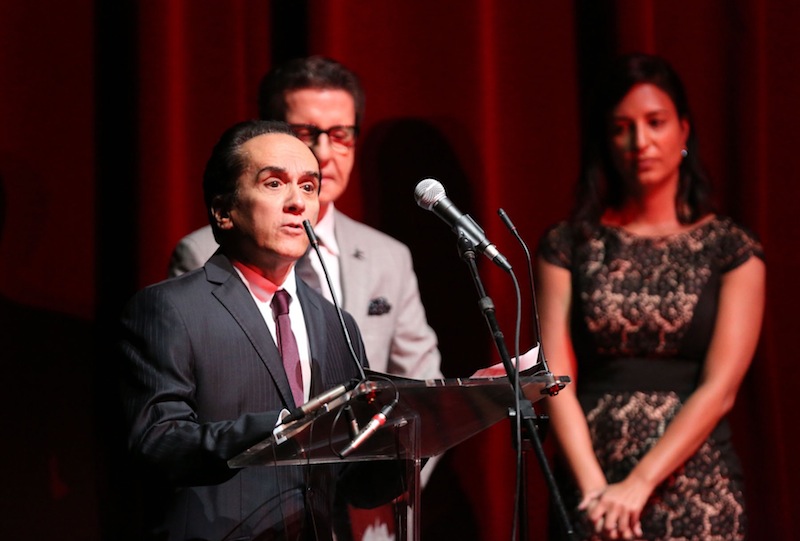 Orlando Taquechel, dance critic for two decades at the El Nuevo Herald (and now a contributor to Artburst), will have a book signing and discussion of his new book, “La danza in Miami (1998-2017): las reseñas cuentan su historia,” at 8:00 p.m., Friday, Sept. 29 at the Miami Hispanic Cultural Arts Center as part of the International Ballet Festival of Miami.

Artburstcaught up with him for lunch at Books & Books in Coral Gables. Under the watchful gaze of a photo by the Argentinean author Jorge Luis Borges, an animated Taquechel, sleeves rolled up and overflowing with energy, settled down to discuss the history of dance in Miami and his new book.

Artburst: You have been active as a dance critic in Miami for nearly 20 years. What would you consider to be a highlight of your career as a critic?

Taquechel: A shining moment was my review of Mikhail Baryshnikov. I had never seen him in person, and I had only seen him dance in video. I went to the performance with excitement, but I was also concerned that he would not be the kind of performer I had seen in those videos.

To be fair, he was not the big jumper of those videos, but he was as marvelous a performer as ever. I could see his mastery of the dance in the way he transitioned from one movement to the next. Another dancer would have given those transitions little or no meaning, but with him they shone with meaning. He communicated his history in those transitions. He was showing us the trophy of who he was and what he had done.

What has covering the scene over that much time allowed you to do?

It has allowed me to review people on a continuous basis and to revise my opinion over time. Many people believe that for a critic it is easier to critique a performance that fails. Actually, I find that the worst part of doing a review. In the end, the only reason that I write about dance is because I love dance. I always go to the theater with the hope that I’m going to like the performance. I’ve even established a routine that safeguards against me feeling tired or upset when reviewing.I make sure I’m rested because otherwise I feel I’m at risk of not evaluating the performance fairly.

You are publishing your collected reviews on dance as the tendency of publications both local and national has been to reduce or even eliminate dance criticism altogether. These publications are still interested in previews of performances but they no longer have an interest in running dance reviews.

What do you see to be the effects of this trend on dance and dancers in Miami?

I think it hurts the artist. I’m telling you this both as a reviewer and as someone who created for and directed two dance companies. I’m not sure who is saying that nobody is reading the reviews. This looks to be the justification.

As a former company director, I think it is a terrible situation that you work hours and hours, fight for the money, create for or adapt the choreography to the dancers you have and then have no review written. It feels like the theater was just an empty space and no performance event even took place. I think that whether you are a dancer or a director of a dance company, you always want a review because it represents a record that your performance really happened.

For this reason, I look at my book as a gift to the dancers who have danced in Miami. The book contains 310 reviews and gorgeous accompanying photos. As such it represents a set of collected memories for dance events in Miami that might simply be forgotten otherwise.

Did any feature of the collection stand out to you as you put these reviews together in the form of the book that you did not notice when they were being published one by one in El Nuevo Herald?

First, I didn’t collect my reviews. The reason all these reviews were saved is due to the diligence of my partner of 27 years, Salvador Gomez, who carefully kept everything as HTM files. Because of his efforts, when I thought to make a book of them I had them all together. Definitely it was a very nice surprise.

Then I noticed as I went through my reviews that my criticisms were harder back in the 1990s and early 2000s and I seem to be softer in my criticism now. When I reflected on that I realized that now it is easy to find something positive to write about the dance in Miami because choreography and dancers here are so much better than back in the late ‘90s. Our dance groups are amazingly good now and those who are visiting Miami today are taking special interest in doing their best while they are here.

In the introduction you make a very interesting distinction between dance and theater criticism. You say there that the theater critic can make or break a show, since good criticism fills the seats. The theater review has that power because the review comes out as the show is still ongoing.

On the other hand, a dance performance is long over before the review of it appears. But the dance review plays a critical function with respect to the performance – it makes it possible to remember the performance. In a sense it is the history of the piece. Could you talk a little more about the relation you describe here between history and dance criticism?

For example, I first saw the great Cuban ballerina, Adiarys Almeida, dance over 10 years ago in the Teatro Artime.

I remember discovering this beautiful creature and marveling over how she used her amazing technique to connect with the public. She knew how to use her technique to reach that audience in that little theater, and now I know she knew how to use it for any audience because she is now one of the biggest stars of the dance circuit, successfully performing in galas all over the globe. She used the ballet technique to be sure she was doing what was required and so that she could tell you things while she was dancing – she is able to tell you a history in each one of her moments.

Do you think that anyone would remember this special moment without your review?

No, probably not. I argued so many times with my editor that this group or this performance was important. My editor always had an interest in what I was doing and always supported me. However, we just didn’t always have enough space to dedicate to each performance. We even tried reviewing more than one performance by different companies in the same review, but that didn’t work for a lot of reasons.

I’m not sure I see myself as a historian because I didn’t see myself as doing something important in that way. I was just doing my job.

When can we expect to see your new book in bookstores?

When I got back from Mexico this year, El Nuevo Herald said they were not doing reviews anymore because no one reads them. We knew something like this was coming. The director, editor and photographers of El Nuevo Herald seemed more upset than I was about discontinuing the review section, and so when I asked for the photos that went with the reviews for the book, they just gave them to me.

The CD of the book we are presenting at the International Ballet Festival of Miami is an interactive CD. I want this to be a tool for people writing on and researching dance in Miami. Each one of the photos has the name of the dancers, the piece, the theater, the day of their performance, the name of the photographer and, of course, in which article they were reviewed.

This advance limited first edition – only 500 copies – of my book was made just to be presented at the XXII International Ballet Festival of Miami. If someone goes to the presentation of the book they will have the opportunity to acquire the CD.

I know that the hard book will be expensive – it is over 600 pages and is meant to be a coffee table book. The CD will be available also with that hard copy edition when it comes out next year through Cenidi-Danza, the National Center for Research, Documentation and Information of Dance José Limón, from the Instituto de Bellas Artes (INBA) in Mexico.