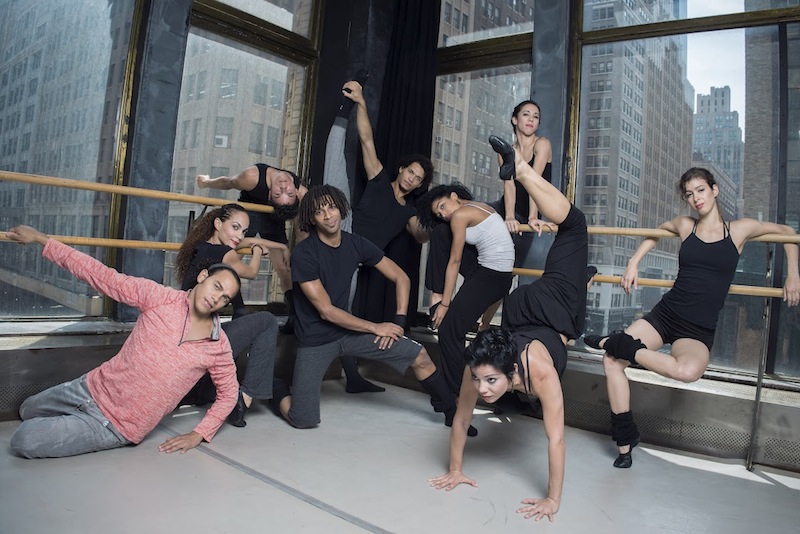 Myth has it that a Cuban who doesn’t dance is a rare creature. Like the endangered Florida panther, you could live an entire lifetime without ever sighting one. “We come from a dancing island,” explains Fernando Sáez, founder and executive director of Cuban contemporary dance company Malpaso. From Afro-Cuban ritual dances to classical ballet to cha cha cha, the island’s dance tradition is among the richest cultural treasures ever to emerge from the Caribbean.

With the Friday Arsht Center debut of Malpaso at the Knight Concert Hall, Miami is about to be showered with some of those riches. Through sold-out runs at New York’s Joyce Theater and rave reviews for performances at the prestigious Jacob’s Pillow Dance Festival, this young company has already shown United States audiences that they are to ordinary movement what 18-karat gold is to dross.

Malpaso started as a leap of faith. Four years ago, dancers Osnel Delgado and Dailedys Carrazana quit soloist positions at the island’s oldest and most prominent modern dance company, Danza Contemporánea de Cuba, to carve their own path. Their friends worried, warning them that the move was a misstep, a malpaso, which could cost them valuable years of their budding careers. Delgado and Carrazana left anyway, anxious to see their own artistic visions flourish in a way that they could not in that hierarchical, state-sponsored bastion of their art form.

After two years of freelancing, the two joined forces with Sáez to create Malpaso, a new and inclusive voice in the dance world that unites choreographers, dancers and creative ideas from around the world with their Cuban counterparts. Linda Shelton, executive director of the Joyce, which has been involved with Malpaso since its inception, noted that leaving the security of Danza Contemporánea took guts: “[Delgado and Carranza] were with a company that worked all the time, that was supported by the state, and they were giving all of that up to start their own, to show their own voice.”

They found a home base for rehearsals, classes and community performances at the Jewish Sephardic Center in the Vedado neighborhood. The director offered them underutilized theater space at the center in exchange for creating opportunities for neighbors to become more involved in the arts through talk-backs and intimate performances there. This spirit of community involvement, said Sáez, is in keeping with the company’s core philosophy that all members should be equal participants in all aspects of the group’s operations, “from cleaning the floors when we arrive at the studios in the morning to fundraising and marketing.”

In addition to finding their own funding, Shelton noted that challenges for dancers in Cuba are different than they are here. “I have brought down so many rolls of gaffer’s tape because they just don’t have that, to glue together the floor,” she said. “The material for costumes, their shoes…they don’t have any of that, so it has to be brought to them…. But on the other hand, you know, you’re a dancer, that’s like being a doctor in Cuba, it’s so well respected. We just don’t have that.”

Malpaso’s growth has been nothing short of meteoric. In 2014, they performed gratisfor friends, family and dance aficionados at Wynwood’s 200-seat Light Box at Goldman Warehouse. The leap to the 2,200-seat Knight Concert Hall is a ballsy move; modern dance is notoriously a hard sell in Miami. But just as a Cuban without cojones is nearly as rare as one with two left feet, no one should be too surprised at both the company’s and the Arsht Center’s bravura. Surely Malpaso, with its fluid, sexy athleticism, can put the lie to the old saw that contemporary dance is too cerebral to actually be fun to watch.

These dancers’ gorgeous and glorious movement is all loose limbs and soaring extensions that sweep in high arcs over one another’s heads. The company’s 10 members are mostly classically trained in Cuba’s premiere national dance schools. Shelton says, “They do have this very basic ballet training, which to me means that they can do anything. I would compare them to the level, in a way, of an Ailey dancer. They can do anything that’s put in front of them.” She noted that the two troupes share a common work ethic, in addition to “really strong, strong training. They dance like they mean it.”

Sáez also noted that their basis in classical ballet makes them “ready to change gears” to adapt to the styles of prominent choreographers from the United States who are itching to come work with them in the Havana. Those choreographers have already included Ronald K. Brown and Trey McIntyre, both of whose work, in addition to Osnel Delgado’s, will be seen at the Arsht on Friday.

Shelton noted that the troupe’s reception in New York has been fabulous. “The word of mouth about how good the dancers are and the great show they put on, I think that gets out,” she says. Still, this is Miami, and the Arsht is a big hall. “It’s risky,” says Shelton.

But risk is in Malpaso’s DNA and, as Sáez points out, “Music and dance… are essential to the Cuban culture.” And that’s as true on one side of the Florida Straits as another. Bring it.