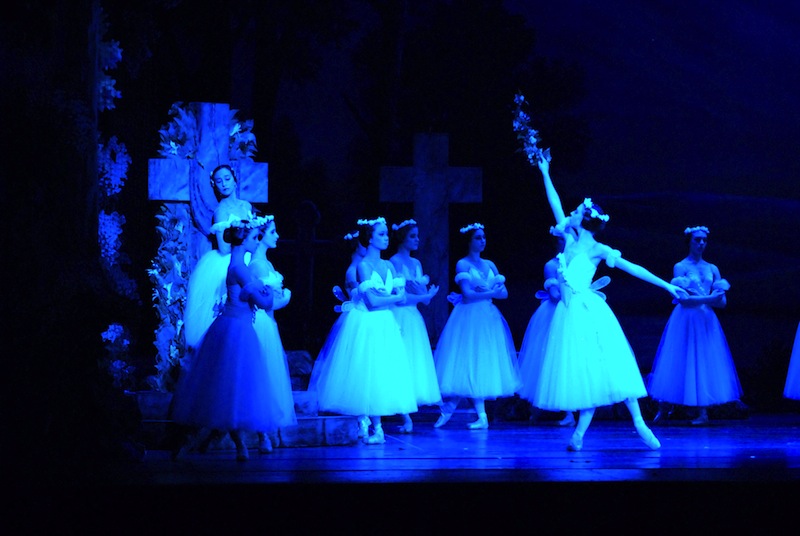 Ballet has long held a special place in Cuban communities — both in Cuba and in Miami. The National Ballet of Cuba has a reputation of being one of the foremost ballet companies in the world; its school continues to produce some of the most highly trained and talented dancers performing today. This weekend, three of these dancers, principal ballerina Amaya Rodriguez, and soloists Massiel Alonso and Mayrel Martinez, will make their Miami debut with the Cuban Classical Ballet of Miami in Giselle Act II. Rodriguez, Alonso, and Martinez arrived in Miami after crossing the borders from Mexico and from Canada into the United States. Like many before them, they join relatives and friends in their new homeland.

And like other Cuban dancers before them, Pedro Pablo Peña, founder and artistic director of the Cuban Classical Ballet of Miami, is here to welcome them. Pablo Peña came to Miami in 1980 after a distinguished career as a choreographer and dancer in Cuba. He says he is “happy to open the door — to bring dancers here. It is important to help Cuban dancers.”

At a recent press conference, the three dancers spoke of their experience in Miami, their artistic lives in Cuba, and the lives they would like to establish in the United States. They are articulate, bright and poised young women who each carry a strong ballet foundation rooted in the meticulous and arduous training of the school and company founded more than 50 years ago by prima ballerina Alicia Alonso, Fernando Alonso and Alberto Alonso. Each expressed her happiness of being in Miami, of the opportunity to perform for an American audience; and to present the strong technique and virtuosity that the National Ballet of Cuba is known for.

Principal ballerina Rodriguez won various ballet competitions before joining the National Ballet of Cuba, under the artistic direction of Alicia Alonso. Rodriguez has performed soloist roles in many of the classical repertoire including Swan Lake, Don Quixote and Sleeping Beauty.

In Cuba, the dancers agreed, they had given everything that they had to give. Here in the United States, they want to experiment with more contemporary styles.

Rodriguez will have that opportunity when she begins performing with the Kansas City Ballet, an esteemed company that performs classical works as well as more contemporary pieces. Devon Carney, artistic director of the company, says he is “thrilled to have someone from the National Ballet of Cuba come into Kansas City Ballet.” It’s yet to be determined which roles Rodriguez will perform out of the program lined up for Kansas City Ballet’s 2016-2017 season. This includes A Midsummer Night’s Dream; Sleeping Beauty; The Lottery, based on Shirley Jackson’s short story; and George Balanchine’s Theme and Variations. “These productions are great vehicles for any female dancer,” says Carney.

On Saturday, Rodriguez will perform the lead role in Giselle Act II. She will be joined by Alonso and Martinez. Also appearing on the program are guest principal dancers Marize Fumero, Carlos Guerra and Arionel Vargas; along with the Cuban Classical Ballet of Miami corps de ballet.

Giselle is, above all else, a ballet with a universal theme of undying love. It’s understandable why it can unite ballet lovers, no matter where they call home.