Cuban Classical Ballet of Miami presents ‘An Evening in White’ 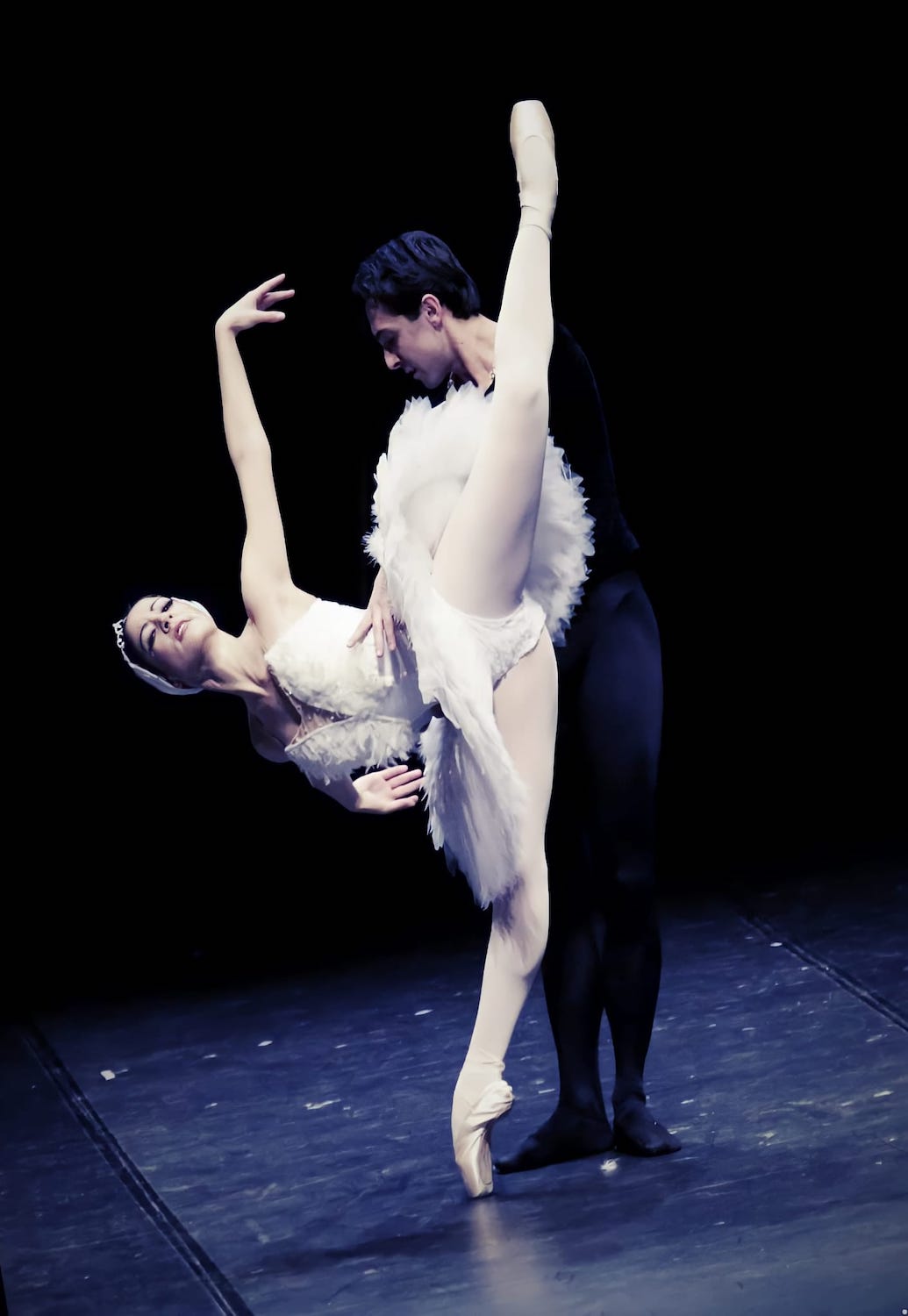 Under the artistic direction of Eriberto Jiménez, the Cuban Classical Ballet of Miami (CCBM) returns to the Jackie Gleason Theater in Miami Beach to offer a unique performance titled, “An Evening in White,” dedicated to the so-called white ballets of the Romantic repertoire of the 19th century.

The program promises to be a beautiful concert with guest stars, on the stage where some of the company’s most successful performances have taken place, and includes fragments drawn from masterpieces such as “Giselle” (1841), “La Bayadère” (1877), “Swan Lake” (1895) and “Les Sylphides” (1909).

The insertion of “Les Sylphides” in the program deserves an explanation for not being a work premiered during the 19th century. This short piece in one act (with music by Frédéric Chopin and choreography by Michel Fokine) is for some a late white ballet and, for others, a nostalgic exercise that resurrects the style and pays homage to its predecessors.

However, the justification for its appearance in “An Evening in White” is simple. While the other three selected titles are examples of the genre because they contain a scene where the dancers wear white and move like ethereal beings, “Les Sylphides” is a white ballet in form and content, from beginning to end. 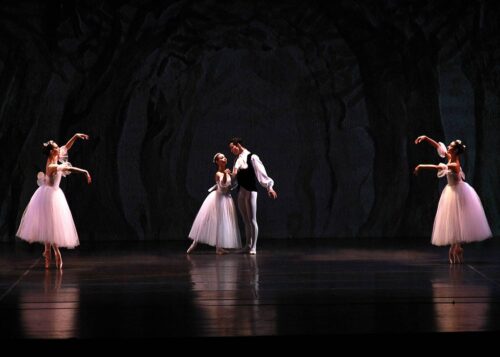 At the time, the white ballet turned out to be the perfect choreographic solution to represent the spirituality of the drama of love that manages to manifest itself beyond death, without forgetting that in terms of staging, it meant a vital contribution to the development of ballet with argument.

You can substitute without significant consequences the csárdás for polka in “Swan Lake,” but you cannot change the swans for Willis without affecting the story and destroying its essence.

Although its original premiere – choreographed by the Czech Julius Reisinger – was in 1877, “Swan Lake” as it is known today comes from the 1895 revival made by the Frenchman Marius Petipa and the Russian Lev Ivanov for the Imperial Ballet of the Mariinsky Theater in St. Petersburg. 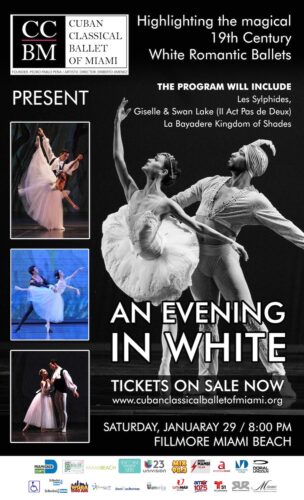 In their “Lake,” there are two imperishable pas de deux of irrefutable beauty. The first is the love duet of the second act, performed by Prince Siegfried and Odette, the Queen of the Swans. The second, known as “the pas de deux of the Black Swan,” appears in the third act, is danced by Siegfried and Odile, and includes the famous 32 fouettés. Odette is a white swan; Odile is a black swan.

For its part, “Les Sylphides” will be performed by Ihosvany Rodríguez as the young poet who goes for a walk and meets the feminine spirit of the air, represented by Astrid Arvelo, Mayrel Martínez, and Natali Alvarez. 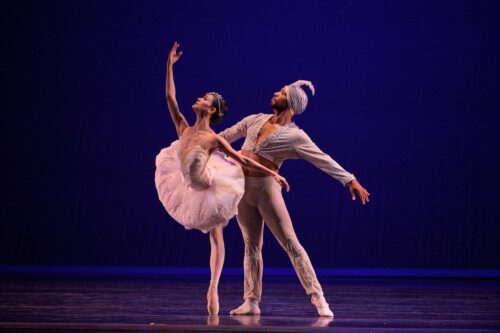 In “La Bayadère” (with music by Ludwig Minkus and choreography by Marius Petipa), Rebecca Storani, Ihosvany Rodríguez, Astrid Arvelo, Eleni Gialas, and Natali Alvarez will dance the parts of the main couple and the soloists, in the scene known as “The Kingdom of the Shades.”

But Lafita and Galloro are the big attraction of “An Evening in White” because they both left a charming impression on us in 2011 when they participated in Miami’s XVI International Ballet Festival.

“Miami audiences are very enthusiastic and grateful to the artists. When we performed at the festival in 2011, it was a very nice experience, because even though they were our first international appearances, people appreciated our art,” they tell us when we communicate with them via email.

What have they done since then?

“We have been dancing together for 11 years as independent First Dancers, performing almost the entire repertoire of classical ballet, neoclassical and contemporary pieces. In addition, we have performed as guests in many National Theatres and Operas in Europe, Russia, Asia, and Latin America. In fact, on Wednesday, Jan. 26, before traveling to Miami, we will perform with the full ballet ‘The Nutcracker’ in a performance for the Centennial of the Bucharest Opera.” 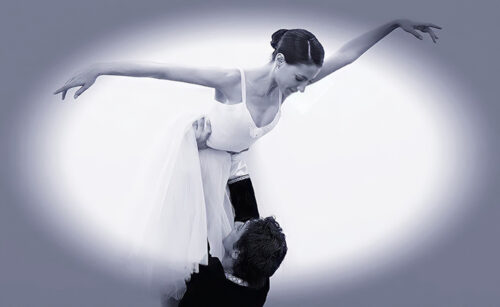 What does this trip to Miami mean to you?

“In these difficult times worldwide, the Cuban Classical Ballet of Miami, together with its director Eriberto Jiménez, is showing the high level that the art of ballet has in Miami and how important it is to give art and culture to the public. For us, it is a great pleasure and an honor to share the stage with the artists who will participate in this Gala. It is also a great joy to return to Miami and meet again with its wonderful audience. We are sure it will be an unforgettable night.”

“If you remove from your hearts the love of beauty, you will remove all the charm of life,” said Jean Jacques Rousseau, a Swiss writer, and philosopher revered by the Romantics.

But there is no reason to worry. Beauty has always been one of the objectives of art; the theme of Romanticism maintains its validity in our days, and the love of beauty is an acquired taste in the ballet-loving Miami audience.

WHAT: Miami Cuban Classical Ballet’s “An Evening in White”

WHERE: The Fillmore Miami Beach at the Jackie Gleason Theater, 1700 Washington Ave.