Cuban Classical Ballet of Miami is back, with a live & virtual performance of ‘Don Quixote’ 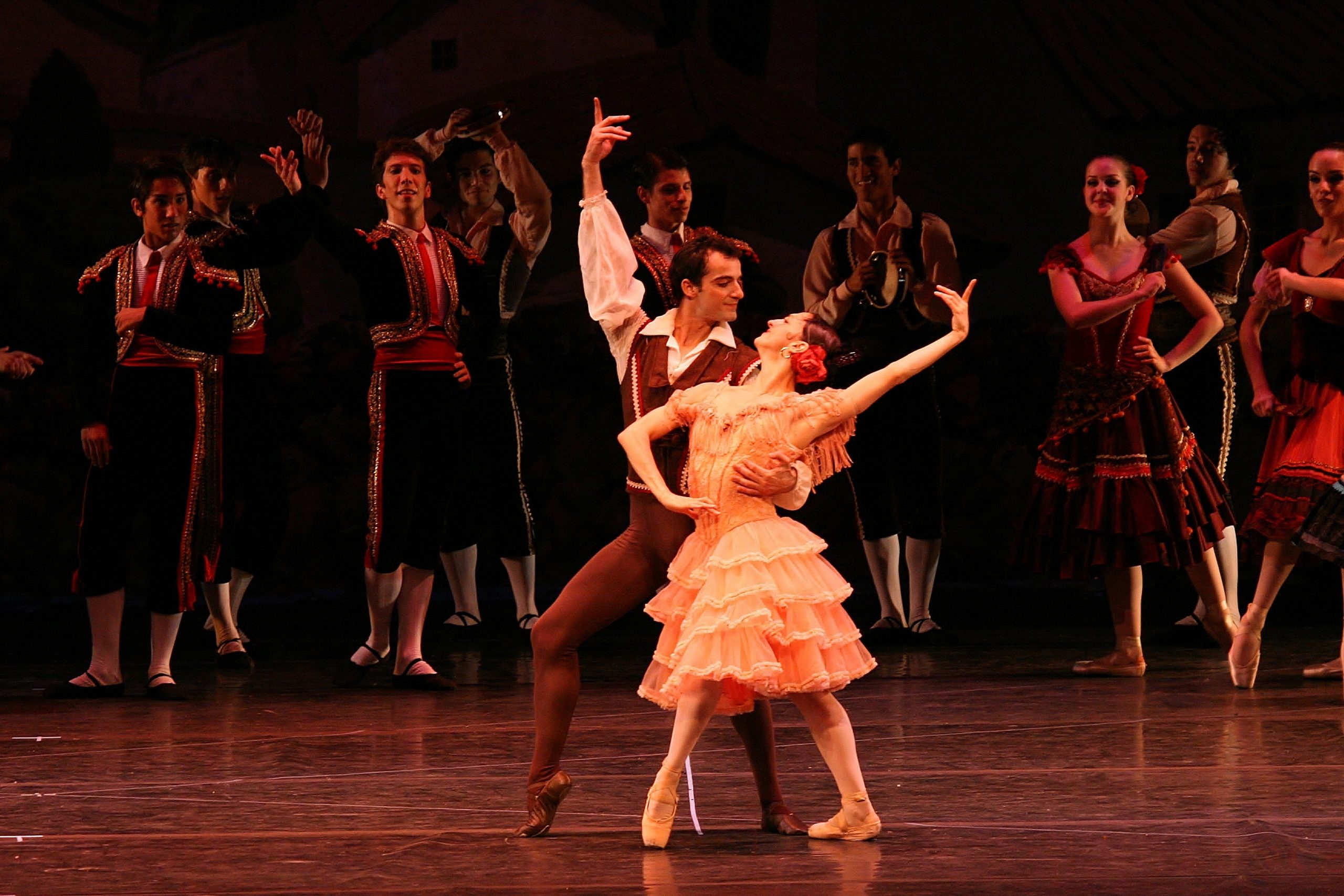 Lorena Feijóo and Rolando Sarabia as Kitri and Basilio in “Don Quijote,” on the night of its 2010 premiere by CCBM. (Photo courtesy of CCBM)

The Cuban Classical Ballet of Miami (CCBM), under the artistic direction of Eriberto Jiménez, is returning to the stage with “Don Quixote.” The company’s first and only live performance of 2020, after the closure of theaters due to COVID-19, will take place Dec. 5 at The Fillmore Miami Beach at the Jackie Gleason Theater. It also will be streamed live for online viewing.

The ballet “Don Quixote,” based on an episode of Miguel de Cervantes Saavedra’s masterpiece, has a close association with the history of CCBM. The famous Grand Pas de Deux has been present in many of its concert programs and in almost all of the International Ballet Festival of Miami (IBFM) galas. 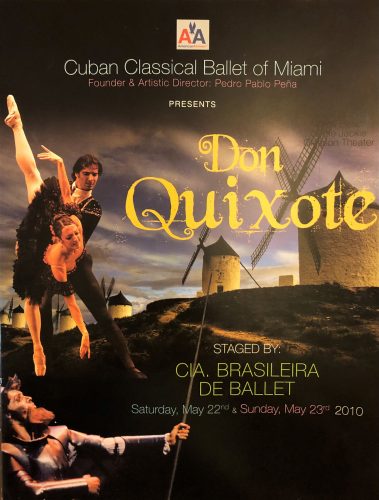 Cover of the playbill for the premiere of the ballet “Don Quijote” by CCBM in 2010.

In conversation with Jiménez, we recently revisited that story and discuss this month’s unique presentation – which also marks the reopening of the iconic Miami Beach venue, site of some of CCBM’s greatest triumphs, including two unforgettable “Giselle” performances of February 2007. This interview was conducted in Spanish and translated.

Q: On this occasion, CCBM is not presenting the original complete ballet – by Marius Petipa with music by Leon Minkus – but rather a “suite.” What is the difference?

A: The suite is like a summary of a complete ballet. In this case, we have secured that the original story is maintained, but selected the brightest parts of it, as well as its most popular characters. 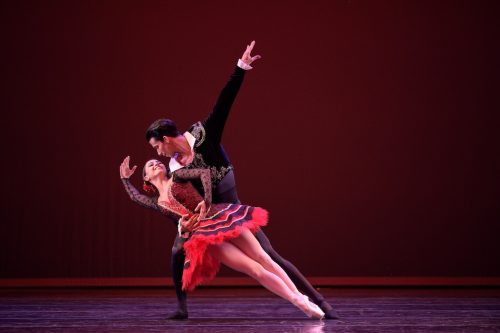 Katherine Barkman and Jorge Oscar Sánchez in the Grand Pas de Deux of the ballet “Don Quixote,” during the XXIV International Ballet Festival of Miami (IBFM) in 2019. (Photo courtesy of Simon Soong)

Q: Which moments are included?

A: We have chosen a bit of each act of the original work. A short prologue introduces us to Don Quixote. Something from the first act to appreciate the main couple and the famous bullfighting scene will also be there. We have the fight with the windmills and the dream of Don Quixote with ‘is Dulcinea. And we close with the always admired pas de deux.

The pas de deux of “Don Quixote” is one of the most danced pieces in ballet galas worldwide. It has been presented by the Cuban Classical Ballet of Miami on several occasions. We have enjoyed the participation of several Cuban principal dancers, such as Lorena Feijóo, Lorna Feijóo, Xiomara Reyes, Hayna Gutierrez, Marizé Fumero, Rolando Sarabia, Arionel Vargas, among others.

Q: When did CCBM premiere this “Don Quixote Suite”?

A: The company presented the complete ballet for the first time in 2010, in collaboration with the Cia Brasileira de Ballet (CBB). Our “Don Quixote Suite” premiered in 2015.

This seems to be an excellent time to present a “suite” again. Because of COVID-19, the theater does not want intermissions, to be able to maintain better control for the safety of the attendees. 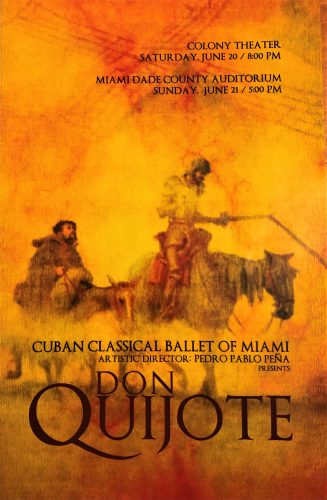 Cover of the playbill for the premiere of “Don Quixote Suite” by CCBM in June 2015.

Q: Who will play the principal characters in this performance? Is this staging a collaboration with another company?

A: On this occasion, we will have as guests the Cuban dancers Ihosvany Rodríguez and Daynelis Muñoz, who were soloists of the National Ballet of Cuba before going into exile. Later, Daynelis was principal dancer with the Tulsa Ballet, and Ihosvany with the San Jose Ballet; he was also invited as a guest artist with the Slovenian National Ballet. This version is made in collaboration with St. Lucie Ballet, which is under the artistic direction of Lydia Oquendo and Rogelio Corrales. The dancers are from Greece, Russia, Brazil, Mexico, Chile, Colombia and Cuba.

Q: What are the protective measures taken to ensure the health of theatergoers?

A: The Fillmore Miami Beach at the Jackie Gleason Theater is the first theater in Miami to reopen, with the “Don Quixote Suite,” and for the public’s comfort and safety, it follow all the biosafety protocols established by the CDC and the Miami-Dade County Health Department, including payment procedures without physical contact.

The theater’s capacity has been reduced to ensure that distance between patrons be at least 6 feet, both in the seating area and in the line at the theater entrance. There will not even be intermissions, to avoid the crowding of people in the lobby.

The use of masks will be mandatory for the theater staff and the attending public. People who do not use those properly will not be allowed to enter or to stay in the premises. Only transparent plastic, vinyl or PVC bags with a maximum size of 12x6x12 inches will be allowed, and hand sanitizers will be available throughout the theater.”

WHEN: 8 p.m. Dec. 5 at The Fillmore Miami Beach at the Jackie Gleason Theater, 1700 Washington Ave.