Cuba’s Renowned DanzAbierta Brings its Next Generation Across the Straights 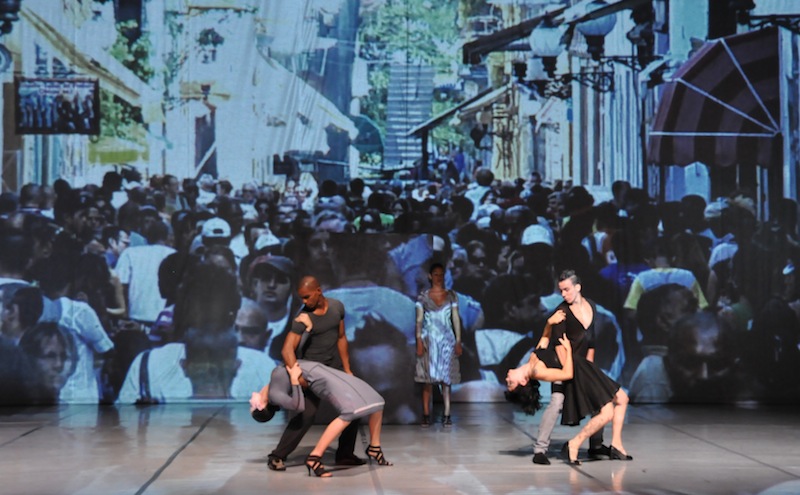 Founded in 1988 in Havana, the DanzAbierta company began under the direction of Marianela Boan. Considered a precursor to Cuba’s avant-garde dance movement, the company was known for its experimental stance towards Cuban cultural identity — and the language of dance itself. Boan’s background was not limited to dance; it included theater, visual art and music. In 2003 the company came under the artistic direction of Guido Gali, and later, Barcelona native Susana Pous. Like Boan, Pous brought multi-media experience to her work with DanzAbierta, allowing the company to continue and evolve some of the company’s original ideas.

As part of the program CUBAAHORA: The Next Generation, DanzAbierta will perform Malson on Thursday in Miami. Choreographed by Pous, Malson includes video vignettes of Havana as backdrop, and music from Afro-fusion composer X Alfonso.

The event is presented by the Centro Cultural Español, Miami-Dade County Auditorium and Copperbridge Foundation, in cooperation with the embassies of Spain in Havana and Washington.

We spoke with Pous recently about living and working in Cuba over the years, and her new take on the legacy of DanzAbierta.

How long have you lived in Cuba?

I have been living in Havana for the past 16 years. The first time I visited Cuba was 18 years ago, when I went to work side by side with the Spanish choreographer at the national ballet, Maria Rovira.

What exchanges between the U.S, and Cuban dance communities have impacted your work?

We went to the U.S. for the first time in 2011. Ella Baff from Jacob’s Pillow Dance Festival invited us. We performed the piece Malson — the same piece we are performing in Miami. We also went to Chicago and to Miami with the piece Showroom, thanks to a collaboration with Copperbridge Foundation, Jan Bartoszek and Hedwig Dances. After that, we made an agreement between Hedwig Dances-DanzAbierta companies and we created the performance Trade Winds that was presented in Chicago and in Havana. That was the first collaboration between a company in the U.S. and Cuba.

I hope the new situation brings changes and more exchanges.

In what way is DanzAbierta continuing the founder’s concept of the company?

DanzAbierta is a company interested in the movement research, performance and dramaturgy. We do not rush into creating things. We are aware of what surrounds us. We do not work in abstract. We analyze what is around us, how I feel, how I think, how the dancers think.… The concept of the company is the same.

What do you feel is your contribution to DanzAbierta — stylistically or conceptually — as a choreographer?

I believe my background — teaching dance and knowing about the film industry — has brought changes to the vision of the company. I like beautiful things.

What is your experience of working as a choreographer in Havana?

My first piece as a choreographer was in Cuba. Almost all my professional career creating things has taken place in Cuba. I cannot tell you how this would have been somewhere else. I have confronted difficult situations, but I have found a lot of inspiration and possibilities. Cuba needs professionals that want to be here and work from here. Many people have left. There are many things to do and right now I have only started.