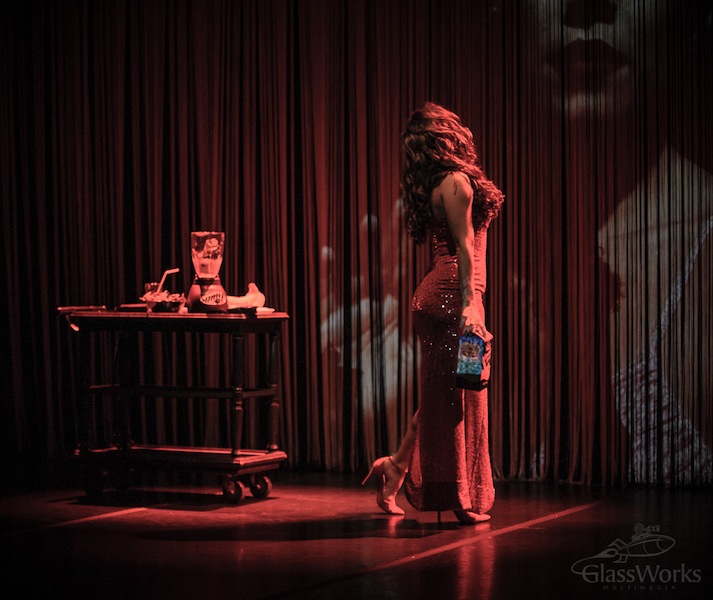 In conversations with local choreographers over the past few months, many have said that the strength of live dance performance is the potential for mistakes. Imperfections make a space for the audience to enter into a shared experience with the dancers on stage. Consider a virtuoso musician, slipping on one note and then recovering. With this rift, the performer’s mastery — and humanity — become clear. In contrast, an artistic project that has been too-tightly edited risks alienating the audience.

Local choreographer Rosie Herrera has been prolific, and her projects supported and well-received by the local and national dance communities. Over time, through clearly diligent work, she has achieved a high level of polish. This may be due to a conscious decision to keep herself off-stage, acting solely as director. From that perspective, she is able to fine-tune every image and joke to near-perfection. Of course, her dancers are always negotiating the improvisational nature of live performance, but strong artistic authority is evident.

As a result, her well-honed choreographic voice can sometimes feel like a precisely built machine. The viewer remains on the outside, looking in, shown only what Herrera wants us to see. As she said in a recent interview, “I’m a surrealist and so everything I do is deeply personal, but hidden underneath many layers of symbolism.” The images and theatrical exchanges are impeccably presented and paced, and thus the audience response can sometimes feel highly controlled. This is a potential pitfall of proficiency.

In her latest work, Cookie’s Kid, Herrera took a new and unfamiliar approach. With the encouragement and support of Miami Light Project’s Beth Boone, Herrera agreed to do a solo performance. Herrera has described her creative process for Cookie’s Kid as an inside-out investigation of her own cultural and personal muscle memory, directing herself as a performer from within her own bodily experience rather than as a more omniscient external creator.

Given the creative risk of such an endeavor, the possibility of failure was lurking. Yet Cookie’s Kid felt like a breakthrough for Herrera. Not a violent explosion of radical change, but a gentle, trembling and vulnerable turn that promises an expansion of her creative range for some time to come. Watching Cookie’s Kid was like seeing someone use a new muscle for the first time. Herrera’s recognizable humor and visual language were still present. There were a few quick-witted gags and melodramatic vignettes, and the audience had some laughs that were certainly expected. But these were scattered between much more indistinct and shivering explorations of something deeply internal.

Her entrance on stage was a gradual emergence from behind a shimmering curtain, like a birth. Dressed in white cotton, she articulated a body language of hardship met with strength, pointing perhaps towards her mother, the tough woman named Cookie whose scowling face was projected behind her. Eventually Herrera merged into the photograph, returning to the stage for what seemed to be a flamboyant self-portrait in ruby red sequins. Later moments were long, drawn-out, and repetitive sequences that shook her body with vague questions.

Throughout, we saw a contrast between a deep inner world and a sparkling surface, between humor and sadness and unknowing. And there was room to wonder what it was about, to get lost in the extended pace, and to feel something perhaps more visceral than her previous work would have allowed.

The final image was striking. Draped in white and beautifully lit, Herrera posed as a religious icon, Mary, the ultimate mother. But as she came forward towards the audience, we saw that the “baby” she was holding was a chocolate bunny. She pulled a hairdryer out from under her robe and melted the chocolate until it fell on the floor, a formless blob. It was funny, in her typical style, but it was hard to laugh at because it was also excruciating in its portrayal of a mother’s dominating relationship with her child.

On opening night at the Miami Light Project on May 28, the audience seemed somewhat stunned as the lights went down on this closing scene. Here is the proof that she has surpassed her well-worn strengths and brought herself into an entirely new field of possibilities.