Choreographers unite in outdoor performances for the planet 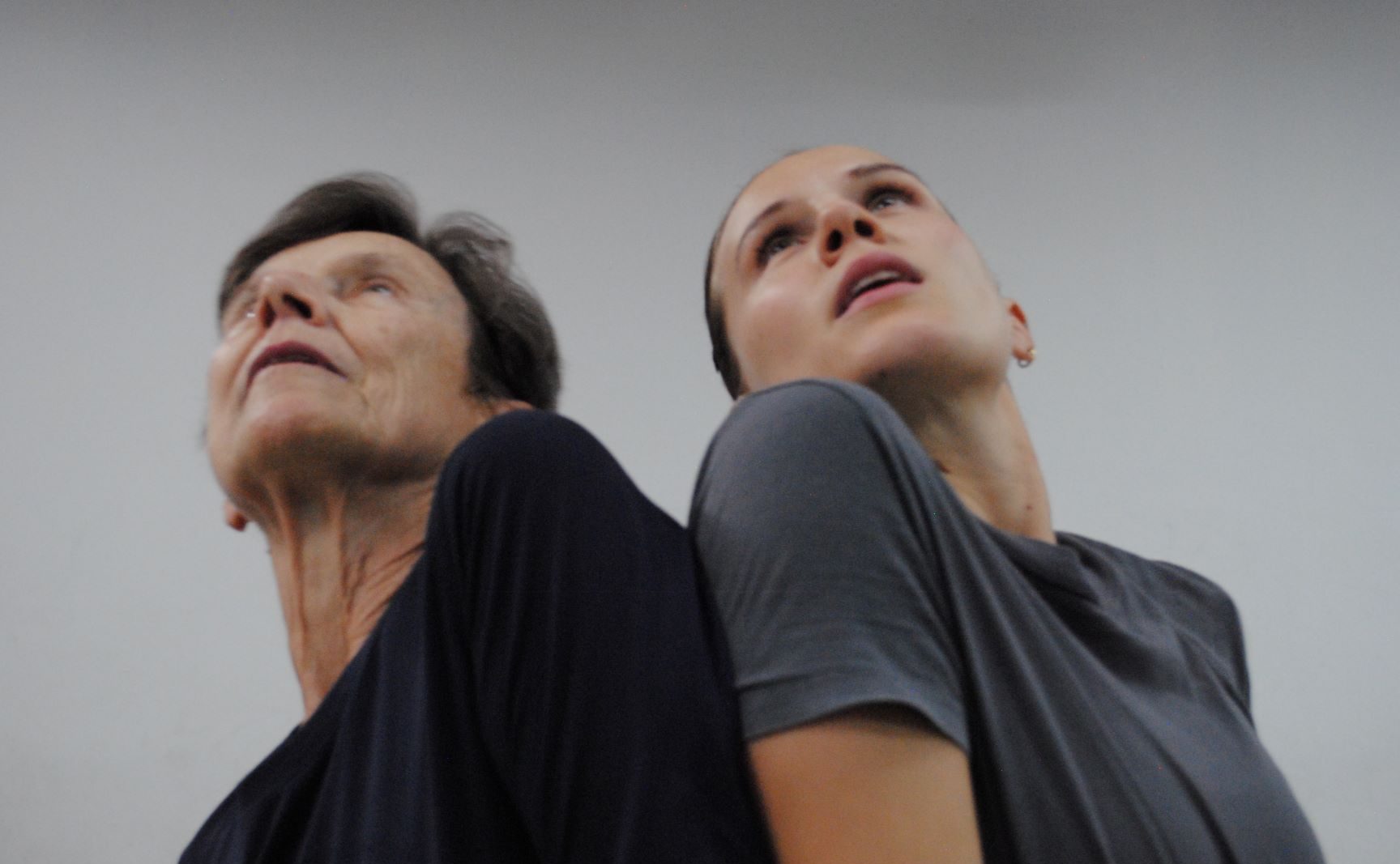 ** Due to weather conditions, “CIRCA/MIA” and “Such Rooted Things” has been rescheduled from May 13-14 to May 14-15. If you have any questions or concerns,  email liveartsmiami@mdc.edu, follow PAMM on social media or check liveartsmiami.org for the latest updates.

The late performance artist Ana Mendieta once said, “I am overwhelmed by the feeling of having been cast from the womb (nature). My art is the way I re-establish the bonds that unite me to the universe. It is a return to the maternal source.”

In the two climate-conscious works that choreographers Dale Andree and Sandra Portal-Andreu will debut on May 14 and 15 outdoors in downtown Miami, it is dance that offers this connecting force: to nature, to the maternal, to community.

As part of Miami Dade College’s Live Arts Miami LALA (Live Arts Lab Alliance) Performance Series and the EcoCultura initiative, the special double-bill will feature Portal-Andreu’s “CIRCA/MIA,” followed by Andree’s “Such Rooted Things.” Each will consist of a dance component at Pérez Art Museum Miami’s adjacent Palm Terrace, at Maurice A. Ferré Park, and an accompanying short film screening inside PAMM. They’ll be presented live before a limited audience with COVID-19 protocols in place.

Andree, a pioneer in the Miami dance world and founder of the National Water Dance collective, has spent the past four months rehearsing weekly at Matheson Hammock Park, working on choreography for “Such Rooted Things.” At the park, she and her dancers bonded almost viscerally with nature. They connected with the mangrove forest “almost as if we’re being birthed out of it,” she said. 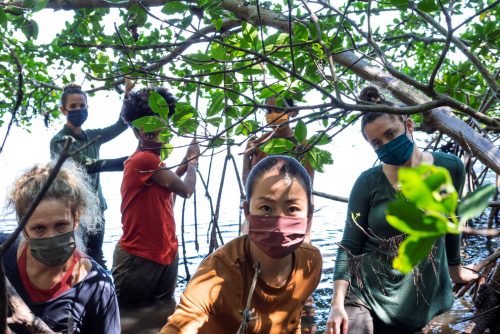 The performers behind “Such Rooted Things,” hard at practice at Matheson Hammock Park. (Photo courtesy of Karime Arabia)

It was a union forged by necessity. Never one to shy away from a challenge, Andree took the need to rehearse outside during the pandemic and raised it one. After all, why rehearse on solid ground when you can dance on sodden ground in a tangle of curved roots, mud and mosquitoes?

“We were in the mangroves every Saturday since January,” Andree said. “I’m a real process person, but it took me one level deeper in process.”

The dancers’ movements were awkward at first; one warm-up early on was spent just concentrating on how their feet should meet the soil.

“We took that into the way we moved on the mangroves and it changed everything,” said Andree. “There was a white heron sitting there and she never moved, because we were moving through [the trees] with that kind of care … the idea that every motion has intention, so even if you were at an awkward place, it wasn’t about making it right, but rather that intention to move created the dance … It brought art into an immediate moment for us.”

Andree has never approached choreography with the goal of telling a story. Here, she looked instead to illuminate the poetic truths offered by the natural world.

“You see death and birth right together in the mangroves, and that’s what’s so powerful,” she said. “It’s the rich cycle of life.” Where one dead branch is decaying, other cigar-shaped propagules are clinging to the sandy bottom, shooting out roots. 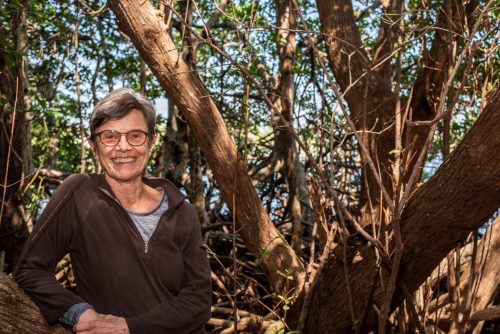 Dale Andree is a pioneer in the Miami dance world and founder of the National Water Dance collective. (Photo courtesy of Karime Arabia)

“I see that entanglement of the roots of the mangrove in the way we have to approach climate change,” she said. “The way they collectively hold the coastline … they’re the workhorses there that make life possible. I see community as that. The only way that we can deal with climate change is as a community.”

“Such Rooted Things” will give audiences the unique opportunity of seeing Andree perform with her daughter, New York dancer Thryn Saxon. Their collaboration marks the first time that the two have created a work together as co-choreographers and co-directors.

Physically, both are gorgeous to watch, with impossibly long limbs, beautiful line, and a capacity to invest the smallest gesture with intense meaning. While the two approach choreography very differently, their shared background in contact improvisation offered a firm base to build on. Still, dancing together presented both challenges and opportunities for mother and daughter.

“We’re really interwoven in our relationship,” Andree remarked. “But some of that had to be unthreaded … We needed to weave a new garment together.”

For Saxon, the idea of working with the woman she had spent her childhood dancing with caused mixed emotions. It seemed at first as if she were taking a step backward just when her artistic life in New York had been propelling her swiftly forward—to an apprenticeship with Bill T. Jones/Arnie Zane Dance Co., a place in the Kate Weare Co., and a steady gig in “Sleep No More” (an immersive theatrical experience based on “Macbeth;” Saxon had to shave her head for her role as one of the three witches). Still, she has come to call her pandemic year in Miami “a transformative experience.”

And her duet with Andree, she said, has turned out to be an intense 24 minutes. 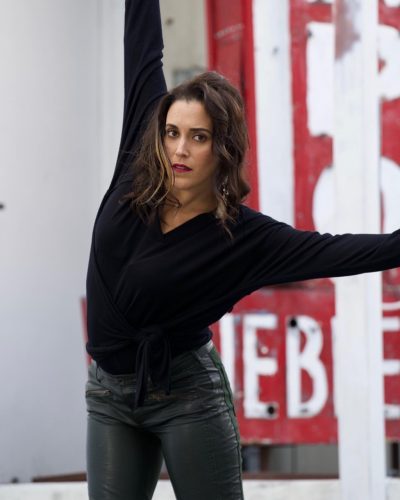 Choreographer Sandra Portal-Andreu will dance in the evening performance, with images from the film projected behind them. (Photo courtesy of Stephanie Fuentes)

“We ran it the other day, and I was exhausted and covered in sweat … I think I just have taken for granted the fact that I get to do this with this incredible artist who has lived decades of an art life and life in general,” she said. “I just look at this experience of dancing with my 74-year-old mother as being not only artistically challenging, but physically challenging.”

Roles have a way of shifting in long-term relationships. A mother teaches a daughter who later comes back to teach the mother. For Andree, “everything in life is about birthing and dying and the sensuality of that, and the beauty of that, and this physical intimacy is just such a thing to relish.”

Live Arts Miami executive director Kathryn García, who developed the EcoCultura initiative at Miami Dade College when she was just coming off maternity leave, spoke of the special sense of responsibility mothers feel in addressing the climate crisis.

“I think in many ways Sandra, Dale, all of this cohort have been inspired by our children, right? And really thinking about what the crisis means for the next generations that are coming, and not only the generations that we know today, but the ones that follow after that,” she said. “What is our responsibility to take action now to really safeguard the future of generations to come, including those that are most personal to us, our children?” 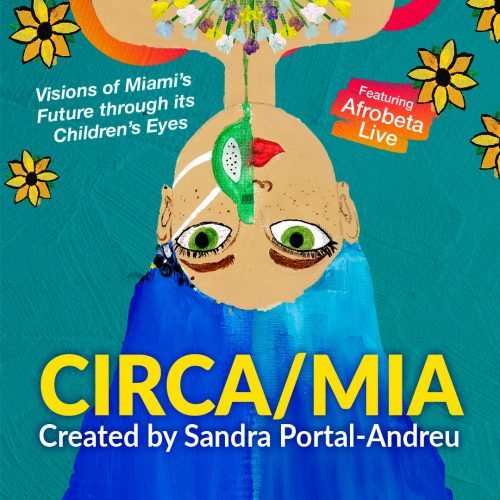 In listening to her two young sons’ concerns regarding the climate crisis, choreographer Portal-Andreu was moved to create a film that would focus on the voices of young people as we seek collectively to rescue a wounded planet. She interviewed 37 children from neighborhoods throughout Miami-Dade County and collaborated with Miami Dade College’s MAGIC (Miami Animation and Gaming International Complex) program to create “CIRCA,” a short film that animates the children’s artwork. It is a child’s-eye view of Miami in the crosshairs.

The soundtrack is a combination of commissioned music from Miami duo Afrobeta and snippets from the children’s interviews.

“It’s something I haven’t seen done before,” García said, “and it opens up a whole new world, to really allow children to have a voice in a creative way.”

Six of the children’s mothers, including Portal-Andreu herself, will dance in the evening performance, with images from the film projected behind them.

Portal-Andreu hopes that the children’s message will not go unheard.

“I guess my hope for this project is that there is an opportunity for it to live on,” she said. “I would love for it to be sort of like a postcard to the people that are making decisions about the city’s future, you know, from our children.”

WHAT: LALA Performance Series presents “CIRCA/MIA” and “Such Rooted Things”

SAFETY PROTOCOLS: This event will require appropriate facial coverings (except when eating or drinking) and social distancing. All guests are expected to register in advance and present their E-ticket on their mobile device at the door.