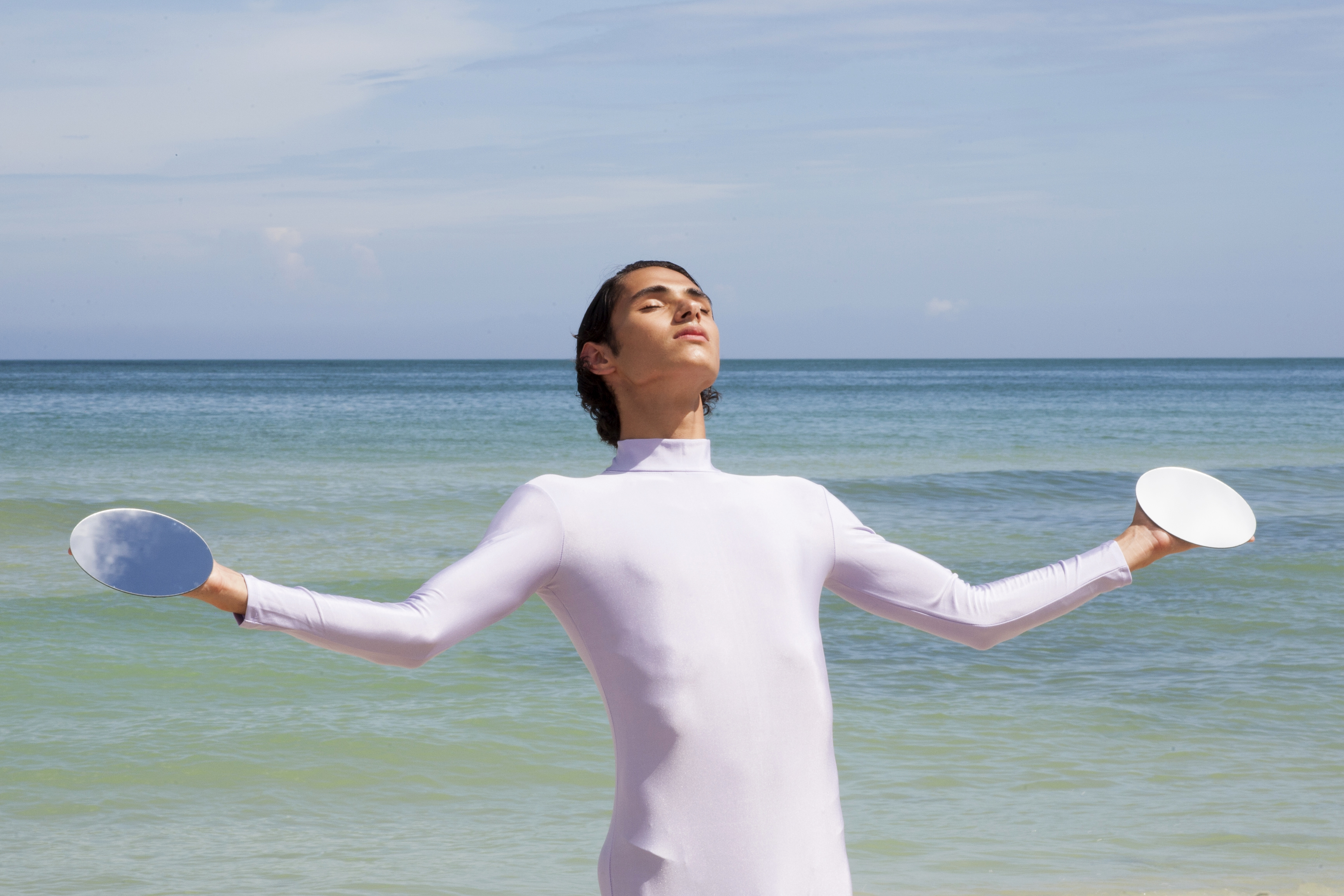 Choreographer Liony Garcia says architecture and dance are both based on similar ideas and forms, which is really what is at the crux of his evolving work “Corporeal Decorum.”

The focus is on the Tropical Deco architecture of Miami Beach’s Historic Art Deco District, interpreting it through dance.

“As dancers, we relate to space and there’s so much training in the contemporary and modern forms of dance. So much of it has to do with design. We’re always looking at the body as architecture and moving in the space. Geometry plays a huge part in both, so that’s really the through line,” says Garcia. He says he started to develop a movement language that was inspired by the Deco buildings. “It’s a translation from inanimate physical objects and architecture and animating it with the body.”

First presented as part of “Here and Now” at Miami Light Project this past May, Garcia has been conceiving and researching the project, but says he started working on the piece last January. He found that the work has much in common with his fascination with structures in other ways. “I keep building on this project little by little.

“Deco Through Dance: Corporeal Decorum” is being presented with the Wolfsonian-FIU in conjunction with its ongoing exhibition “Deco: Luxury to Mass Market.” The free performances are Friday, Oct. 11 and Saturday, Oct. 12, with an encore on Thursday, Oct. 17.

“What people will see at the Wolfsonian-FIU presentation will be the first time I’m presenting it with music and costumes.”

While Garcia isn’t exactly sure where the idea sprung from (he said it may have been a dream or a “visual” that came to him), he imagined buildings engaging in such a way with his body that he could translate their meaning through movement. 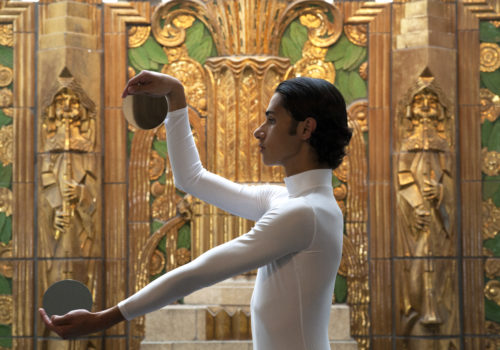 Then, through his research he started to dig into what inspired the designers and architects of the period. “The language for Tropical Deco is so different than other Art Deco architecture. It has a fantasy element to it. You can see how they were most likely influenced by place. Instead of creating representations like they were doing with the art deco in more northern parts of United States, they were paying tribute to what was happening here in Miami. They were using local imagery.”

“Corporeal Decorum” reflects the optimism that he felt when he first encountered Miami Beach. “When I was a kid in 1992 coming from Cuba, I remember the first time I saw Collins Avenue and this big mural of the Fontainebleau Miami Beach. I still feel that energy. There’s an energy that the preservation of the Art Deco Historic District brings to Miami Beach. There are very limited places in the world that have such a concentration of Deco in one area.”

The first 20th century neighborhood to be recognized by the National Register of Historic Places, Miami Beach’s Art Deco Historic District is made up of more than 800 buildings and structures built between 1923 and 1943.

Garcia has been working with art historian Fredo Rivera, who will present a short, guided tour of some of the city’s Art Deco buildings before patrons see the dance performance. Two other dancers will be joining Garcia for his Wolfsonian-FIU dance piece, Jennifer Martin Bermudez and Julianna Trivino.

This is merely the beginning for “Corporeal Decorum,” Garcia says. He’s already imagining the set design for what will eventually become a full evening presentation. “I want to deconstruct parts of building then represent them on stage, animating them through projections.”