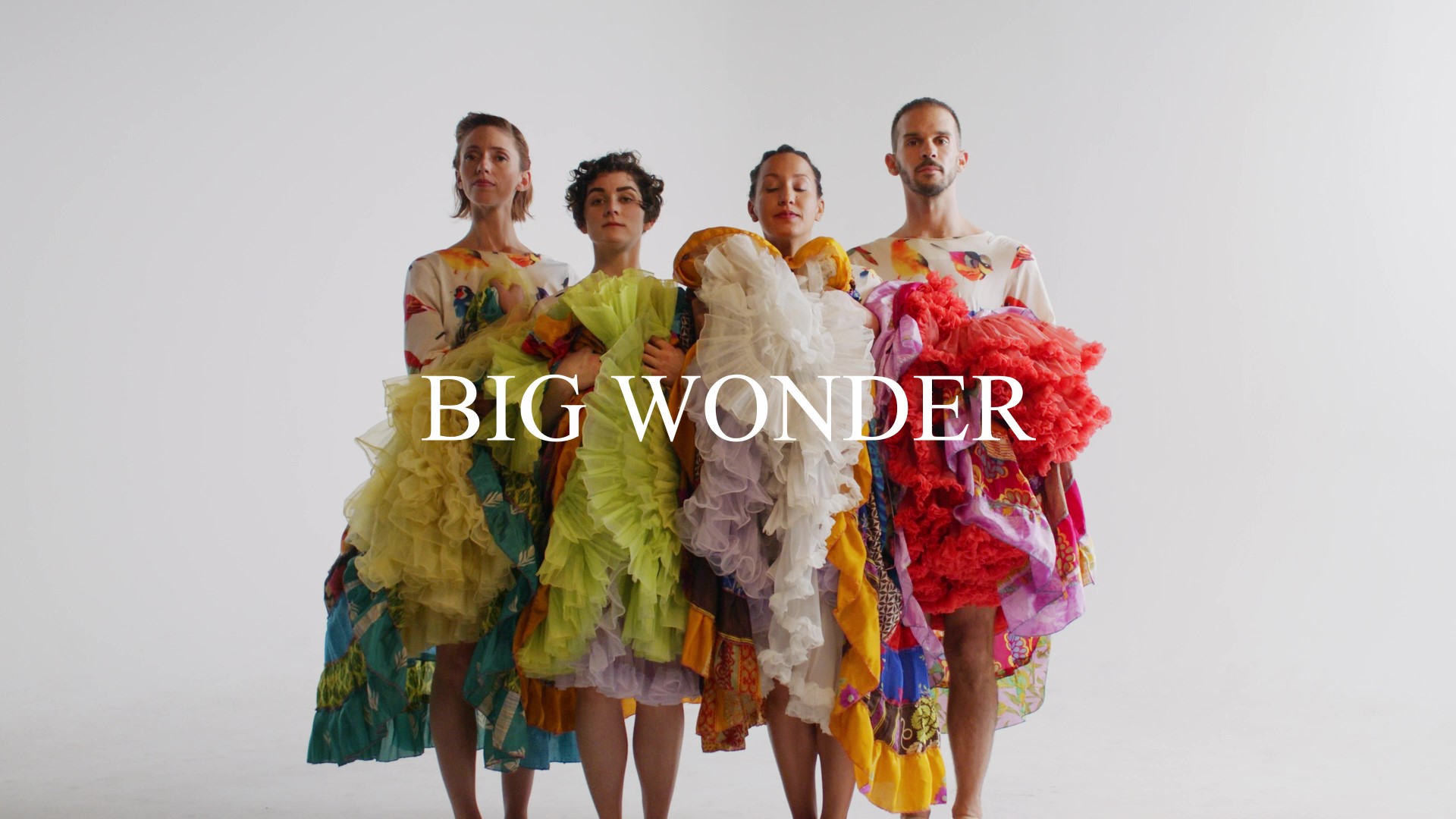 Brigid Baker is a community activist who has provided free children’s hip-hop programming in her Little Havana neighborhood and is helping to gain protected national-historic status for Little Havana. A winner of numerous awards, grants and honors, Baker is best known for her dancing and choreography, which is often informed by her eclectic personality and decades of experience on the dance scenes in Miami and New York.

Audiences will have the opportunity to see the culmination of Baker’s choreographic process in “Big Wonder,” a new show appearing Jan. 17-18 at the Miami-Dade County Auditorium’s On.Stage Black Box Theatre. The evening will consist of two pieces, “Wonderlawn” and “Big Beautiful,” that have been in the works for decades. The show will include set design and costumes created by Baker, and will incorporate film, a first for her.

Baker has never brought her choreography to a big stage in Miami. Her performances usually take place in intimate settings, primarily in her home studio.

Visiting that home is quite the experience. Hanging from the rafters and appearing in every available corner, costumes and colorful art projects offer a chaotic representation of Baker’s well-lived life. A small bedroom is hidden behind a flowered curtain, and the kitchen is entered through a maze of gauzy, weblike fabric. Lamps of every size and shape are tucked in little niches, adding to the space’s glimmering, theatrical atmosphere.

A brilliant display of vintage mohair sweaters — costumes for “Big Wonder” — hang on one wall. Baker says she spent years collecting them, and she has attached an art object to each of them, including skeletons and dreamcatchers. Behind a screen, as if waiting to make an entrance, is a dazzling gold dress, another costume for the show.

Baker does not speak in straight lines. She jumps randomly from topic to topic: how geometry is implemented into movement; why light affects perception; how the brain transmits information to the body; the strength of a spider’s web; the feel of pantyhose.

At one point during the interview, Baker gets up to retrieve a hollow cardboard box. She is very interested in physics and form.

“So if there is a line, and it is like that,” Baker says, pointing out the squareness of the box, “then I explore lines like this.” She flattens the box, illustrating the extreme range of movement and use of space in her work.

Baker then begins discussing “Wonderlawn,” which was inspired by her years working in New York as a dancer during the AIDS crisis.

“When AIDS hit in the ’80s, it destroyed everything in a way that is really hard to explain except to those of us who remained,” Baker says. “The entire community was devastated in a way that affected not just the artists, but the caretakers, the marketers, critics, audience members, choreographers. So, when that hit, there was a tear in the psyche.”

Baker says she spent 35 years developing “Wonderlawn,” an emotionally demanding piece that has left her sobbing. Its followup, “Big Beautiful,” she says, offers an “entire universe of love and optimism and hope and nature.”

In New York, Baker initially studied and worked with ballet icons such as Melissa Hayden, Maggie Black and Finis Jhung. Later, she moved on to the edgy, abstract-dance scene downtown, where she worked with Martha Graham, Merce Cunningham and Mel Wong.

In the early ’90s, needing a permanent U.S. address for a European dance venture, Baker moved to Miami. She has never left.

“I really fell in love with the vibration of Miami, the diversity,” she says. “It has so much richness here. It’s so beautiful and so full of talent. I love the people. I love Little Havana. My truck could break down, and not only would 16 people offer to help me, but 16 people would actually know how to fix it.”

Also a musician, Baker studied and performed classical voice, piano and oboe. “Big Wonder” includes scores by composers Robert Ashley and Gavin Bryars, with whom she has previously worked.

“ ‘Wonderlawn’ is a descent, and ‘Big Beautiful’ is the ascent. And from there, everything will be different. I foresee that I will be working from that platform in the future,” Baker says. “I’m slow. It took me a long time to evolve to another place. But, to me, it has to be true.”