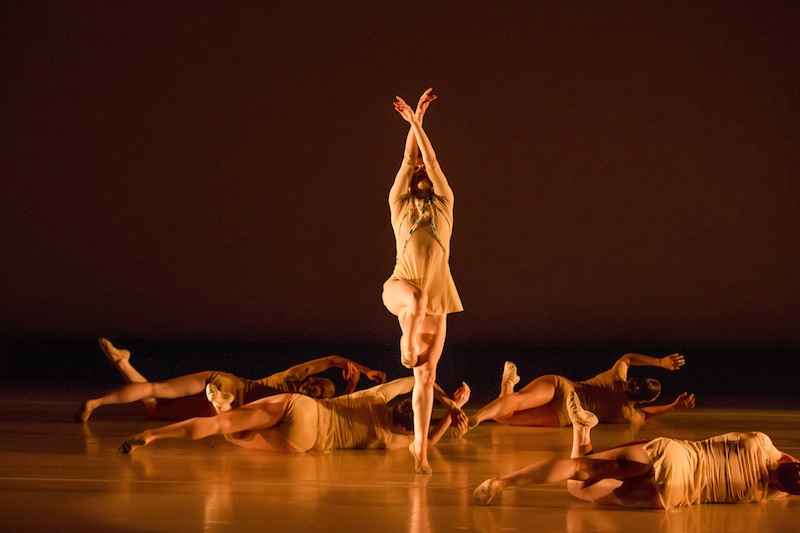 The South Miami-Dade Cultural Arts Center will present The Chicago Repertory Ballet Company this coming Saturday night, the first chance for Miami audiences to see this company, just three years old, and already being heralded by the Chicago Tribune as “wonderfully dramatic.”

One might add “mightily varied” as well. “I want my company to bring a multitude of tones and emotions to an audience,” says Chicago Repertory Ballet’s founder and Artistic Director Wade Schaaf. “I want my audiences to go on quite a ride.”

Saturday night’s performance will include a number of short pieces based on motifs ranging from French Impressionistic Still Life painting to Japanese Butoh dance to chestnuts from Saint-Saens’s The Carnival of the Animals. After an intermission, a longer piece, Four Seasons, set to Antonio Vivaldi’s score, explores where those four Baroque concertos carry us today.

For Schaaf, unlike many choreographers, it is music rather than movement that impels him to create. Schaaf was a musician before he was a dancer — he played sax is in school’s marching band and then the piano. When his talks about a “bucket list” of work he hopes to accomplish, he refers to scores he wants to choreograph to make his own: “Ravel’s Bolero is one,” he says. “And I’m certain I have a Carmina Burana in me,” he adds, referring to Carol Orff’s epic 20th-century reworking of medieval chant.

Doesn’t Schaaf, relatively new at choreography, feel intimidated by taking on such iconic work, some already connected with important choreographers? Might not he worry about being lost in another’s shadow? “Not in the least,” he says. “I don’t think in those terms. Something like heat pushes me past them. I hear music. I feel what it deserves. What needs concern me is being faithful to that feeling.”

Still, his Chicago Repertory Ballet Company is committed to narrative, to the story-telling traditionally synonymous with ballet itself. As much as Schaaf loves showing off the technique of his dancers, he insists that it be grounded in story. “I am not what anybody would call a socio-political choreographer,” he says. “I respect that work in a great many ways, but mostly I just want to make ballets. Still, elements of my own experience in the LGBT community does sometimes find its way into the work.”

It was after an injury ended Schaaf’s career as a dancer in 2011 that he decided not only to turn to choreography, but to simultaneously begin his company. One might have argued that with funding for the arts in crisis, this may not have been the wisest move. But the company is thriving today, even as it faces growing pains. “It wasn’t that I was particularly brave,” Schaaf says, echoing his words about taking on musical masters. “It was time to take a next step. So I did.”

Miami audiences can savor the result.

This article appears in New Times.