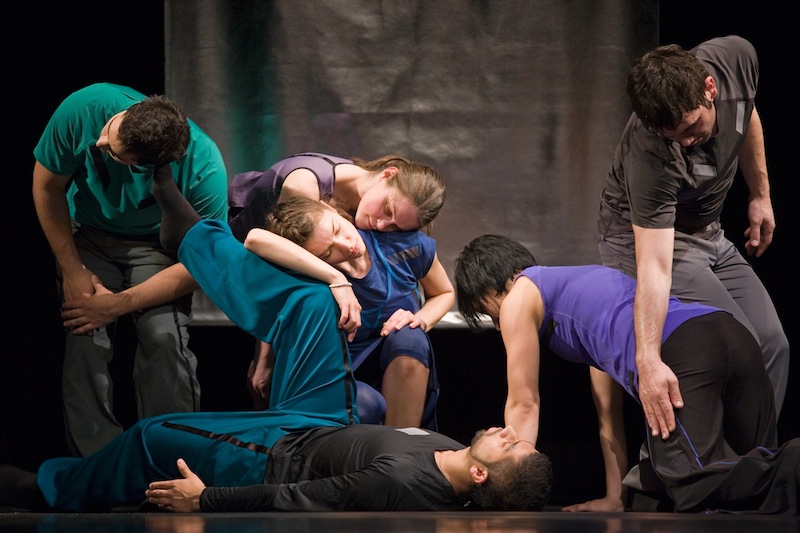 Karen Peterson and Dancers, one of Miami’s cultural treasures, is celebrating its 25th birthday this May. When the group was gathered together a quarter of a century ago, the idea of a “physically integrated” dance company — one comprised of both physically able and the so-called physically “disabled” — was virtually unknown here in the States.

Twenty-five years later, Karen Peterson’s pioneering work hasn’t stopped. As part of the birthday celebration, on Thursday and Friday, she will present two more integrated dance groups, one from Serbia and one from Ireland, in work developed and performed with the Karen Peterson dancers.

The seeds for this performance were planted when Peterson was asked to come to give workshops in the Balkans. The area was still recovering from a long and bitter war. One of the very few boons to come out of that was a mandate to look again at a series of social issues, including a commitment to develop far more inclusive policies towards the “disabled.” No longer were such persons to be merely warehoused in institutions.

Peterson met with dozens of students, dancers and theatrical directors. Perhaps she was most moved, let alone encouraged, by the work of two young Serbs and their company Grupa Hajde Da. The company includes physically integrated dance but goes further. They are committed to including others who have been painfully marginalized in Serbia and beyond: the LGBT community, those using mental health services, youth with development issues. What does all this translate to? This week’s performance will be based on a previous work by this company, a work that explores what is gained and lost when a person presents him/herself with a firmly fixed identity: abled/disabled; gay/straight; sick/well and on and on. What happens if that identity isn’t as solid as one might hope or fear?

“I’ve watched how this company develops its work,” says Peterson. “They love to improvise. And so while Hajde Da will bring those questions to Miami, what audiences here will see is how my dancers and theirs come together to develop a unique version of the answers. The mix will be quite potent.”

This weekend’s the Hajde Da/ Peterson’s dancers performance will focus particularly on cross-dressing as a subversive act. Not incidentally, homosexuality is considered criminal in today’s Serbia. “One of the things I admire most about Hajde Da,” Peterson says, “is its grittiness. The group was born [1999] at a time when nothing was easy in the Balkans. Not even reliable electricity. Still, nothing stopped them.”

The Irish company, Croi Glan, which will also dance with Peterson’s company this weekend, brings a very different sort of energy to the audience. If Hadje Da tends towards the raw and theatrical, Croi Glan — which means Clean Heart — is more about dance as elegance. Although Irish, the company’s base in Cork is close enough to participate in all the cutting-edge work being done in London, the current hub of physically integrated dance.

All in all, this week’s performances will offer Miami an opportunity to further wrestle with our physicality and what it means.