Casa Patas: Flamenco and the Power of Silence 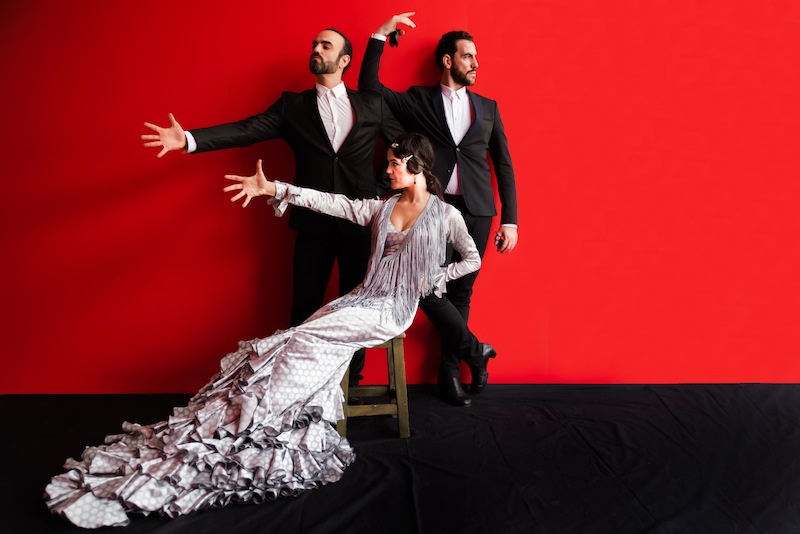 Silencio. Silence. In the words of choreographer and flamenco artist Francisco Hidalgo “dance rests on the beats of silence.” Los Silencios del Baile is making its U.S. and world preview this weekend. Presented by Fundacion ConservatorioCasa Patas of Madrid, it’s a unique interpretation of flamenco today.

This is the 5th year Casa Patas is introducing a program to Miami audiences. Each year it commissions an artist to create and design a show — every presentation is under the direction of a different choreographer, and this year that is Francisco Hidalgo.

Hidalgo, who was born in Cadiz, Spain, has an expansive body of work in the world of flamenco. He has toured internationally with a variety of companies and artists including appearing at Lincoln Center in the U.S. premier of “Los Abrazos Rotos” by Pedro Almodovar. He has received numerous awards for his work in flamenco, such as the second place winner at the 50th International Canta Festival de Las Minas/2010.

Appearing on the program with Hidalgo are Lucia de Miguel and Ruben Puertas, both natives of Spain who have performed in various flamenco companies.

Casa Patas appearance is a part of the season of FUNDarte, an organization founded by Ever Chavez in 2004. Its focus is on the work of artists from Latin America, Spain, and the Caribbean. Chavez attends theater performances and festivals, both national and international, to keep abreast of new works being performed. FUNDarte then brings in some of these companies to perform in Miami. “I keep an eye out for what’s new and what’s going on in the world,” explains Chavez.

Chavez was a theater producer in Cuba; he was executive producer of El Publico — a Havana-based company that toured internationally and was acclaimed by audiences. FUNDarte is a “multidisciplinary organization which is dedicated to producing, presenting, and promoting music, theater, dance, film and visual arts that speak to Miami’s diverse cultures with an emphasis on Hispanic arts and culture,” says Chavez. The organization also presents No Borders, a series of national and international events that occurs from October through January. This includes programs for children as well as master classes and workshops. Chavezplaces emphasis on community involvement in the arts.

Los Silencios del Baile is an innovative collaboration between Casa Patas and FUNDarte, an opportunity to experience flamenco through its passion and its echoing silence.