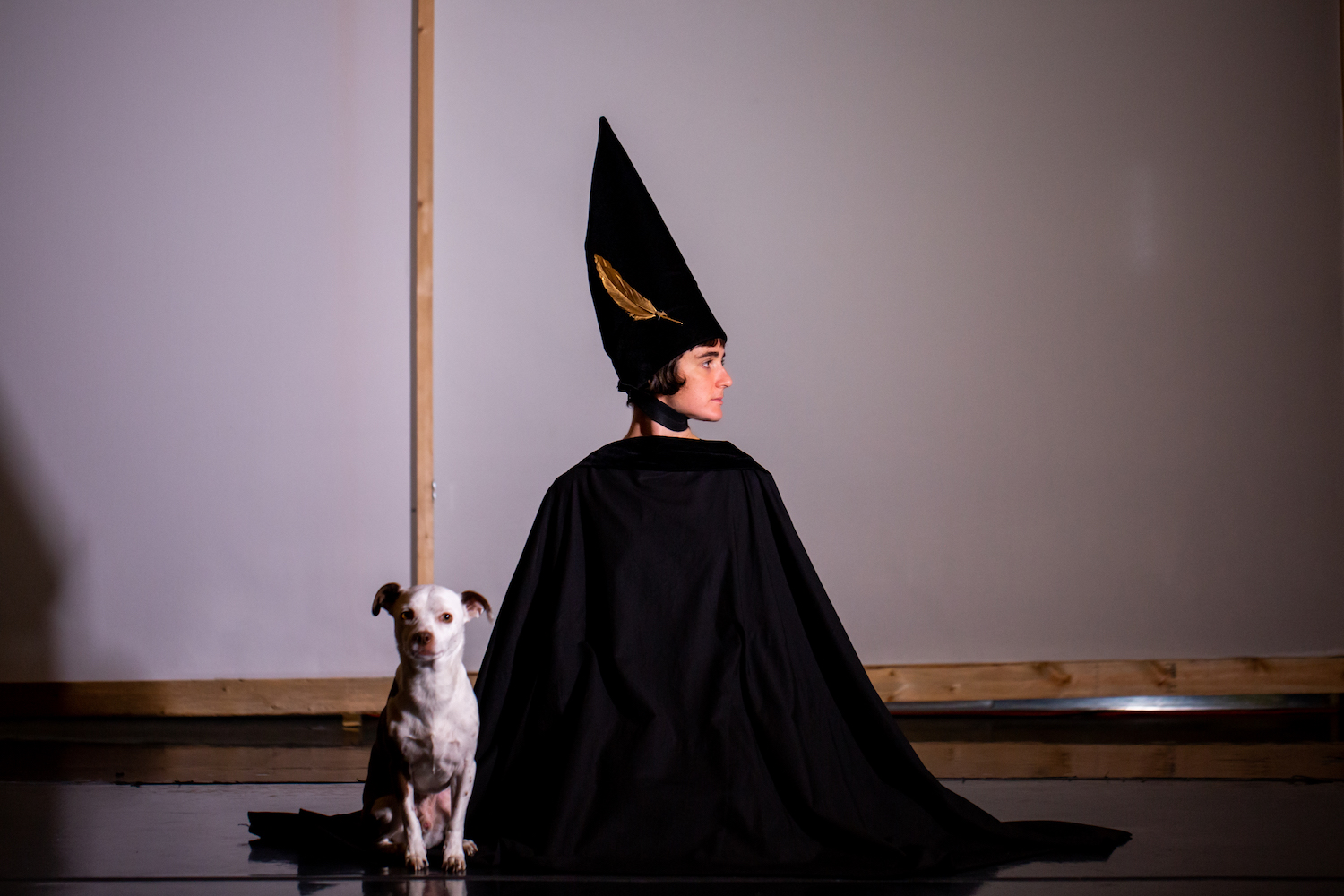 In an era when grandiose titles such as Operation Enduring Freedom and Operation Warp Speed routinely announce mass mobilizations, Miami choreographer Brigid Baker has named her newest program, “Operation Birdsong,” with an emphasis on the word “opera.”

For Baker, opera is an all-encompassing artform, and her latest program “is a poem and an opera in a fever dream, whose structure erases itself and vanishes, and is designed to expose emotion. A poem is slippery and can move in between worlds, it doesn’t have to offer clarity or hope or vision, it only has to make us pay attention to the world.”

Through “Operation Birdsong,” the brigid baker wholeproject company showcases human beings’ kinship with their bird cousins — from shared song patterns to the over-the-top displays of color and costuming both species can exhibit. Presented at Miami-Dade County Auditorium’s On.Stage Black Box Theatre from Nov. 11-14, 2021, the show forms the second installment of the company’s three-part trilogy that also includes “Crown” (which debuted in November 2020 as a drive-through experience) and “Return of the Bird Tribes” (scheduled to debut spring 2022).

For decades, the calls of birds have seemingly changed due to greater urban ambient noise. When the pandemic hit, some changed their tunes entirely.

“The sudden quiet enabled them to hear each other on a wider scale and vary their communication. They sing now more quietly in a lower tone, but with more flourishes,” Baker continues, as she pins a loop of fabric tight under the arm of wholeproject dancer Isaiah Gonzalez in the company’s 6th Street Dance Studio in Little Havana.

Gonzalez steps back and moves his arms in the altered costume. Half-dress, half-cape, the white fabric billows, sail-like, with patterns of bright yellow and mauve circles.

Nearby are two, 5-foot-tall blue papier-mâché robin eggs and against the wall is an enormous “nest” the size of a barn door. Baker refers to the nest as a mandala that will float across the stage at key moments of the performance, with brooms hanging beneath it.

During this recent rehearsal, Gonzalez then lines up on the opposite side of the studio along with two other dancers, Amy Trieger and Meredith Barton. After a narrator recites the names of birds, a brief recording of their specific song plays. With each new bird call, the dancers shift their movements. The screeches of the blue jay, for example, trigger quick steps, with the dancers tightly sandwiching one another, while the puffin’s call inspires long, sweeping leaps. 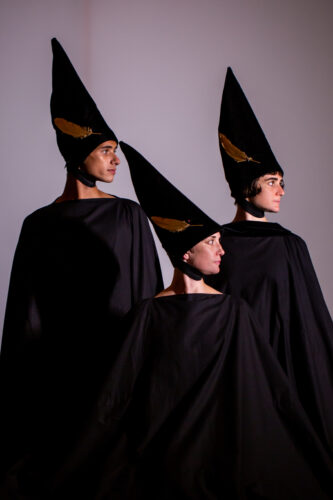 At the eagle’s scream, the three plié deeply, torsos bent toward their side, while for the seagull they stretch at an angle. As they shuffle through the sequences, they often snap out birdlike shifts of their head, quick ankle-height kicks, or fluttering twists of their wrists.

Video also forms an essential component of “Operation Birdsong.” Baker affectionately terms her own videos as “slash-and-hack jobs.” But audiences who have seen her films know they feature poignant, tongue-in-cheek edited clips sourced from the web and often teeming with gorgeous natural images set to music.

Sporting a crown of white feathers and a white cape hanging from her shoulders, Sills looks like a fantastic bird performing a mating dance.

“If I take clips of operas and put them alongside birds in song, we are similar, down to the plumage,” says Baker, as the video shifts to common songbirds warbling their tunes.

“Also, Justin has the sound wired in the theater to give a surround-sound effect to the bird calls,” she adds, referring to Justin Trieger, digital multimedia artist, recording engineer and manager of New World Symphony’s collaborative, internet-based projects. Trieger consistently contributes videos for wholeproject programs.

With so much emphasis on music, the program also includes Baker’s sister, Bertilla Baker, singing a cappella Irish folksongs.

The video ends. The dancers do a quick costume change, donning black robes and velvet black hats angled like a tuft of feather on the head of a bird. Each hat has a gold feather sewn into its side. The performers line up on the far side of the studio, facing away.

As a husky male voice recites the Wallace Stevens poem, “Thirteen Ways of Looking at a Blackbird,” the dancers sweep the floor, beating their arms overhead and to their sides, then launch into tight pirouettes before falling out to sweep across the floor again. The choreography comes off as part-dance, part-ritual invocation.

Baker sees the COVID-19 pandemic as an opportunity for people to recalibrate their priorities.

“We’ve lost 3 billion birds worldwide since the 1970s,” she says. “And the idea that we would let their songs disappear is insane.”

To read our Spanish-language preview for this event, click here.

SAFETY PROTOCOLS: The facility “strongly” encourages the continued use of face masks for indoor performances. Disposable face masks will be available. For more information, go to miamidadecountyauditorium.org/coronavirus-updates.