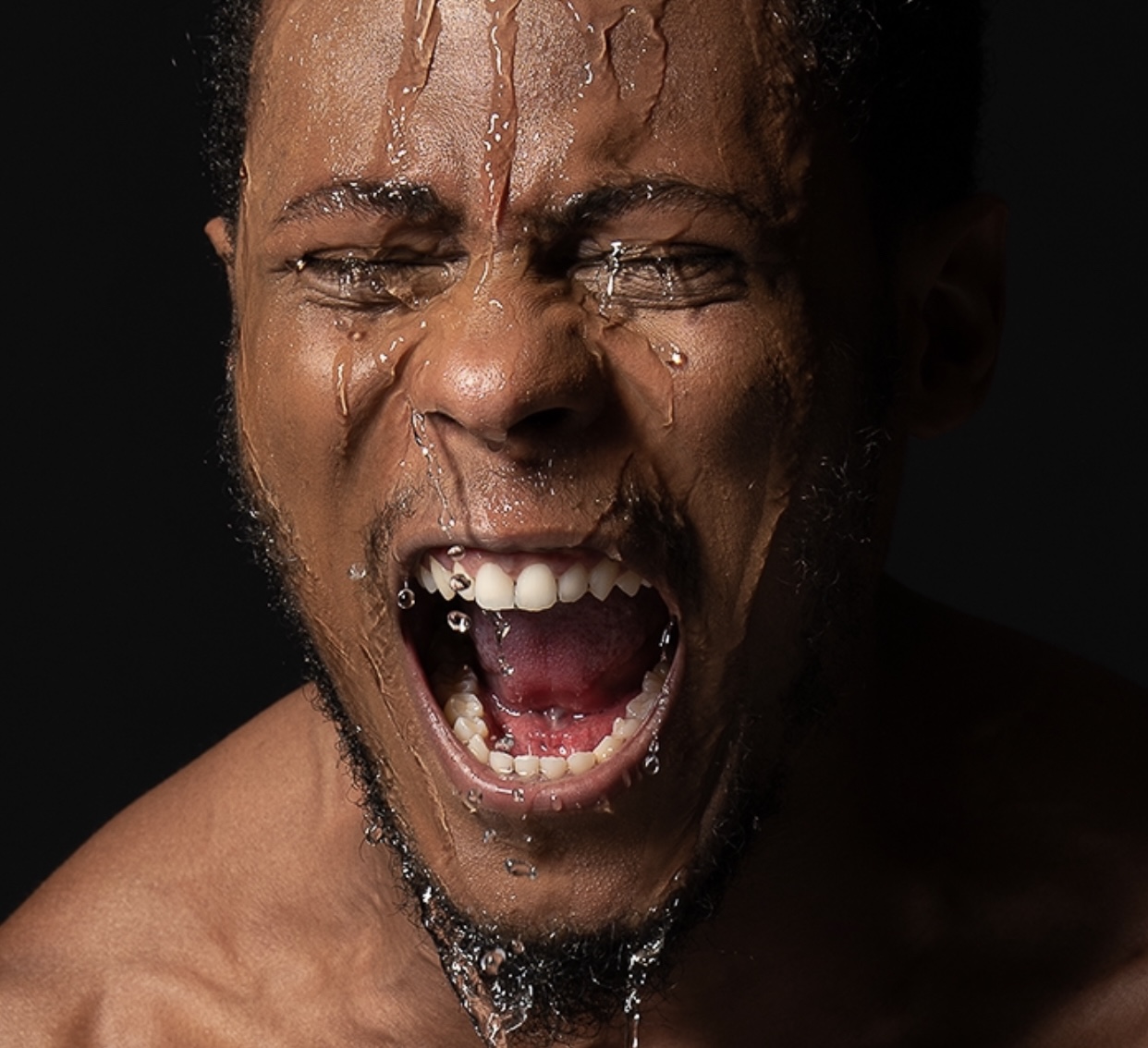 Karl Stephan St. Louis is among the dancers performing in Randolph Ward’s “Boys Will Be Boys” at Miami’s Sandrell Rivers Theater. (Photo courtesy of Roi Lemayh)

Miami choreographer Randolph Ward’s latest work, “Boys Will Be Boys” — debuting July 10 at the Sandrell Rivers Theater — confronts the emotional landscape masked by such bromides as it examines the complexities of growing up male in America.

Where intellectuals and academics talk about toxic masculinity, Ward lived it as a ballet dancer with the San Francisco Ballet.

“When I was a professional ballet dancer, I always had to put on a mask,” Ward says. “In classical ballet, the men are strong and the women need saving.”

For Ward, the issue was one of body type. “The image of maleness classical ballet projects didn’t really fit me because I’m tall, long and thin. I would meet people after a performance and they would be surprised and say, ‘But you are so masculine on stage.’”

He recalls a moment in San Francisco when “a very famous ballet dancer” took him to task.

“During rehearsals one day, I was in a tutu and pretending to be a girl.  She pulled me to the side and said, ‘We don’t care what you do outside but don’t you dare do that in the studio.’”

Experiences like these inspired Ward to tackle the theme of toxic masculinity in a short work, “What Makes a Man,” that debuted in 2019 for Dimensions Dance Theatre of Miami’s lab theater series. The work, which explored male femininity and homophobia, featured a duet between dancers Natanael Leal and Kevin Hernandez.

“The full evening is a spin-off of that duet,” Ward says.

The July 10 program, which starts at 8 p.m. and is followed by a post-performance talk, will also include Leal, along with CC Glitzer, Ariel Miyake-Mugler, Karl Stephan St. Louis, Ryan Nicolas DeAlexandro and Sascha Baer.

Through solo and group pieces, the dancers tackle the raw feelings behind homophobia, male emotional unavailability, fraternity and locker room culture, and masculinity as a performance.

Leal, who identifies as nonbinary, performs a work about the experience of locker room humiliation. Growing up in a favela in Rio de Janeiro, Leal was the first to come out in the family.

Ward recorded Leal’s voice reciting slurs in Portuguese, Spanish and English — words often directed at Leal both in the favela and in the United States.

“I am representing in my piece what society dislikes the most, femininity in the male figure,” Leal says. “The story I am telling is the story of my life, not knowing why I was being hated for being a fem person.”

Ward left room for the performers to reflect on how they survived the experiences reflected in their pieces.

“For people like me, we don’t have a choice — it’s a life-or-death situation,” Leal says. “A younger me created a persona that allowed me to walk through the world, knowing at any moment I could be killed. My family used to agree with other people’s judgments and tell me I should die.”

Those conflicts followed Leal to Miami, even within the dance community.

“People would doubt my ability to dance a work because I am nonbinary,” Leal says. “The dance community wants you to believe it is a safe place for queer artists, but that is not the case. If they look at you and think you are queer, they will doubt your ability.  A dancer who passes as straight does not raise those doubts.”

Working with Ward was the first time Leal experienced immediate acceptance as a nonbinary dancer on the basis of talent. Leal found in Ward another artist who immediately understood the struggle.

“In 20 years as a dancer, preparing for this ballet was the first time I had to ask for five minutes to go to the restroom and cry,” Leal says. “I never thought anyone would be interested in hearing what I went through. I tried to forget these emotions because I needed to survive. This piece is a like a chance to move on for myself.  I feel like I’m saying to myself, ‘You’re going to go through this, and then move on.’”

Glitzer – a German drag artist and Ward’s partner – performs a piece that examines  masculinity as a performance. Glitzer lip syncs to the song, “I’maman,” which was released in 1973 by Jobriath (the stage name of Bruce Wayne Campbell), the first openly gay artist to be signed to a major record label. 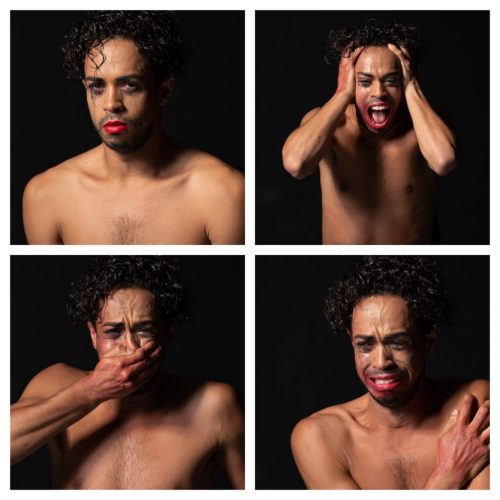 Natanael Leal performs a work about the experience of locker room humiliation in “Boys Will Be Boys.” (Photo courtesy of Roi Lemayh)

Glitzer’s passion for drag as an artform grew out of her interest in makeup and styling hair.

“The art of drag allows me to bring joy, smiles and laughter to my LGBTQIA+ (lesbian, gay, bisexual, transgender, queer/questioning, intersex, asexual/allied) community and others, giving them a brief break from the daily stresses of life,” Glitzer says.

Interestingly, Glitzer’s piece in the program spotlights an act of “de-dragging.”

“To ‘de-drag’ on stage is a powerful statement to me,” Glitzer says. “At first, I thought it would make me feel more vulnerable. but it has actually had the opposite effect. It is making me even stronger and realizing even more that ‘we are all born naked and the rest is drag.’  We are all basically playing a role and pretending to be something other than ourselves to survive the daily grind of life.”

Asked what he hoped audiences would take away from the program, Ward muses: “I want the performance to start a conversation around humanity.  When I lived and worked in Germany, the Germans talked about what was going on, but in the U.S., we don’t talk about anything.”

WHAT: Choreographer Randolph Ward’s “Boys Will Be Boys”

COST: $30 for general admission; $25 for seniors, students and veterans