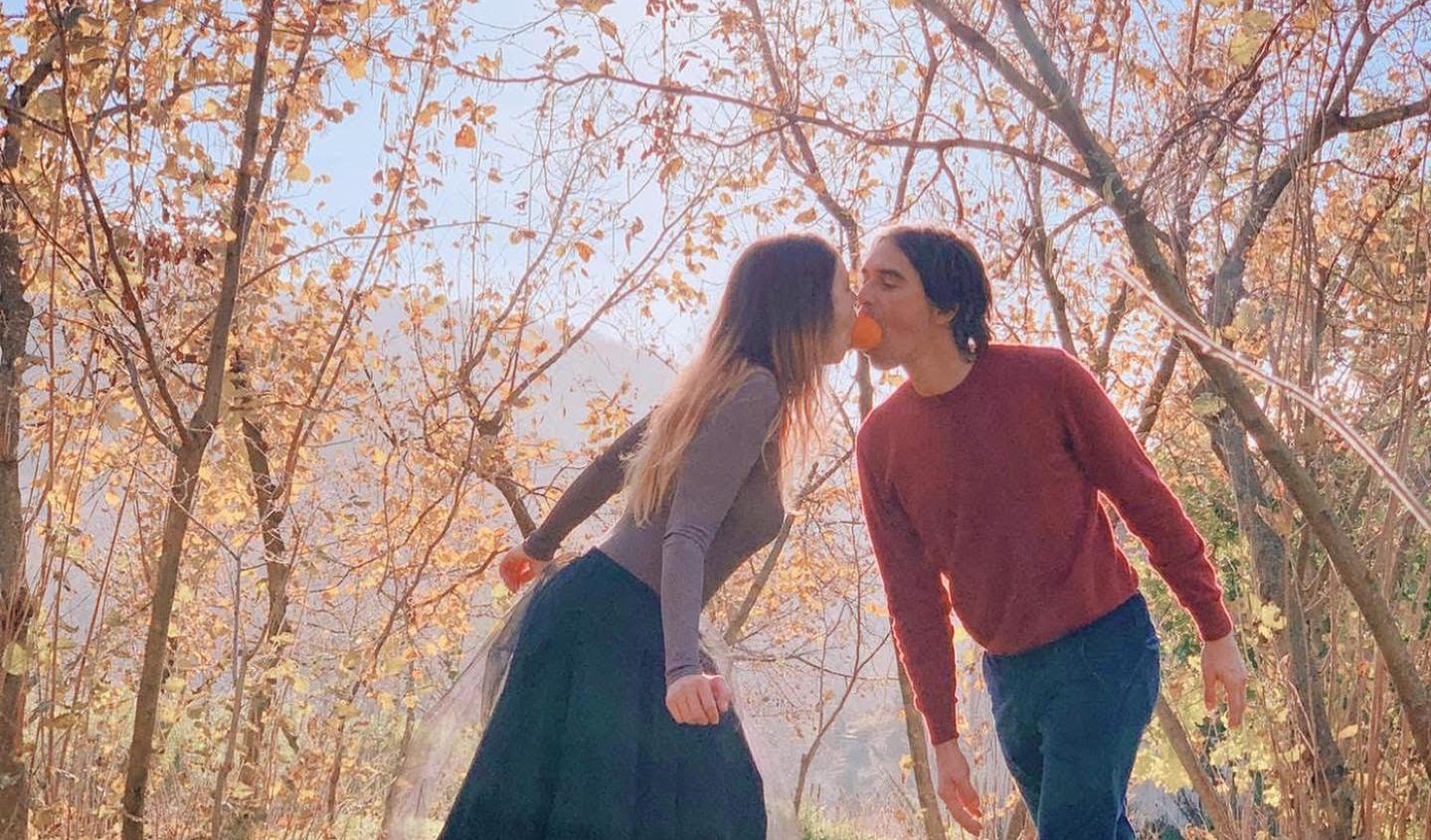 The couple at the heart of “The Commune – Chapter 1: A commune of oranges” were played by Carla Forte and Osmany Tellez. (Photo courtesy of Giovanni Ambrosio)

Searching for the meaning of an especially vivid dream can become all-consuming.

In an intense, hourlong show, BPT deployed dance, theater and film to shake the settled approach to people and things that dominates waking consciousness. The piece was directed by Bistoury co-founder Alexey Taran and starred co-founder Carla Forte and dancer Osmany Tellez.

The performance on Jan. 12 began with a film showing Forte and Tellez eating dinner. In it, Forte described to Tellez a dream where she became an orange tree that was cut down. The dream continued with them both becoming dogs. The dream’s subjects ranged from pasta and sex to the pleasures of beer.

As the film ended, the lights came up on a stage scattered with oranges – on the floor, hanging from the ceiling and piled in a large steel tub. A scene of an orchard was projected against the back wall.

In a black skirt and red top, Forte began a slow, sinuous dance toward the audience, as Tellez crouched behind her, shuttling forward monkey-like to a soundtrack of a revving motorcycle and a noisy crowd. Tellez went to all fours, dog-like, as Forte continued to walk-dance accompanied at the front of the stage by keyboardist and sound designer Dee Bertoldi, who hummed along to the recording of a male singer.

A series of vignettes followed that developed the themes Forte described in her dream with striking images that re-enacted dream logic and associations.

Certain vignettes dislodged customary expectations of behavior. In one segment, Forte danced salsa, sometimes walking hand over eyes, neon lights forming a large triangle on the floor.  As she did so, Tellez repeatedly called out, “Bah,” his leg springing before him. The effect of the two became increasingly hypnotic as their bodies moved like suspended puppets – Tellez resting an elbow on Forte’s shoulder as they high-stepped toward the audience.

In another scene, Tellez laid down a beat by clicking his tongue as Forte scatted and shimmied at the center. He offered her an orange, and she held it in her mouth before he began to chase her. Finally Tellez also bit down on the orange, and they spun wildly across the floor in a sensual embrace, holding the orange gripped in their mouths.

For other vignettes, the images were the key. In one, a black scrim lowered across the stage and both performers took a seat behind it, facing the audience and wearing black masks. On the scrim, a video image of Tellez’s face appeared over Forte’s body and her face appeared over his. A film of Forte’s face described her passion for pasta, and Tellez moved his arms and hands to emphasize her speech. 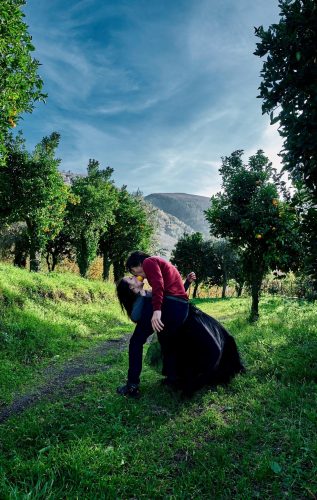 The performers used dance, theater and film to shake the settled, common-sense approach to people and things that dominates waking consciousness. (Photo courtesy of Giovanni Ambrosio)

Later they reversed roles and Forte gestured as Tellez described his obsession with the carnality of sex. Here, the head-body reversals performed by the couple spoke to the compulsion couples experience to project onto their partner what they think makes the other tick.

“The Commune” closed with an arresting final image. Blue with fluorescent light, the stage had projections of phrases such as “en el fondo de su pecera” (at the bottom of your fish tank) and “dando lentas vueltas” (circling slowly) appearing on the back wall and on the performers’ bodies. Sheets of white powder fell like snow from the ceiling, cutting the stage in half.

Forte put on a long dress of black crepe, whole oranges sewn among its folds. She waved her arms to the sound of the wind as the harpsichord and viola da gamba laid down the opening measures of Handel’s aria, “In un folto bosco ombroso” (In a thick and shadowy wood). From time to time, Tellez picked an orange from Forte’s dress as she waded through the white powder, slowly waving her arms to the phrasing of the vocals. It was an extraordinary image, in which the potency of the performance picked up the logic of the dream Forte had described in the opening film.

Many of the images BPT created for “The Commune” were surprising and one of a kind. The strong applause on Jan. 12 from an appreciative audience pointed to Miami’s readiness for the recent sudden growth in South Florida’s experimental performative arts scene.