Ballet of (Wo)Men: Dimensions Dance Theater of Miami Looks to Even the Score 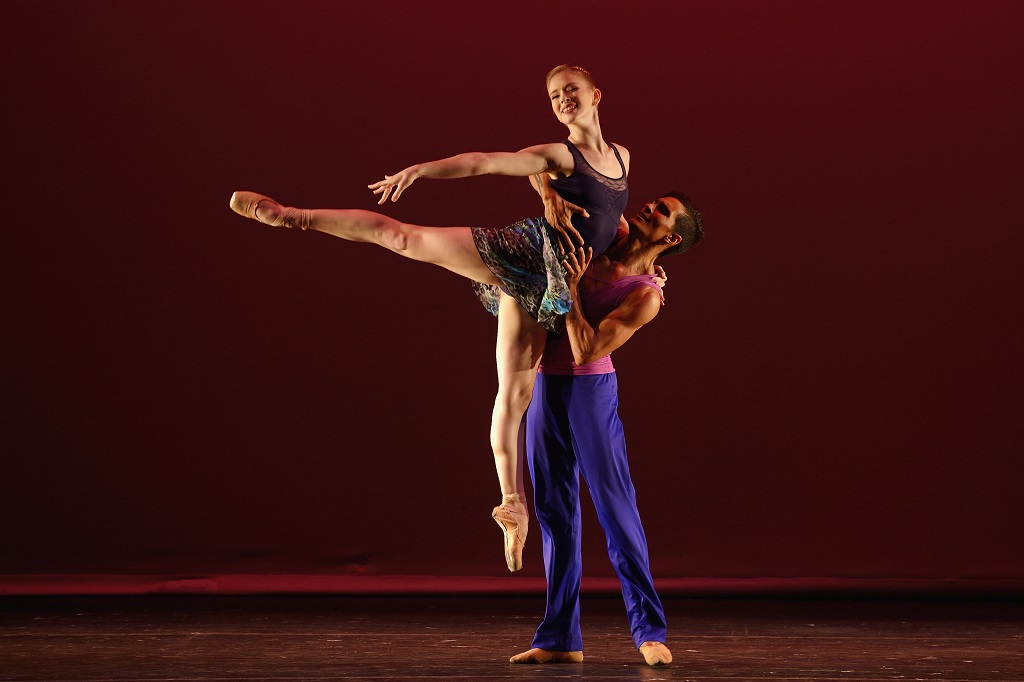 At a time when #MeToo and the resignation of New York City Ballet’s powerful director Peter Martins’ scandal have  re-fronted the issue of sexual harassment in the arts, Miami’s newest dance company, Dimensions Dance Theater of Miami, continues to tackle gender issues in ballet head on. In May at the South Miami-Dade Cultural Arts Center’s Black Box Theater the company featured a program composed of works by five female choreographers.

When asked why these pieces were chosen for the program, artistic co-director Jennifer Kronenberg reflected: “These ballets exhibited contests between men and women where neither one gender or the other came out on top. Some of the pieces are more competitive and some cooperative, at least in terms of energy and technique.”

Some would say that Balanchine was not known for ballets that emphasized gender equality, but Kronenberg added, “We’ve chosen the Balanchine ballets for this program carefully. In most of his ballets the men disappear but in these pieces the men are busting it.”

Audiences have grown accustomed to DDTM programs that stretch their minds, but the Balanchine ballets may also pose a stretch for some of DDTM’s dancers.

Asked what she thought most challenging about the ballet, Martinez said, “It is faster than the way we used to dance in Cuba. The way we are trained to move is different. Coming from Cuba we don’t accent movements too much. In Balanchine we see the contrast in dynamics and we use a lot of syncopation.”

On the other hand, Justiz exuded confidence about the program. Familiar with Balanchine’s repertoire from his time dancing in Washington, Justiz had stopped dancing altogether until recruited for DDTM by a persistent Carlos Guerra, the other co-founder who along with Kronenberg both danced with Miami City Ballet.  “Feels now like I made a real good choice,” said Justiz.

“The piece is intimate and personal with an emotional arc. Boy and girl meet, move from curiosity to playfulness and then enjoyment of one another. I spend a lot of time appreciating her [Martinez’s] movements.”

To coach the dancers in the fine points of Balanchine technique, DDTM has invited back to South Florida Miami City Ballet founder and former artistic director, Edward Villella. “It is special for me to have him here,” said Kronenberg. “He was the one we learned these ballets from. Why not let the DDTM dancers hear it from him directly?”

When asked how it felt to coach the dancers of his former protégés – Guerra and Kronenberg – Villella replied by email: “Jennifer was my first choice to replace me at MCB. Jen was the first person who understood my class, and class is the key to developing young dancers. She was suited to the manner, style and approach of our entire repertoire. I am naturally proud of them both as directors.”

Villella also pointed out that dancers trained in the Cuban tradition have had no exposure to the neo-classical ballets most often danced today. Certain technical elements are foreign to them.  As Villella observed, “the landing of a jump is instrumental to this by using the speed from your landing to attack the next step.”

In what’s sure to mix things up, DDTM’s July program also includes the world debut of Reale’s Tangos del Plata. Dancer Eduardo Iglesias has been tapped to dance the piece with Freytag and three other couples, who received coaching from the winners of the world tango competition on tango’s fine points.

“The choreographer, Leonardo, asked the guys to think of the matador who is a very strong character, very macho, trying to control everything,” said Iglesias. He pointed out that audiences should not expect to see a traditional tango. “We play with the steps and use them to show the Vai-Ven (go away-come here) of the war between the genders. In tango sometimes the man is in control, and sometimes it is the woman. The piece is exhausting because it is as emotional as it is physical.”