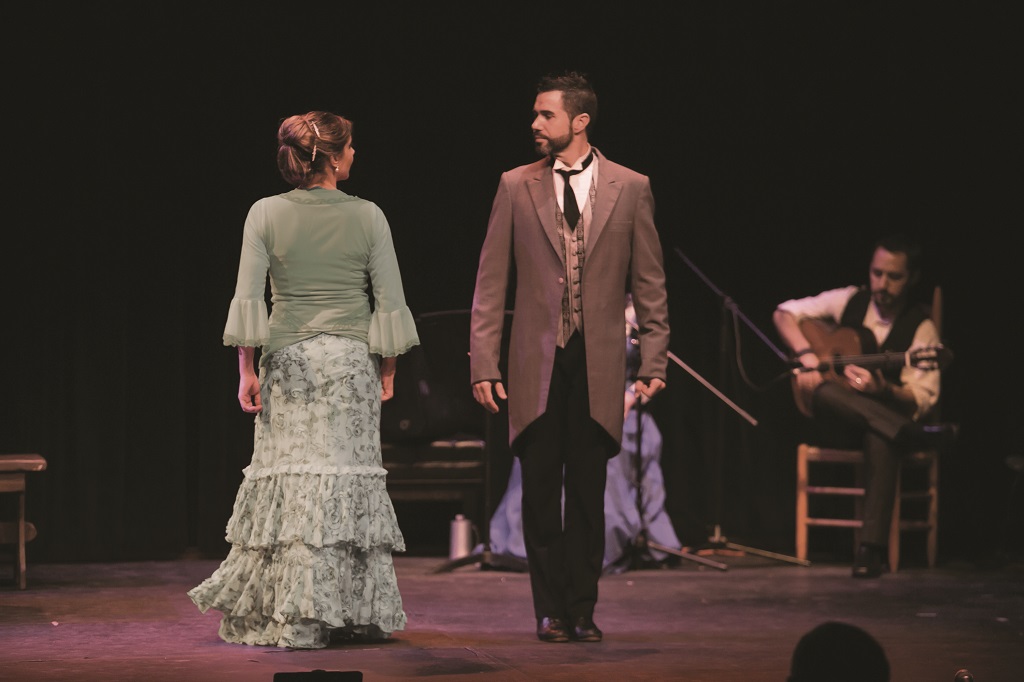 Tennessee  Williams’ play “Summer and Smoke” had its premiere on Broadway in 1948, and this weekend it will be reprised flamenco style, by Ballet Flamenco La Rosa – likely the first time a work by Williams has been translated into the language of flamenco.

“Summer and Smoke” is set in Mississippi in the early 1900s and tells the story of the conflicted spiritual-sexual relationship between Alma Winemiller (an unmarried minister’s daughter) and John Buchanan, the provocative young doctor next door. “Summer and Smoke” was written after Williams’ iconic “A Streetcar Named Desire,” and there are comparisons between Blanche DuBois and Alma Winemiller. Both are struggling with the social repression of women in a particular place and time. “There are a lot of similarities to today’s society — there are still people who are repressed,” says Raquel Lamadrid, who portrays Alma in the production.

Ilisa Rosal, artistic director and founder of Ballet Flamenco La Rosa, stays true to Williams’ play in “Verano y Humo,” bringing the characters to life using the depth and subtleties of flamenco. “Flamenco is a universal language…it’s a direct emotional expression, you know what they [the characters] are feeling,” explains Rosal.

Rosal’s process for “Verano y Humo” started a year ago when she decided to produce one of her favorite plays. She then contacted the flamenco artists she felt would be a good match for her adaptation of the play. It is a large cast with 14 characters — seven men and seven women. Rosal was involved with every aspect of the production. She wrote the script, keeping the most important events, images and metaphors of the play.  “The characters are very complex, it gave me more to work with,” says Rosal.

The next step was to assemble the artists, which was done through Skype as the cast members were working in different parts of the world. With “Verano y Humo,” three of the dancers were in Madrid and were able to work on scenes together. After that, the cast rehearsed in Miami for two weeks. Rosal coached the artists on the dramatic aspects of the play, having been an actress herself. Rosal started acting before she came to flamenco, and this production unites these two worlds to create a new medium of expression.

Ballet Flamenco La Rosa was founded in the 1980s, a time when Miami was just beginning to build its cultural institutions. The mission of the company is a dedication to flamenco as an evolving art form, and that remains the same to this day. It was one of the first flamenco companies to create a fusion of flamenco with other art forms such as jazz, tap, blues and Middle Eastern music and dance.

For the past several years Rosal has been producing flamenco ballets from the works of some of the world’s greatest playwrights, such as Ibsen and Shakespeare.  Rosal says this type of work requires a different level of artists. These ballets involve subtext that flamenco dancers do not usually deal with. “They must be intentional with every movement,” and each character in the play has his or her own personality and dance style. Rosal says flamenco is more than capable of handling the vast array of emotions presented in Williams’ play.

Williams was a complicated man, “ Summer and Smoke” is a complex play, and  “Verano y Humo” is an innovative production that captures the spirit of the original production. It is not often one can see a work by Tennessee Williams and flamenco conjoined.

This video clips shows the cast of “ Verano y Humo” in rehearsal: https://drive.google.com/file/d/1S_k_oFHHh_rf0LiYZPZ-XAhR04cpcu2P/view