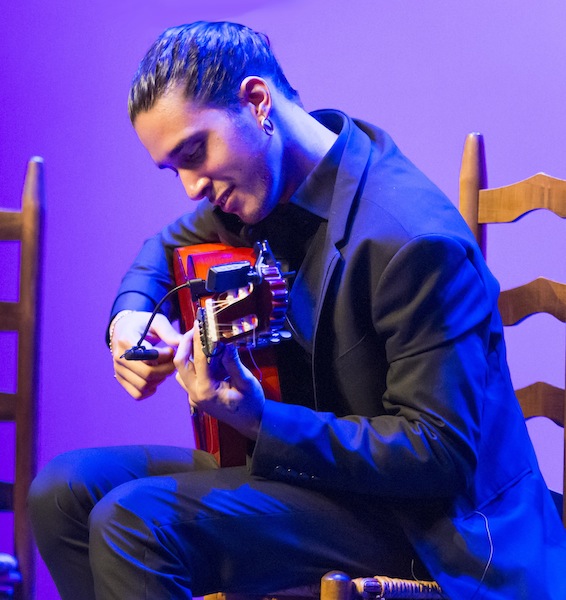 Ballet Flamenco La Rosa’s studio evokes the feel of a tablao in Spain. The strumming of the guitar, the rapid-fire rhythms of footwork against the floor, and the soft voice of the singer reaches across time and place. The piece being rehearsed, “La Casa de la Muñeca” (inspired by Henrik Ibsen’s “A Doll’s House”), also is timeless and carries universal themes, dealing with anxieties that resonate in the most innate way. “La Casa de la Muñeca,” as adopted by artistic director Ilisa Rosal, is a marriage between drama and flamenco — an art form filled with passion. It will be performed this weekend at the Colony Theatre in Miami Beach.

Rosal has gathered together exceptional artists from across Spain for this production. Using recommendations from friends and conducting her own Internet search of artists performing in tablaos in Madrid, Rosal found her Nora in Irene La Sentio. “I could tell in less than a minute that she had the qualities Iwanted.” A native of Sevilla, La Sentio has toured internationally and is making her Miami debut with “La Casa de la Muñeca.” “Flamenco has all the elements to express the drama of ‘A Doll’s House,’” she says.

“Dramatic narrative ballet is part of the flamenco tradition,” explains Rosal. “Earlier works [such as “Carmen” and “The House of Bernarda Alba”] remained close to the Spanish themes…I’m taking it a step further – taking what is traditionally not a Spanish theme and making it so…. It’s good for the art form to stretch and grow, then come back to its roots.”

Ibsen’s “A Doll’s House” was met with much controversy and outrage when it was first performed in Copenhagen in 1879, and it continues to engage us today. With the protagonist Nora’s journey and its tense plot and complex characters, there is something universal in its themes: the unraveling of a family, illusions of contentment, the search for identity, relationships between the sexes, and women’s role in society are all pertinent today.

Singer and lyricist Alicia Morales says she read the play many times before formatting it to flamenco. Born in Granada, she trained with some of the best flamenco artists in Spain, and was just 14 years old when she made her first recording. This is her second collaboration with Rosal, having worked on the powerful production of “The Seagull” last season.

This is Eloy Aguilar’s fifth appearance with Ballet Flamenco La Rosa. He brings to the stage a masterful presence as Krogstad, who is blackmailing Nora. He says he enjoys playing the “bad guy” in the production and whose character is “more in theme with flamenco’s temperament.” Oscar de los Reyes is playing the role of Torvald, Nora’s husband. He is from Sevilla and began his flamenco training there. “La Casa de la Muñeca” is different from what he usually does as a dancer, he says; to interpret his role he must also be an actor.

Nora undergoes a transformation, and the young artists working with Rosal seem to be making their own transitions. They developed their artistry playing in tablaos, and while “La Casa de la Muñeca” is presented on a different type of stage, it’s allowing them to expand their skills and expertise to push themselves into new territory — much like Nora’s awakening to her unfulfilled potentials. “Any time a dancer works with a new choreographer it’s challenging, in any genre,” says Rosal.

In the studio Israel Heredia quietly plays his guitar. Now living in Miami, he’s far from his native Sacromonte, Spain. Raised in a family of gypsy flamenco artists, he started playing flamenco guitar at the age of nine. He worked (by Skype) with Rosal on the music for the production. He says he “listens to all type of music, all the time, to get ideas.” Heredia speaks of reaching inside oneself to find something that is “dormant “ inside of you to relate to the music.

Rosal’s studio appears to be a junction between the different interpretations of flamenco. As the wordsof Ibsen come to life through flamenco, it’s hard to tell where the tablao ends and the stage begins.