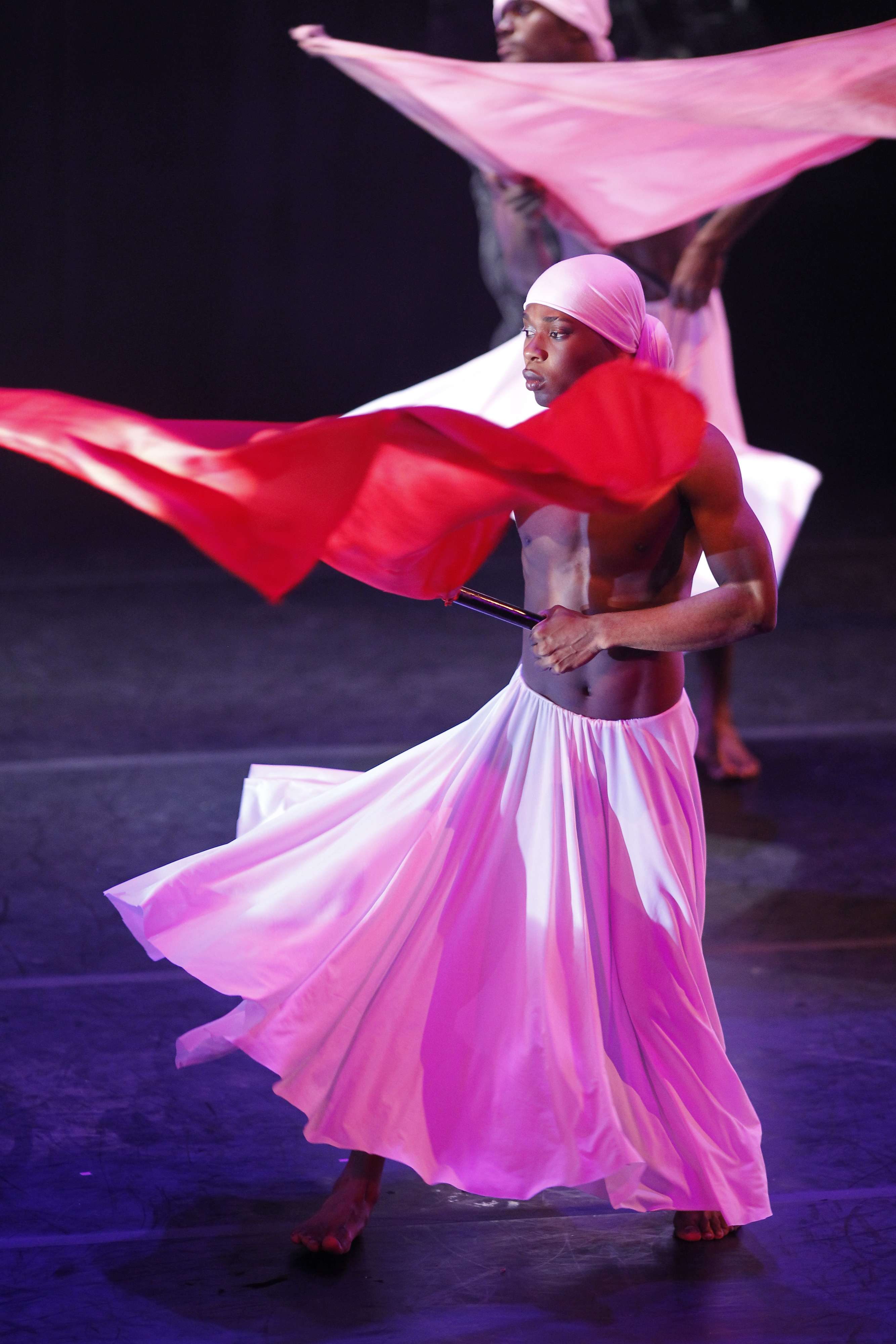 Haiti’s premiere contemporary dance company Ayikodans returns to the Adrienne Arsht Center for the Performing Arts this weekend for four shows. In collaboration with the Green Family Foundation, the Arsht will present the program in three parts, including the world premiere of Tribulations and a revamped version of Danse de l’araignee/Dance of the Spider. We met up with artistic director/choreographer Jeanguy Saintus this week and spoke about love, spiders, dance and the complexities of life’s “tribulations.” What, for instance, was the inspiration for the creation of Dance of the Spider? “I always dreamed of doing a piece with the rhythm of the spider, I love the moves and love the spirit,” says Saintus. “I was lucky enough when the Arsht Center commissioned a piece for Ayikodans in 2011; I think it was a great gift for Danse de l’araignée to honor [the Haitian spirit] Gede Zarenyen. The magic of lighting from Al Crawford made the adventure even more interesting.” Crawford, world renown for his work with Alvin Ailey and other top-level projects, says that he “was introduced to Ayikodans and Jeanguy Saintus through John Richard, president of the Arsht Center…. He told me about the company, its history, about Jeanguy’s vision and what he had witnessed at a recent company rehearsal in Haiti. He was passionate about what the company could look like with equally as powerful lighting. I jumped in without hesitation.” Saintus spent time contemplating its evolution. “Dance de l’araignee is like a new piece. I had new ideas, new vibes that I decided to share with the audience. And I added two new sections.” As for some of the other inspirations for Tribulations? “The last movement, the last solo of Tribulations is inspired by a real story. Very sad though. A young dancer that I met only once at the opening of our new studio [built after the earthquake] was beaten severely by the police and died a few weeks later due to his injuries. This guy sent me lots of messages on Facebook to ask me when he could audition for the company apprenticeship program. One day I saw RIP posted on his page. I was shaken.” He says Tribulations draws on universal images and gestures, as well as a specific Haitian background. “The language I use in all my creations is universal, I create in chaos, I don’t allow myself to be limited. Of course I could say that people will always feel or see the Haitian experience in my artistic approach once they know my country of origin. But someone who sees Tribulations can’t hardly discern the choreographer’s identity because none of the music is from a Haitian singer or composer. The story belongs to the universe.” Tribulations and Dance of the Spider will be performed Friday through Sunday with evening and afternoon times at the Arsht Center of the Performing Arts, Carnival Studio Theater; tickets $35. For schedule and reservations, go to www.artshtcenter.org.